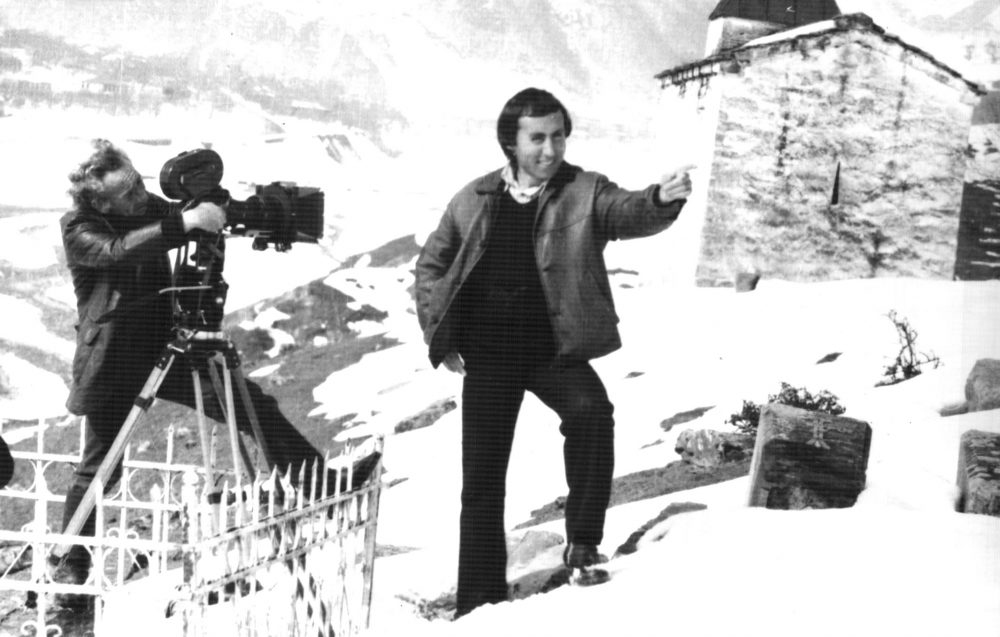 The stories which make up Human Sadness are marked by great brutality, directed especially towards women and children. Some of these acts of violence are prompted by the harsh, semi-pagan traditions of these remote villages; others are more spontaneous. The whole farcical campaign to conquer the other villages is a reassertion of tradition, of a Chokhian man’s right to claim any woman as his wife and not be refused. After conquering every village in the gorge, the Chokhians discover that Ketino, the woman this has all been about, is already dead. The triumphant villagers stumble upon her funeral and, without really reckoning with this tragedy, return home in silence. The whole endeavour was ultimately a senseless waste of time.

Our triumphal campaign came to an end at her grave.

Just as we were burying her, Galilei rushed over and from a distance shouted at us:

“Where have you been? The wedding feast is ready already!” When he came closer and saw our pallid faces, he asked:

“This is her, the one they’re throwing dirt on,” Shete indicated.

The resolution to the main storyline highlighted the casual, careless nature of the acts of violence in many of the stories. People kill and mutilate each other, or themselves, thoughtlessly, out of custom, jealousy, revenge, confusion and despair. Often these deaths can be traced back to other selfish, violent acts. A woman is raped by her husband’s best friend, and her husband’s response is to kill their child and cut off his friend’s hand. One brother jealously ruins another’s engagement by telling him he slept with his fiancée, causing the girl to kill herself. It’s significant that women often suffer the worst in these circumstances, although of course there are plenty of male victims, too.

The blindfolded Salome walked along the bridge. Then she walked back. Then she turned around to walk across again, and this time her friends appeared suddenly, screaming. Before she had even reached the middle of the bridge, Salome promptly jumped into the water. They say that everyone ran along the Aragvi, but nobody dared to go in. The water was roaring.

Batira ran and jumped into the water.

The Aragvi is black. They say that when he brought her out of the water, her hair was flowing in the current like a hayfield in the wind before the harvest.

While I was often disturbed by the violence of these stories, I was also deeply affected by Chokheli’s skill of combining these tragedies with comic scenes, scenes of natural beauty and of childlike innocence. “The Priest,” for instance, is all about death, and yet it is one of the funniest stories in the book. The scene early in the book in which Galilei decapitates several snowmen is distressingly mirrored by the real decapitations (including that of a young child) in later stories. My favourite story, “Gigia Bubunauri’s Blood Brother,” is very beautiful and very unsettling. The description of the serene snow covered mountain and the shrine, filled with mysterious objects, is so evocative, and such a contrast with the events of the story. Gigia’s speech to his eagle blood brother is similarly both bleak and endearingly earnest, capturing the “sweet sorrow” mentioned in the final lines of the book.

“I want to be like you, too, but it won’t happen, God made me to stay on the earth. That’s why I told you everything, because I want you to know my story. You’re brave and you should understand. You must swear to be my brother. Even though I can’t fly in the sky, when I see you up there, at least I can say, that’s my brother.”

Gigia went quiet. Then he looked the eagle in the eyes. The eagle was listening calmly.