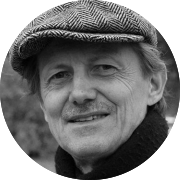 From INSIDE VOICES, OUTSIDE LIGHT by Sigurdur Pálsson, translated by Martin Regal, Introduced by the Publisher

Poems by Sigurdur Pálsson (translated by Martin Regal, Arc Publications, 2014) to commemorate the great Icelandic poet who died in September 2017.

This book presents poems from Pálsson’s ten collections written between 1980 and 2008. Swirling with imagery, they reveal a poet committed to unearthing the joy of living connected to the natural world. For Pálsson, poetry contains such energy and force as can upset chronology. Ideas run amok, views close and open, space is compressed so the various fabrics of the world are folded into each other, creating a causal layering of the natural and man-made. This is a thrilling sweep across this poet’s work.

Star in the grass

up into the light blue

dotted lines on the ground

Nocturne for a brimful moon

pours oil tones onto the flames

Hot-blooded whirlwind around the floor

winding straight into frenetic horns in the present tense

pour oil tones onto the flames

And still jazz the nightjar beats

The Icelandic poet, novelist, playwright and translator Sigurdur Pálsson was a professor and cinema producer. His poetry has been translated into ten languages. He was also the author of three acclaimed novels and a book of memoirs. Pálsson received the Icelandic Literature Award in 2007 and was made a Chevalier de l’Ordre des Arts et des Lettres in 1990 and in 2007 he was made a Chevalier de l’Ordre National du Mérite. He died last month, in September 2017.

Martin Regal has been teaching at the University of Iceland for over thirty years. He specialises in drama and is currently completing the volume on tragedy for the Routledge New Critical Idiom series. His translations of Gisli’s Saga and the Saga of the Sworn Brothers have appeared in Penguin editions.