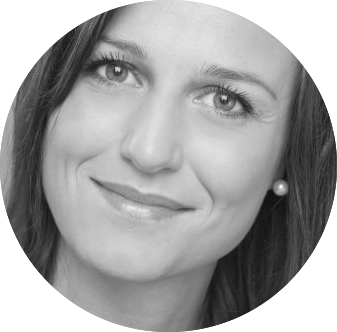 From A MODERN FAMILY by Helga Flatland, introduced and translated by Rosie Hedger

A Modern Family explores the impact of one couple’s decision to divorce after forty years of marriage, documenting the reactions of their three adult children as they process the unexpected news. In common with Flatland’s work so far, A Modern Family deals with the concept of loss in its many variations. She writes with great insight into the pursuit of self-realisation. A Modern Family has sold over 20,000 copies since its publication this summer (2017). Since  her fiction debut in 2010, Flatland has been awarded a host of literary prizes. Her work is now gaining recognition outside of Norway, although it is still to be translated into English. Her elegant and perceptive portrayals of everyday relationships leave their mark on the reader, and much like her previous novels A Modern Family offers psychological insight and shrewd analysis of the experience of the individual in contemporary society, making Helga Flatland a noteworthy voice of her generation.

We’re far too big for Italy. Big and white and blond, we barely fit around the table at the restaurant that evening. The furniture and interiors have been designed with trim little Italians in mind, not Dad and Håkon, both almost six feet four inches tall; not for such long arms and legs; not for us. We squeeze ourselves into our chairs, all elbows and knees, too many joints jostling for room. Ellen and Håkon squabble over the available space, suddenly teenagers all over again; I recall the way we marked the seams between the seat cushions in the back of the car, treating them as border lines – even the slightest coat flap sneaking over your own seam was forbidden. The air around us was subject to the same restrictions. Håkon was only three at the time, but he grew up with sisters, and with clearly defined lines in the car and the tent and at the dining table – and in life in general, really – lines that laid down the ground rules.

Sitting beside us is an Italian family, there are more of them than there are of us, and they’re all seated around a smaller table, as Håkon points out, all making their way through one dish after the next, just like Olaf and I did on our first trip to Rome. We’d told the waiter that we wanted to order the same dishes as the family at the table next to us. I’d spent the following week gazing at these big Italian families sitting down to eat together every evening for several hours at a time, children and grandparents, loud and prone to gesticulation, just like in the films, and I missed my own family, though I knew even then that it wouldn’t be the same if they were there. Here. But now they are here, now we’re here, all of us seated around the same table: Mum, Dad, Ellen, Ellen’s boyfriend, Simen, Agnar and Hedda, Olaf and me – and Håkon.

I glance over at Dad at the head of the table and it strikes me that we’re sitting exactly where we sit when we’re at our parents’ house. Dad is always seated at the head of the table, with Mum to his right and me beside her, and Håkon sits across from Mum, with Ellen by his side. Other, later additions to the family – partners: Olaf, Agnar, Hedda – they’ve had to organise themselves around us. I don’t think we even gave it a single thought. The only person ever to initiate any kind of silent protest is Simen; on the few occasions he’s joined us for family gatherings, he’s practically launched himself at the seat beside Ellen – Håkon’s place – draping an arm across the back of her chair and demonstratively clinging to his spot until everyone else has sat down.

Dad has thick grey hair, and even though I still see him with the dark hair he had in pictures taken when I was little, I can only just recall it; in my memories, he always has the same grey hair he has now. He locks eyes with me and smiles, and I wonder what he’s thinking about, if he’s happy, if things are how he imagined they would be. Perhaps he hasn’t imagined them at all; he tends not to predict what things will be like one way or the other, but he’s always commented on my own tendency to do so: You have to try to accept things as they are, Liv, he told me when I was young and shedding anguished tears over holidays, handball matches or school assignments that hadn’t gone as I’d predicted they would. It was impossible to explain to Dad just how critical it was that they should unfold exactly as I’d anticipated; any action or accomplishment, great or small, each one had to follow a predictable course to prevent things from becoming chaotic and intangible. But life couldn’t be planned in that kind of detail, Dad had said, you needed to accept that you couldn’t always control everything.

Helga Flatland is one of Norway’s most awarded and widely read authors. She has written four novels and a children’s book. Her fifth novel A Modern Family was published in Norway in August 2017.