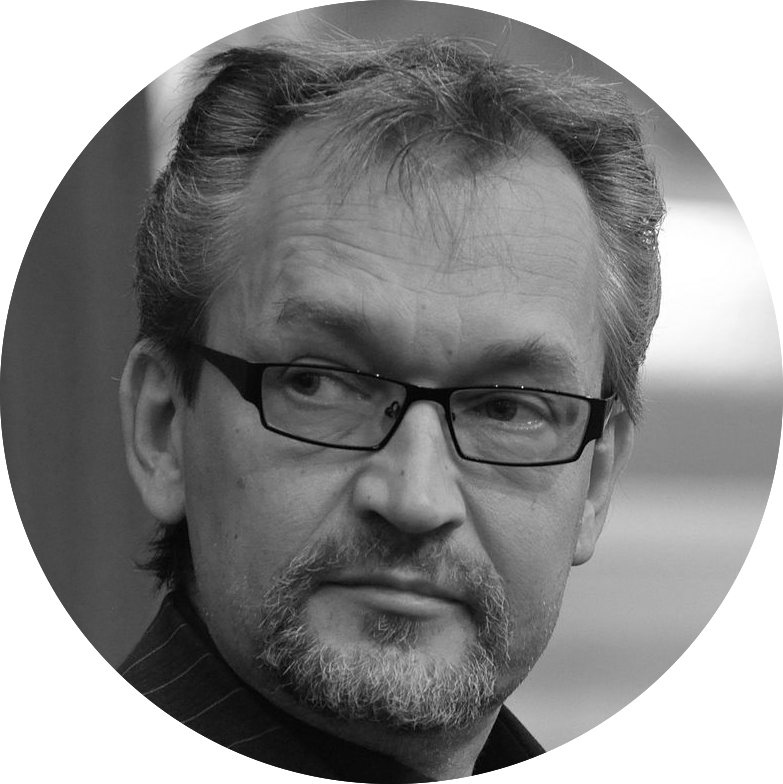 This is the opening of Helsinki Nocturne (“Yhdyntä”), a novella set in 1944, in a wintry, war-time city under attack from Soviet forces. The action takes place over the course of a single night. Passages written from the point of view of the two main characters, Axel and Valma, are interwoven skilfully with the narrator’s commentary. The result is an atmospheric, complex and richly textured work.

Sahlberg explores a number of major themes, such as the effect of war on morality, with admirable economy: Axel becomes a black-market racketeer and Valma a traitor. The relationship between men and women also emerges as a key concern; with his trademark black humour and inventiveness, Sahlberg suggests both the hopelessness and hopefulness of human relations.

The rustle of a garment. An omen of Axel’s demise? The air-raid warning and the thunder of bombers cutting through its blare: merely background noise for the dress, slipping to the floor. Everything, yes everything, was focused on the woman undressing next to the bed. Axel almost wished she would put on and then peel off her shabby attire again. After the hellish din of the past few years, he felt the need to get caught up in the fabric’s whisper – coy, covetous – as he lay on his back, motionless, eyes closed.

On the other side of the wall, a door slammed and someone rushed into the stairwell: a man, going by the heavy thump of his steps. You could hear the difference: a woman wouldn’t go dashing down the stairs at such a pace. If Axel had ever got round to making the acquaintance of his neighbours, he would have known who was out there, exchanging one risk for another: that of perishing in an air raid for that of breaking one’s neck on the steep staircase. Not that Axel was interested. Not in the least. He would feel most at home in a world without neighbours.

The siren stopped wailing. The space left by the shrill noise made small clicks seem loud – bra hooks. Having undone them, the woman seemed to stiffen. Axel heard her breathing; it was shallow and tight, constrained. The bra fell softly to the floor. Shortly after, bending over, the woman said in a low voice: “I’m not ashamed.”

“Why should you be?” Axel replied.

The woman hesitated. “Well, you’ve got your eyes closed.”

“Yes. Because you’re an angel of death.”

The woman gave this some thought. “Maybe we should, after all …”

A gleam of light through Axel’s eyelids: the stiff light of an unshaded lamp. He had switched it on in order to see the woman, and now here he was, lying with his eyes tightly shut. Sometimes it was better to imagine. But he was disturbed by the thought of the window, covered by its black-out curtain. Windows always made him feel restless. He tried to avoid them, even, sticking to the middle of a room when looking outside. He had this strange sense of being sucked towards windows, to drift into a vortex beyond those squares of light then fall for a long time. Where did it come from? Had he once nearly fallen? No, not he. He was in the habit of standing with his feet planted firmly apart; he was not that easily shaken. And yet …

“Valma,” the woman corrected him.

“Valma. Let’s not talk about wanting. This isn’t that kind of a situation.”

He barely noticed when Valma sat down on the edge of the bed where he lay.

“What kind of a situation is this, then?”

“It’s a matter of life and death.”

Axel did not open his eyes; he slowly dragged his eyelids upwards. Narrow strips of light, which widened. He blinked, and was taken by surprise. Valma was closer than he had thought, and his now-open eyes focused directly on a pale breast; a nipple thrusted aggressively from its centre. It captivated him momentarily. The room was cold, the nipple chilly. That unevenness, rubberiness; and the circle around it, melting shadow-like into the skin. A thin, twisting vein, barely visible, formed a secret passage, a channel for flowing blood. The nipple seemed to be staring at him, struggling towards him. A faint recollection of latching on to one. Did a man ever cease to be a child? The thought of warm, sweet-yellow milk stirred up nausea within him. He could ask if Valma had children. But that had nothing to do with anything, and it was better not to know.

Strangely, Axel had forgotten how one could be oblivious to the ever-increasing noise. The war had been going on too long. Without noticing, he had begun to shun its racket, to push it aside. The rumble of the bombers approached in waves, in shudders; it did not yet thunder in the ravines and labyrinths of the city. Why hadn’t the air-raid defence sprung into action?

Anxious feet pounded the streets; people hurried to air-raid shelters and cellars, slipping on icy patches as they went. Parents carried screaming children; old people got dragged along; many had with them their most precious possessions, stuffed into suitcases. Some prayed, others drowned their fear in spirits. There was always someone standing stoically calm at some street corner, hands in pockets, posture declaring contempt for other people’s distress. The picture was not complete until some loony climbed onto a roof to point an old rifle at the sky, or until the blasphemously merry sound of an accordion rang out of some manhole.

The breast formed a pear shape when Valma lay down. Axel watched her face. Its expression was veiled and calm; it was the face of someone who buried her thoughts. There was something waxy about it, something reminiscent of winter’s paleness, of light swaying exhaustedly between dark walls. The face was completely smooth, even the forehead. The eyes glinted, dark and immobile as glass. Valma had to be either incredibly brave or – and this was more likely, since such enormous bravery hardly existed – as hardened as Axel.

“What if I were to switch the light off?”

This translation was funded by Finnish Literature Exchange (FILI)

Asko Sahlberg is the author of fourteen books. He has won many awards, and been shortlisted three times for the prestigious Finlandia prize. His works range from the Biblical setting of Herod (“Herodes”) to the snowy, nineteenth-century farm of The Brothers (Peirene Press, 2012)  – but all feature Sahlberg’s utterly distinctive voice, sardonic humour, piercing philosophical insight, and stark, arresting imagery.

Photo of Asko Sahlberg by Soppakanuuna