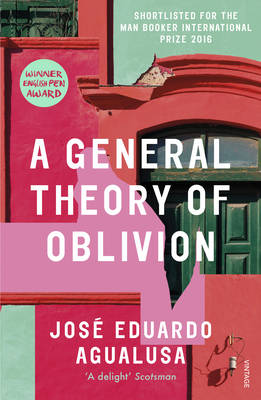 Curious about the best of new international literature? Searching for an Angolan writer’s reimagination of his country’s independence, or hankering to know more about the ins and outs of capturing an author’s voice in translation? Daniel Hahn—acclaimed writer, editor, translator, and Asymptote Journal’s resident “agony aunt”— transfers his popular ‘Ask A Translator’ column to this first live event. Hahn will also discuss his latest translated novel, José Eduardo Agualusa’s A General Theory of Oblivion, which was shortlisted for the Man Booker International Prize 2016 and the 2016 Best Translated Book Award.

Presented by Asymptote Editor-at-large Megan Bradshaw, this event will include questions from readers worldwide.

Wednesday 20th July, 7pm at Waterstones Piccadilly. This event is free, but please reserve your place in store, by telephone 020 7851 2400 or by email piccadilly@waterstones.com. More information here.

Asymptote is an international journal of literature that was awarded the 2015 London Book Fair’s International Translation Initiative Award. The Spring 2016 issue, which was released on April 15, features winners from their second translation contest, and uncovers dazzling new work from 27 countries. Asymptote is a founding member of the Guardian Books Network.