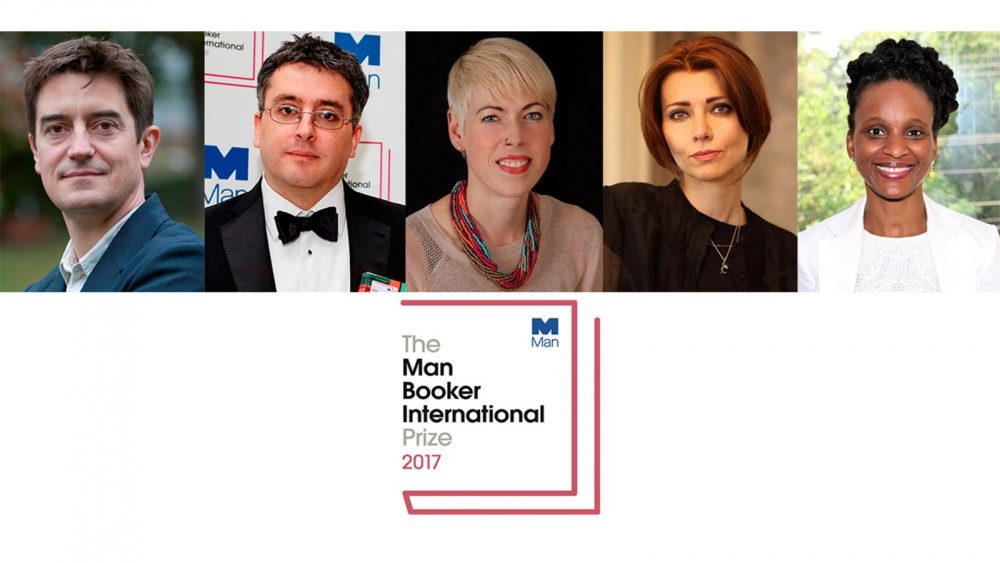 The judges for the 2017 Man Booker International Prize are announced today, 7 July 2016.

2017 is the second year of the newly evolved Man Booker International Prize, which was originally launched in 2005. The 2017 judging panel will be looking for the best translated fiction book of the year, selected from entries published in the UK between 1 May 2016 and 30 April 2017.

The 2016 prize was won by Korean author Han Kang and her translator Deborah Smith for The Vegetarian. The £50,000 prize was split equally between author and translator for the first time.

UK sales of The Vegetarian rose six-fold in the week after the prize was announced, rising to 900% of the pre-win weekly sale after three weeks. The effect of the prize on sales in Korea was stratospheric: the Korean edition of The Vegetarian had sold 20,000 copies in the decade following publication. Two weeks after the win the Korean publisher had had orders for almost half a million copies.

“One of the best things about the new Man Booker International prize was hearing it described as ‘a win for literary translation as a whole’, which seemed absolutely correct and wholly appropriate,” Deborah Smith, The Irish Times

The prize is sponsored by Man Group, one of the world’s largest independent alternative investment managers, which also sponsors the Man Booker Prize for Fiction. Both prizes strive to recognise and reward the finest in contemporary literature.

Nick Barley moved to Scotland in 2003 to become editor of the cultural magazine The List, and he was 2005 PPA Editor of the Year. From 2006-2009 he was director of The Lighthouse – Scotland’s Centre for Architecture, Design and the City, where he commissioned a major Scottish Pavilion by Gareth Hoskins for the Venice Architecture Biennale. Since October 2009 he has been director of the Edinburgh International Book Festival. Innovations during his directorship include Unbound, a free evening mini-festival of literary performances; the 2012 Edinburgh World Writers’ Conference which took place in 17 cities worldwide; Conversations with Ourselves, a major academic project in partnership with Durham University exploring the role voice hearing in the writing process; and a Fringe First-winning promenade theatre production, Letters Home, co-produced with Grid Iron Theatre Company in 2014. He is a visiting lecturer at Edinburgh Napier University and President of the Word Alliance – an international network of the world’s leading literary festivals.

Daniel Hahn is an award-winning writer, editor and translator, with over 40 books to his name. His translations from Portuguese, Spanish and French include fiction from Europe, Africa and the Americas, and non-fiction by writers ranging from Portuguese Nobel laureate José Saramago to Brazilian footballer Pelé. He is a former chair of the Translators Association and the Society of Authors, and on the board of many organisations that work with literature and free speech. Recent books include the new Oxford Companion to Children’s Literature and the translation of José Eduardo Agualusa’s A General Theory of Oblivion, which was shortlisted for the Man Booker International Prize 2016.

Helen Mort was born in Sheffield. Her first poetry collection Division Street (Chatto & Windus, 2013) was shortlisted for the T.S. Eliot Prize and the Costa Prize. Her second collection No Map Could Show Them (2016) is a Poetry Book Society Choice. She was a five-times winner of the Foyle Young Poets of the Year Award and a Poet in Residence at The Wordsworth Trust. In 2014, she was named as one of the Poetry Book Society’s Next Generation Poets.

Elif Shafak is an award-winning novelist and the most widely read woman writer in Turkey. She is also a political commentator and an inspirational public speaker.  She writes in both Turkish and English, and has published 14 books, nine of which are novels, including The Bastard of Istanbul and The Forty Rules of Love. Her books have been translated into more than forty languages. Shafak is a TED Global speaker, a member of Weforum Global Agenda Council on Creative Economy and a founding member of ECFR (European Council on Foreign Relations). She was awarded the title of Chevalier de l’Ordre des Arts et des Lettres in 2010. She has been featured in major newspapers and periodicals around the world, including the Financial Times, the Guardian, the New York Times, the Wall Street Journal and La Repubblica.  She has taught at various universities in Turkey, UK and USA. She holds a degree in International Relations, a Masters degree in Gender and Women’s Studies and a PhD in Political Science. Shafak is on Twitter at @Elif_Safak

Chika Unigwe was born in Enugu, Enugu State, Nigeria. She is the author of four novels, including On Black Sisters Street (2009, 2011 Jonathan Cape, UK and Random House NY) and Night Dancer (Jonathan Cape, 2012).  Her short stories and essays have appeared in the New York Times, the Guardian, Guernica, Aeon and many other journals. Her works have been translated into several languages. A recipient of several awards and fellowships, she lives and works in the USA.