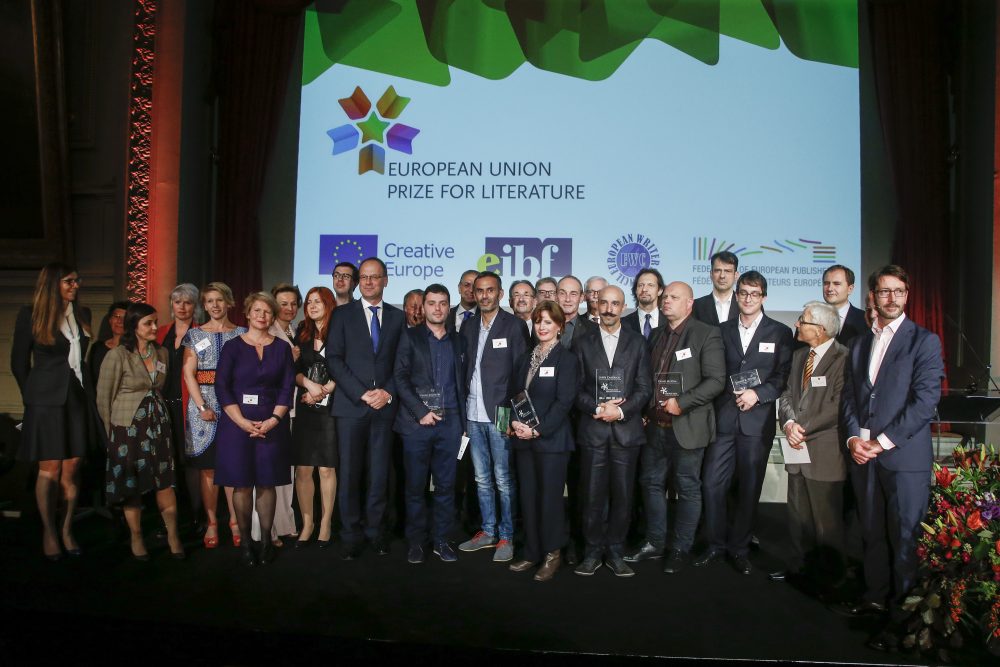 The awards were presented by Tibor NAVRACSICS, European Commissioner for Education, Culture, Youth and Sport, together with Marjan HAMMERSMA Director General of Culture and Media for the Dutch Presidency of the Council of the EU. The ceremony was also attended by Anneli JÄÄTTEENMÄKI, European Parliament’s Vice-President and other Members of the European Parliament’s Culture and Education Committee, and by some leading figures from the world of literature, culture and politics.

Organised by the European Writers’ Council, the Federation of European Publishers and the European and International Booksellers Federation with the support of the European Commission, the competition is open to authors in the 37 countries involved in the EU Creative Europe programme1. The winners, nominated by national juries, received €5,000 and were given priority to receive EU translation grants through the support programme for Europe’s cultural and creative sectors, Creative Europe.

The translation of more than 56 EUPL winners’ books since 2009 already allowed them to be read by a much larger audience throughout Europe.

“The award ceremony for the 2016 winners of the European Union Prize for Literature marks the beginning of a recognition and celebration of the literary talent of new writers from many European countries”, said Dr. Nick Yapp, President of the European Writers’ Council, “It is one of those key moments when creativity is recognised and applauded. It is proof that our culture, on which so much of our enjoyment of life depends and on which so much of our economy is based, is in good hands. The European Writers’ Council is delighted to play its part in the organisation of this event, and wishes a creative future to those writers we celebrate today.”

Pierre Dutilleul, President of the Federation of European Publishers, added: “The Awards Ceremony is an opportunity to applaud the EUPL winning authors and to celebrate the emerging literary scene in Europe, emphasizing the importance of promoting the cultural diversity in our continent and a transnational circulation of it”.

Jean-Luc Treutenaere, co-President of EIBF, stated: “The yearly European Union Prize for Literature Awards Ceremony is a unique opportunity to celebrate European values, among which our attachment to European culture, and express our enthusiasm for this fantastic diverse array of literary talents emerging every year for the greatest pleasure of European readers. Booksellers look forward to making those titles available in their bookshops in as many translations and countries as possible!”