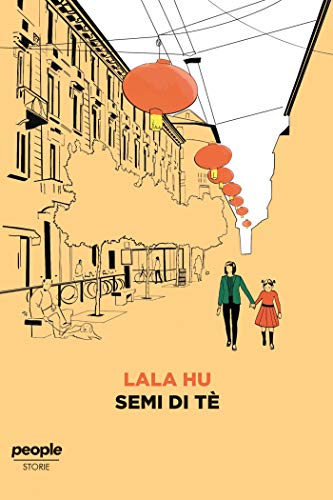 Lala Hu’s short book, Semi di tè (‘Tea Seeds’), was a timely arrival on the Italian literary scene when it was published in August 2020, as Covid-19 had struck, left its deathly mark and seemed to be slowly receding. Focussing on the actions and stories of first- and second-generation Chinese-Italians during the first waves of the pandemic in Italy, Hu chronicles the layered anxieties and resolutions of one of the migrant communities most targeted over 2019-2021, both in Europe and North America. Her protagonists are herself, doctor Wen, tea taster and seller Wudi, artist Ningyuan, and Yang, an actor; their stories weave into each other’s and into those of Italian ‘Chinatowns’ from Bologna, to Milan, via Prato, Naples and Padua.

After the 2011 pedestrianisation of the main road (Via Paolo Sarpi) and the opening of new metro stations, the entire neighbourhood had undergone a wide-ranging revitalisation. A few Chinese wholesale shops remained open – their presence had been the cause of tensions with local Italian residents, leading to a handful of protests led by Chinese business owners in 2007 – but many others changed their main activity. Trendy new shops and businesses appeared, opened by both Italian and second-generation entrepreneurs; they sold soft drinks, dumplings, noodles, and dishes more elaborate than traditional Chinese cuisine, but usually associated with cheap prices and poor quality.

You could find vendors with small crates of snacks or traditional products along the street. Among them was a man who’d carry his wares around on his bicycle. At the weekend or over the holidays, when I was home, I’d often hear him ride by and ring his bell, yelling: ‘Fresh corn! Zongzi! Liangpi!’¹. I bumped into him a couple of times: a forty-year-old man, with a small moustache and a cap. More than by his products, I was fascinated by meeting the man whose voice I could hear from the window. I never bought anything, but I did greet him a couple of times – he always looked at me in confusion, unsure whether we actually knew each other or not.

The neighbourhood, by then, had become a culinary destination and an area popular for leisurely strolls, even earning, in recent years, the praise of the media, who spoke of its vibrant colours and peaceful multicultural coexistence. Admittedly, there was no full integration between Chinese and Italians, and what there was was mainly on a business level, but the tensions of 2007 were far behind everyone. The urban revitalisation of Paolo Sarpi also came, however, with negative effects: house prices had risen, threatening to force out the neighbourhood’s historical residents, both Italian and Chinese.

The biggest event of the year, which brought the largest crowd – from Milan and several other cities – was the Lunar New Year celebration. In 2020, the main celebration should have taken place on Sunday 2 February. Preparations had been going on for weeks, and Via Paolo Sarpi had been adorned with red lanterns since Christmas. With the epidemic exploding in China, however, fear was already making its way through the city; people were starting to avoid the Chinese neighbourhood. The event organisers thought that, given the virus was at its peak in China, it would be best to cancel the celebrations in solidarity with the Chinese population. All the lanterns were taken down.

The neighbourhood fell into a surreal silence. It almost felt as though the relaxed, lively vibe that had been created over the years had suddenly been put on pause: a suspended atmosphere, in which the Chinese shops closed and the main street emptied completely. I no longer heard the street vendor’s voice from my window.

Lala Hu is a writer and academic in Milan. Her academic interests include international and cross-cultural marketing. She writes about multicultural realities. In 2021 she received the second prize in the ‘Mother Tongue’ literary contest (Concorso Lingua Madre).

Alex Valente is half Tuscan, half Yorkshireman, born in Prato, and works as a translator of poetry and prose from Italian and French into English, and English and French into Italian. He’s translated an impressive range of Italian authors and writes The Italianist column for the European Literature Network.