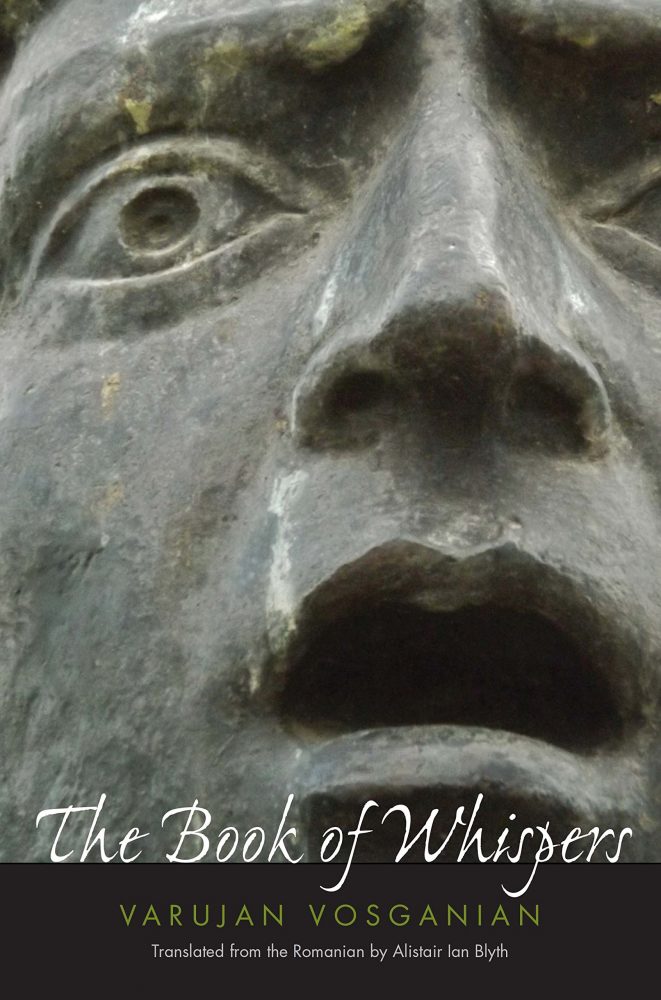 The Romanian Cultural Institute and Yale University Press cordially invite you to a literary soiree centred upon one of the most amazing Romanian literary breakthroughs in recent times: Varujan Vosganian’s The Book of Whispers. The author joins Rosie Goldsmith, the eloquent suprema of European literary promotion in the UK, for a conversation about this powerful piece of writing.

Translated into English by the indefatigable Alistair Ian Blyth, this internationally successful novel follows the troubled history and journey of an Armenian family from their ancestral home, through tragedy and exile, to redemption in their new home in Romania.

Varujan Vosganian – senator, former minister and author, is a graduate of the Faculty of Commerce of the Academy of Economic Studies and of the Faculty of Mathematics of Bucharest University. He has a Ph.D. in Economics, and is founder of the Romanian Society for Economics and an International Adviser to the European Union’s Centre for Political Studies in Brussels. He is President of the Union of Armenians in Romania and Vice President of the Romanian Writers’ Union. Besides various theoretical works, mainly on economic subjects, he has published three volumes of poetry – Şamanul albastru (“The Blue Shaman”, 1994), Ochiul alb al reginei (“The White Eye of the Queen”, 2001), Iisus cu o mie de braţe (“Jesus with a Thousand Arms”, 2004) and Cartea poemelor mele nescrise (“The Book of My Unwritten Poems”, 2015); two novels – Cartea şoaptelor (“The Book of Whispers”, 2009, 2012) and Copiii războiului (“The Children of War”, 2016), as well as two volumes of short stories – Statuia Comandorului (“The Statue of the Commander”, 1994), awarded the Prize of the Bucharest Writers’ Association, and Jocul celor o sută de frunze şi alte povestiri  (“The Game of Hundred Leaves and Other Stories”, 2013). His widely translated novel The Book of Whispers was greeted as a revelation by the Romanian critics and brought him international acclaim and a Nobel Prize nomination.