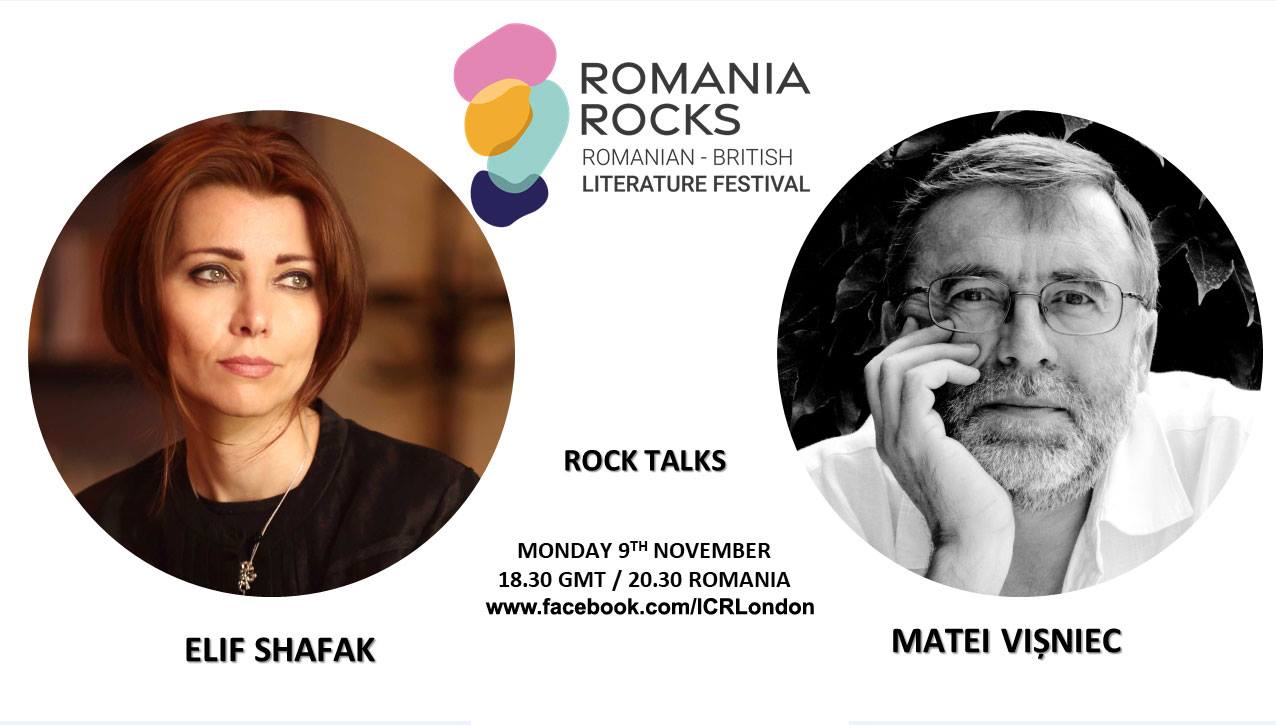 Find out what happens when two successful writers and public figures meet for the first time: Turkish-British novelist, academic and activist meets the French-Romanian novelist, playwright and poet. With translator Jozefina Komporaly. Hosted by Rosie Goldsmith.

Elif Shafak is an award-winning British-Turkish novelist. She writes in both Turkish and English, and has published 18 books, 11 of which are novels. Her work has been translated into 54 languages. Her latest novel 10 Minutes 38 Seconds in this Strange World was shortlisted for the Booker Prize and RSL Ondaatje Prize; and chosen Blackwell’s Book of the Year. Her previous novel, The Forty Rules of Love was chosen by BBC among 100 Novels that Shaped Our World. Shafak holds a PhD in political science and she has taught at various universities in Turkey, the US and the UK, including St Anne’s College, Oxford University, where she is an honorary fellow.

She is a member of Weforum Global Agenda Council on Creative Economy and a founding member of ECFR (European Council on Foreign Relations). An advocate for women’s rights, LGBT rights and freedom of speech, Shafak is an inspiring public speaker and twice TED Global speaker, each time receiving a standing ovation. Shafak contributes to major publications around the world and she was awarded the medal of Chevalier de l’Ordre des Arts et des Lettres and is a Fellow of the Royal Society of Literature. In 2017 she was chosen by Politico as one of the twelve people “who will give you a much-needed lift of the heart”. Shafak has judged numerous literary prizes, and chaired the Wellcome Prize and is presently judging the Orwell Prize.

Matéi Vișniec is an award-winning novelist, playwright, poet and journalist. He has been based in Paris since 1987, where he works as a journalist for Radio France Internationale. He writes drama in French and fiction and poetry in Romanian. His work has been published by Actes Sud-Papiers, L’Harmattan, Lansman, Cartea Românească, Humanitas, and Polirom, among others.

Visniec’s plays are among the most frequently performed at the Avignon OFF festival and he has a growing international profile, with productions taking place across four continents and having been staged in over 20 countries. In his native Romania, Visniec has achieved quasi-canonical status since the fall of communism (his work was banned prior to 1989); most theatres stage his work on an ongoing basis (the Timişoara National Theatre programmed a festival exclusively dedicated to his work, and the recently founded Suceava Theatre was named The Matei Vişniec Theatre); and his literary output has been the subject of intense critical scrutiny.

Matéi Visniec is the recipient of the Drama Award of the Romanian Union of Writers (2002, 1999); the Drama Award of the Academy of Romania (1998); the Award of The French Society of Authors and Composers (1994) and multiple awards at the Avignon OFF Festival. Recent publications of his include Caragiale e de vină. Despre tandrețe. Teatru vag./Caragiae is at Fault. On Tenderness. Vague Theatre (Humanitas, 2020) and Vi se pare cumva nedreapta dispariția dumneavoastră?/Do You Happen to Find Your Disappearance Unfair? (Tracus Arte, 2019).

The following Visniec works are available in English: the drama anthology How to Explain the History of Communism to Mental Patients and Other Plays, edited by Jozefina Komporaly (Seagull Books, 2015); and the plays The Body of a Woman as a Battlefield in the Bosnian War, in Balkan Plots, edited by Cheryl Robson (Aurora Metro Books, 2002); and Horses at the Window, in Playwrights before the Fall, edited by Daniel Gerould (Martin E Segal Center Publications, 2009). To date, three of Visniec’s novels have been translated into French. Mr K Released (Seagull Books, 2020) is his first work of fiction published in English, translated by Jozefina Komporaly.