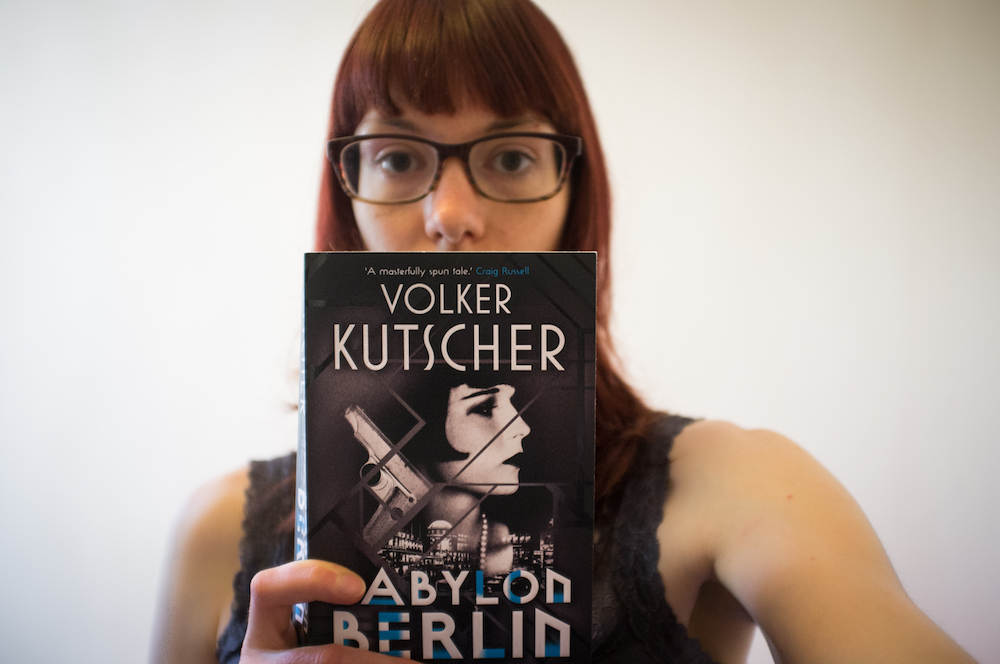 Discussing his series of bestselling crime novels at the ‘European Literature Festival’ this May in London, German author Volker Kutscher reflected on his decision to set the first instalment Babylon Berlin in 1929. “It’s more interesting to see how it all starts than to look at the war itself,” he said. But as I read Babylon Berlin I realised that Nazi Germany had no starting point. What Kutscher conveys in this gripping noir thriller is the ease with which a minor political movement infiltrates a society gripped and distracted by the all-pervading fear of communism.

Berlin has long been an obvious setting for crime novels. Its allure is summarized by Rath’s colleague Bruno Wolter who says to the newly arrived detective, “We get to gad about the night spots of the most exciting city in the world, which is also the most disreputable.” Inter-war Germany has seen its fair share of fictional dramatizations too. Yet there is nothing hackneyed about Kutscher’s novel. Its portrayal of the disintegrating Weimar Republic is neither historicised and tedious nor a self-conscious reconstruction in glorious technicolour.

Instead, we are thrown into a humdrum world that looks much like our own. In fact, Kutscher is obliged to offer frequent, sometimes painfully contrived, reminders that the novel is set in 1929 not 2016. At one point, Rath, who is giving his friend Weinert, a journalist, some information about a murder case not yet known to the rest of the press, tells him not to publish the material quite yet. “I’ll give you the green light in a day or two,” he promises. Weinert is confused. “Green light?” he asks. “Just like at Potsdamer Platz,” Rath explains, one of the first junctions in Berlin to have traffic lights. Later, a man dies when a hairdryer falls into the bath while he is washing. “Modern times, modern accidents,” one policeman comments.

Absorbed in a story peopled by characters who are weak, corruptible and driven by money, power and sex, the reader forgets that this is an historical novel until jolted into wakefulness by such moments. Kutscher creates an eerily familiar world with a protagonist who rarely lives up to his own ideals and whose belief that crime and politics are mutually exclusive is exposed as naïve.

In Babylon Berlin, the first of a series of novels concluding in 1938, it is the communists who present the city’s police with the greatest problems. The Nazis are a small group, largely seen as irrelevant, as suggested by their designation in the novel with a small ‘n’. Words that are burdened with meaning for the modern reader – Goebbels, swastika, SA – are passed over with little comment by the novel’s characters. Hitler is, to us oddly, described as “that Hitler, a strange bird with a Charlie Chaplin moustache”.

These moments are the clearest reminders of the chronological gap between the narrative and our own reality as well as the most powerful indication of the parallels between that time and today. All that is required for extremism to take hold is a city of individuals so distracted by one threat that others are ignored. Until it has taken hold, this novel chillingly shows us, extremism is not even recognised as such. We are urged to look out for the burgeoning Hitlers in our world and not to become, in Kutscher’s own words, the “victims of history” like the characters that inhabit Babylon Berlin.