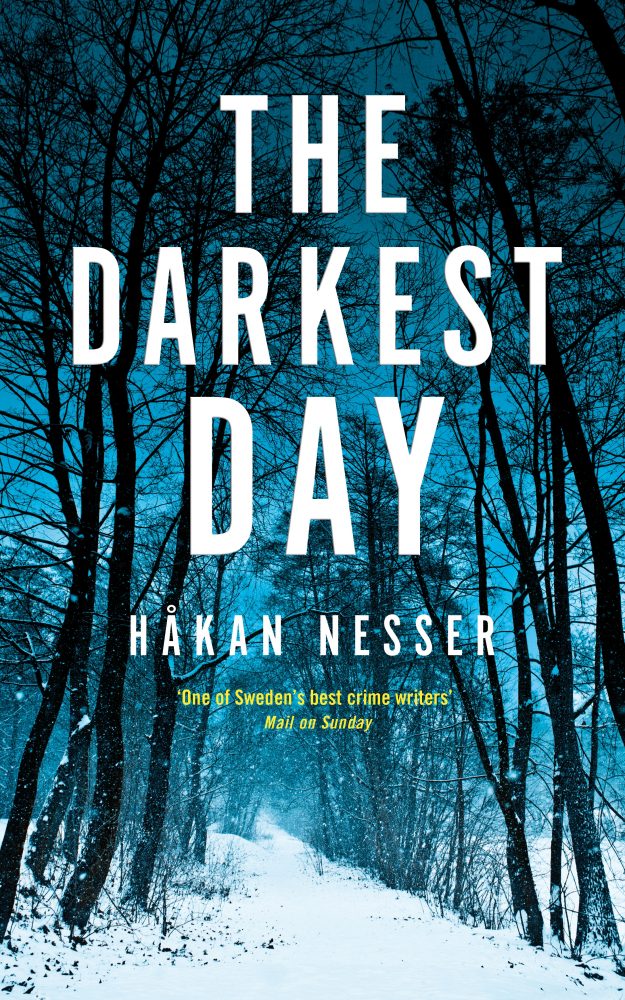 In The Darkest Day Håkan Nesser introduces the reader to Rosemarie and Karl Erik Hermansson, a middle-aged couple who are set to retire and move to Spain – the dream of many middle-class Swedes. What should otherwise be a joyous moment in a couple’s life is, for the Hermanssons, one that is fraught with existential angst. At least it is for Rosemarie, who resents her husband’s intransigence, and whose run-of-the-mill life has recently been rocked by their son’s scandalous performance on a TV reality show.

As we discover more about the dysfunctional Hermansson family, so the tension mounts, heightened all the more by the prospect of an imminent family reunion – a joint father and daughter birthday celebration, which is reminiscent of similar scenes depicted in Scandinavian film and TV dramas, such a Thomas Vinterberg’s Festen and Maya Ilsøe’s Arvingerne. Keen observations of sibling rivalry and charged family dynamics are set against some wonderful sketches of everyday Swedish life and explorations of how people cope (or not) with the changes and challenges this life brings. As the pressure-cooker tension mounts, Nesser layers up the various generations’ approaches to the whirligig of time, and at first it appears it is simply this that makes the novel such a satisfying read. However, the initial lack of a December snowfall in this Nordic setting should, perhaps, alert us to the fact that a rupture is inevitable. When it does come, it is with the disappearances of not one, but two family members, with devastating consequences.

Readers familiar with Nesser’s earlier and highly successful Van Veeteren series will be aware of how well he draws a grumpy, cynical investigator. With Inspector Gunnar Barbarotti, an officer of Swedish/Italian origins, the author presents us with another experienced detective; this one, though, has entered into a deal with God. Having suffered the trauma of divorce, the idiosyncratic Barbarotti is obsessed with proving that God exists, something he does by showing how God answers his prayers and provides him with the guidance he seeks.

Rather than fulfilling the stereotype of the lone sleuth, here we have a detective who works well with his colleague and friend, Ewa Backman. Indeed, at the heart of this novel lie the knotty questions of human interaction and family ties. In the case of Ewa, we see an officer who refuses to let her husband and children’s obsession with ice hockey ruin the relationship she has with them.

In common with all fine contemporary Nordic Noir narratives, The  Darkest Day (the first instalment in a new five-part series) places society under the microscope, revealing the dilemmas and difficulties that trouble the psyche of a nation. Cultural shifts, generational differences, societal constraints and the expectations individuals put on themselves and others, are just a few of the questions Nesser explores, while at the same time providing a top-notch investigation into some grisly goings-on, courtesy of his latest crime-fighting duo Barbarotti and Backman.