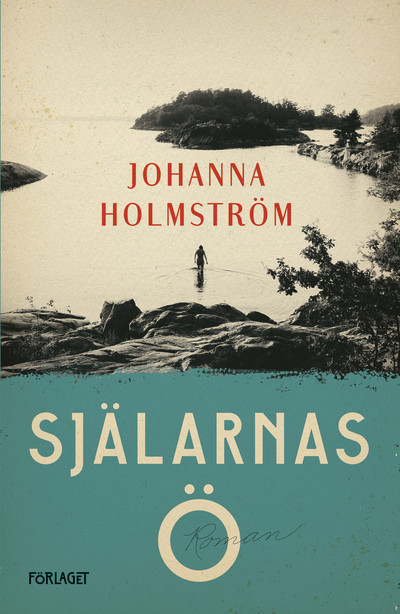 The tiny island of Själö lies in the Nagu Archipelago off Turku, Finland. From 1889 to 1962, it housed an asylum for women deemed incurably insane. When they boarded the boat to Själö, most knew this was almost certainly a one-way trip.

In Själarnas ö (Island of Souls), the Swedish-speaking Finnish author Johanna Holmström weaves together the stories of Kristina, Elli, Karin and Sigrid in a narrative spanning more than a century. Kristina, a young peasant girl, becomes an outcast in her community after a rape results in the birth of a daughter, Helmi. Later, a brief interlude of happiness ends when Kristina’s sweetheart is disinherited by his mother and she is left to fend for herself, Helmi and a new baby. One evening, as Kristina is rowing home after a hard day’s farm labour, something in her snaps. She lets her sleeping children drift away into the black waters of the river. Only a decade later does she awaken from her psychotic state, to find herself on Själö.

Elli’s story begins in the mid-1930s, when she arrives at the asylum after a period in a house of correction. A rebellious adolescent starved of love in her bourgeois family, Elli has eloped with a young craftsman, following a seduction by her father’s business partner. In the eyes of the medical establishment, this marks her out as irredeemably over-sexed. Unlike Kristina, Elli is determined to leave the island. She does, eventually – but not without paying the toll demanded by the eugenic ideology of the day. Elli’s fate is bound up with that of Karin, whose sexual orientation is one of the reasons for her incarceration.

Although Kristina’s life on the island overlaps with those of the other main characters, the book falls into three discrete sections, one each for Kristina, Elli and Sigrid. It is Sigrid, a sensitive and idealistic nurse with a vocation for helping the mentally ill, who bridges these various sections. We meet her in doughty old age at the beginning of the novel, and it closes with her funeral in 1997, over 100 years after Kristina’s first appearance.

This is an ambitious novel from which several strong themes emerge. One of them is signalled by Holmström’s introductory dedication: To you, if you have ever wondered whether you are mad, or in the process of becoming so. You are probably right. Mental illness is far more widespread than is often acknowledged, Holmström is stating, while the division between the mad and the sane can sometimes appear arbitrary.

At the same time, Holmström asks us to question the sanity of a society that turns its back on 15-year-old Kristina for the ‘misdemeanour’ of being raped and on a 12-year-old Karin for disobedience. It is society’s moral and social arbiters that determine who is mad, and who sane. In Holmström’s novel, all of those who sit in judgement are male, while the inmates of the asylum are all female. It is not, perhaps, so very far from the Finnish ‘island of souls’ to the institutions of Victorian or Edwardian Britain where respectable families once locked away errant daughters who had procreated outside wedlock.

A further theme, which appears in Elli’s story, is how the racialist eugenic ideas of the early- to mid-twentieth century were applied to social misfits of one kind and another. The intermingling of supposedly distinct ethnic groups was frowned upon in the Nordic countries. Many people considered weak-minded – or, in the case of women, promiscuous – were sterilised on state orders.

Though undeniably bleak, Island of Souls has another side: warmth, affection and compassion. It shows how the all-female community of patients and nurses affords protection against an unforgiving outside world, as well as camaraderie, and, in some cases, redemption through love. Another source of solace, for inmates and staff alike, is the natural world, conjured up in lyrical prose. Natural imagery is also used to depict the inner life of Holmström’s broken heroines. Here is an ageing Kristina, reconciled in imagination with her long-dead daughter, Helmi:

More and more, she can step outside her body and see herself as she once was, a long time ago. […] Over the fields, the dusk unfurls its blue fabric and the flax flowers glow in the dim of an evening that will never darken completely. She rolls on to one side, opens her eyes and looks straight into Helmi’s. The child’s gaze meets hers unblinkingly for a long moment, and there is an inscrutable gravity in their bright brown depths. Such beautiful eyes: she has never seen the like in her whole life. Then the girl’s face breaks into a smile, and Kristina stretches out her hand and strokes her rounded cheek. She lifts the coverlet. She lets the girl creep in.

Joanna Holmström shows us the world through the eyes of Kristina, Elli and Karin, and – as Sigrid, the nurse, comes to understand – they are not so very different from us. This is a moving, gripping and beautifully written meditation on what a life beyond society’s norms feels like.

Johanna Holmström is represented by the literary agency Salomonssons Agency.  The English sample of the novel can be requested from Federico Ambrosini at federico@salomonssonagency.com.

Johanna Holmström’s collection of interwoven short stories, Camera Obscura, was awarded two major prizes (in Sweden and her native Finland), while her novel Asphalt Angels came out in nine European countries. Island of Souls is the only Swedish-language work shortlisted for Finland’s prestigious Runeberg Award.

Fiona Graham has translated Karin Bojs’ prizewinning My European Family: the First 54,000 Years, and Elisabeth Åsbrink’s acclaimed 1947: When Now Begins, both published in 2017. She is Reviews Editor at the Swedish Book Review.