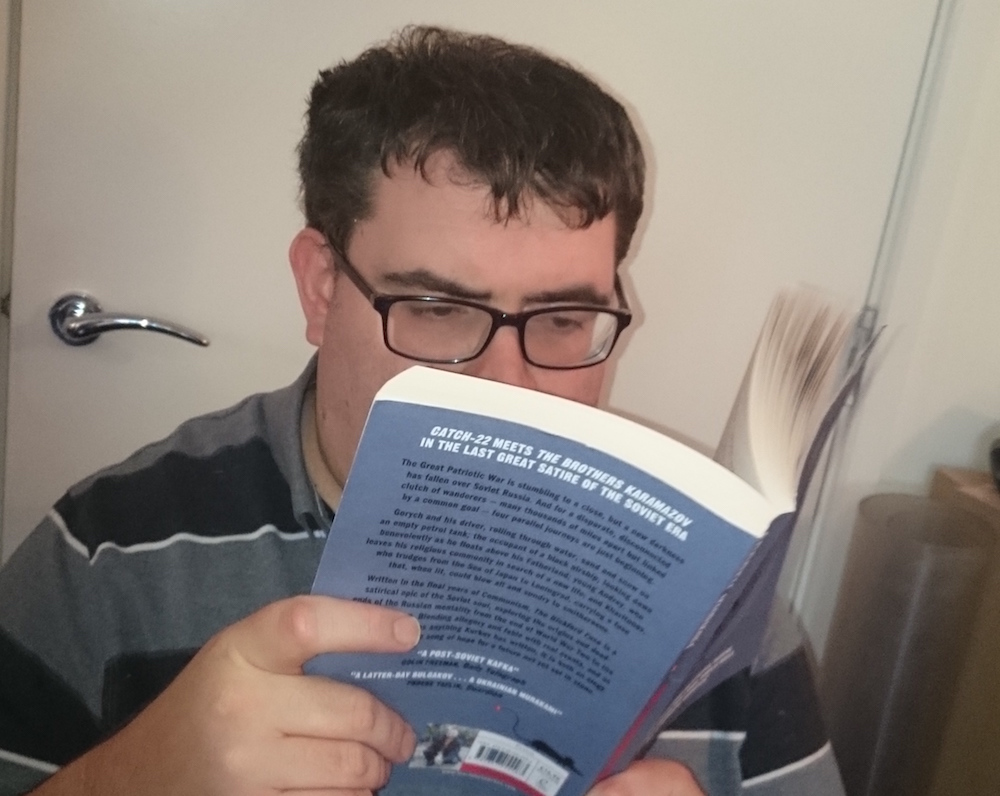 William Bickford patented the safety fuse in 1831: the gunpowder was sealed inside a length of rope, which allowed the burning time to be controlled and predicted. This improved safety for miners, and also led to the development of dynamite. In other words, the safety fuse represents a promise of delayed violence and disruption, one that could be unleashed in a moment.

It is also the central image winding its way through Andrey Kurkov’s latest novel to appear in English. Kurkov, the Russophone-Ukrainian author, made his name internationally with the satirical Death and the Penguin in 2001. In the introduction to The Bickford Fuse, originally written in Russian in late-communist 1980s, Kurkov explains that in writing this novel he was thinking about the USSR under Nikita Khrushchev. In particular, he wanted to explore why Soviet society turned away from Khrushchev’s attempts at modernisation. His conclusion? It was down to ‘Soviet man’ – or, as Kurkov puts it,

“a man who is neither good nor bad, but simply Soviet.”

The space that Kurkov opens up in this novel is not quite historical: his Khruschev-figure, referred to only as the ‘Occupant’, sits alone in a black airship, spouting dialogue quoted directly from Khrushchev’s speeches. Stripped from its context and spoken into thin air, this dialogue comes across as empty rhetoric that will have about as much impact as the Occupant himself can, when he’s floating free of the land.

Down on Earth, events proceed with a similar deadpan absurdity, one that will be familiar to anyone who has read Kurkov before. Two characters spend most of their time in the novel rolling down a slope in a truck with no petrol. Another character, Ivan Timofeyich, sends his sons away into the world, then, having searched in vain for a sign from above, create his own by lighting a fire – which he then feeds in order to burn down the monastery where his family has been living. He thinks:

“the highest wisdom lay in destroying what you had spent your whole life building, and what your ancestors had built.” Maybe so – but there’s a sense that all this ‘wisdom’ is really Timofeyich justifying his own whims to himself.

The main character we meet in The Bickford Fuse is Vasily Kharitonov, a shipwrecked sailor who sets off inland to find what he may, trailing a length of safety fuse endlessly behind him. This is what allows him to be arbiter of the world:

The fuse gave meaning to his wandering – it was the gavel and weapon of the judge in whose power it was to decide whether to leave this world intact or, striking a match, to turn it into a memory for those who would survive the stone-melting fire. This fire would cleanse the world of unnecessary cruelty and all the incomprehensible things wrought by man’s dim intellect.

We follow Kharitonov through a series of strange encounters: with, for example, an unguarded camp of musicians who sit together and play when they could just get up and leave; or an armoured train whose occupants work to keep it going, apparently just because (“Sure, we’re fighting,” says one, “what the hell else are we gonna do?”). Time elongates in this world, as Kharitonov spends years on his travels, the fuse never running out; yet there’s something evanescent about it all – even when Kharitonov settles down in a relationship, it ends as abruptly as any of the other episodes on his journey. So the feeling increases of being a little to the side of reality.

The overall sense of the world that Kurkov depicts is that its inhabitants are deeply invested in their own preoccupations, even if they no longer make sense, perhaps because the alternative is too uncomfortable to contemplate. I’ll leave it to you to find out whether or not Kharitonov lights the fuse in the end – but do experience the world of The Bickford Fuse while you can.

Translated from the Russian by Boris Dralyuk

Published by MacLehose Press (May 2016)

David Hebblethwaite is a book blogger and reviewer. He has written about translated fiction for Words Without Borders, Shiny New Books, Strange Horizons, and We Love This Book. He blogs at David’s Book World.