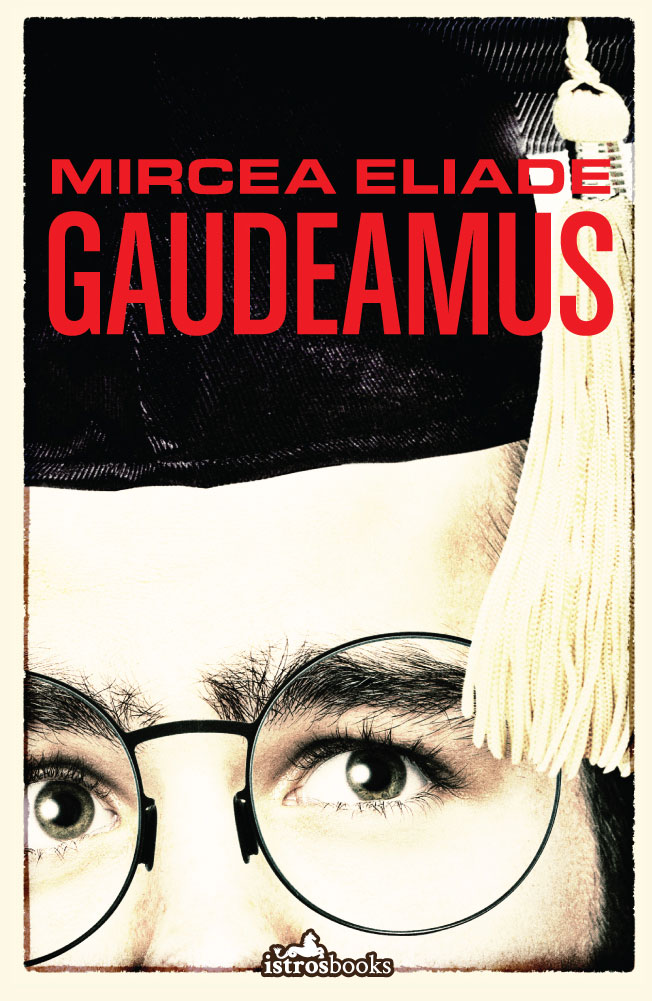 If I had been told when I first read Mircea Eliade’s Gaudeamus, years ago as a teenager in Romania, that one day I would review its English translation, I would have perhaps overcome my then-innate opinion that all mandatory reading was boring. I now know it was better to rediscover this novel after years of interior and exterior journeys that would lead me to understand Eliade in ways that were then unforeseeable.

Written in 1928, but published only in 1989, after Eliade’s death, and published in English by Istros Books earlier this year, the book is an autobiographical novel and a sequel to Diary of a Short-Sighted Adolescent (Istros Books, 2016). It portrays the author’s university years in Bucharest and offers an insight into the fascinating mind-laboratory of one of the intellectual titans of the 20th century. The book is no less than the ‘making-of’ of a genius, speaking candidly about Eliade’s fears, doubts, intellectual discoveries and his unshakeable willpower.

When Eliade revisited the book in 1932, he described it as ‘quite lacking in grandeur and timidly indiscreet’. While the novel might not possess the complexity of some of his later works, the reader will be inspired by Eliade’s endless struggle against mediocrity and human weakness, and his eternal quest to become a hero or a demiurge through renunciation and sacrifice. His honesty is endearing; his willpower is humbling; and his countless questions and tormented emotions reveal he is not only a superb thinker but also a seeker of truth.

The author-narrator’s sharp observations about his colleagues, professors and courses become instruments of self-discovery and warnings against the dangers of superficial happiness and pleasure. Although involved in student activities as a member of literary societies and the contributor to various magazines and newspapers, young Eliade leads a double life, isolating himself in his bookish loft for long periods of study and introspection, animated by a burning desire to discover his true self and remain faithful to his creative destiny. The depth of his thoughts and feelings are mirrored in his friendships, his love affairs and his work ethic.

The reader might even internalize Eliade’s captivating inner dialogue and ask herself the same questions: Will my true destiny be fulfilled by my brain and willpower or my soul? Are we all meant to be heroes and demiurges but fail due to our weaknesses? One might feel grateful that the author’s vulnerability acts as a guiding light on the treacherous path of self-discovery.

Eliade’s views on politics and religion are reflected in conversations with his friends and colleagues, some of whom are not named but are easily guessed, such as the controversial Nae Ionescu, his logics professor and a far-right leader. Eliade’s alleged involvement with the far right would later be a major source of criticism of the author after the Second World War.

Eliade’s ambition to one day reflect the ‘soul of the nation’ in his own consciousness would be fulfilled by his eventually becoming one of the leaders of his generation of intellectuals, like Constantin Noica and Emil Cioran. Some of their interactions are described in the book, with Eliade exploring the dynamics and atmosphere of their circles. These monumental philosophers, writers and professors from all sides of the political spectrum were the last generation of free-thinkers before communist rule; some might say a ‘lost’ generation – to exile, imprisonment or assassination – who produced an impressive body of work waiting to be rediscovered by younger generations.

A novel of intense introspection and captivating academic explorations, Gaudeamus is a journey I recommend to any reader interested in self-discovery. It is a book of endings and beginnings in whose pages one might find oneself. As I think about young Eliade in his Bucharest loft, I feel grateful that Christopher Bartholomew has provided a great translation so I could rediscover Eliade in my London loft and reconnect with his brilliant ideas.

Translated from the Romanian by Christopher Bartholomew