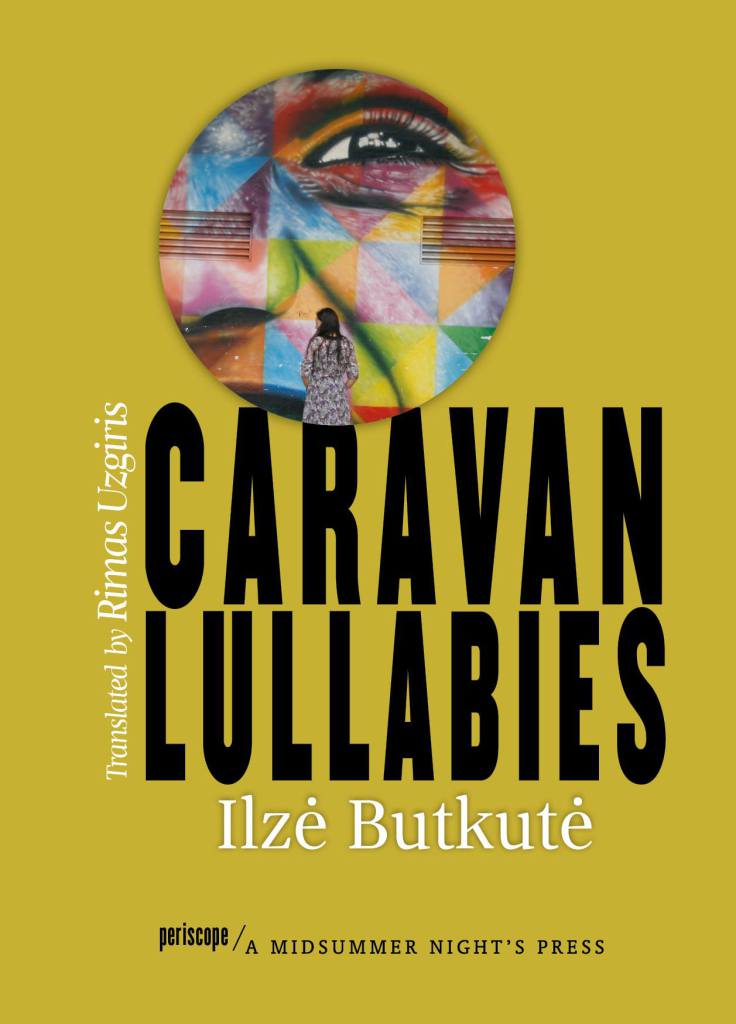 I keep staring at the titles of Ilzė Butkutė’s two poetry collections – Caravan Lullabies and Carnival Moon – and I’m evermore sure that the alliteration cannot be accidental. The words mirror each other even more closely in the original Lithuanian: ‘karavanų’ and ‘karnavalų’. In fact the English collection, entitled Caravan Lullabies, consists of two parts, each a selection of poems from Butkutė’s two original, Lithuanian volumes. The theme of carnival and circus is strong in both sections, which somehow verifies my deep feeling that dividing poems into separate sets or volumes is often unnatural and imposed. Perhaps poets should just have their collections numbered? A proposition…?

Once this circus / carnival link was established, my reading of the title of the collection changed from the instinctive and initial ‘caravan’ as tourist accommodation, or even as a reference to travellers / Roma / gypsies. Suddenly an image of a circus caravan took over.

It is all in fact explained in ‘To yearn is to walk on one’s hands’:

Forgive me, I didn’t tell you – I grew up in a circus.
They left me to study with the magician –
to draw a handful of rabbits from the night.

I was raised by ten dwarves.
I helped them with costumes and makeup,
and leaning over, I listened to lullabies.

town of the valley…

But not all the poems in Caravan Lullabies have the circus slant. I was particularly taken with ‘A Shelter for Novembers’, which made me think of all kinds of shelter – for humans and for animals; of immigrant children kept in refugee camps and in cages; and of the idea of things dying out.

This is the shelter for Novembers – windows boarded shut,
new ones not accepted, last year’s have yet to die out.

So many lie curled up inside – their cages continue to swing
along walls and corridors flooded with the perspective of night.
Someone has made a cocoon. Someone still draws breath. –
This is a shelter for Novembers. It’s best to walk on by.

I will finish with a full disclosure. While writing this review, I was also working on my own poetic response to one of Butkutė’s poems, ‘I Can’t Remember My Future Name’, as part of the ‘Transreading the Baltics’ course at the Poetry School. That, in turn, led me to memories of childhood visits to the circus and – more recently – to watching American Horror Story: Freak Show with the striking Jessica Lange as Elsa Mars as David Bowie. I admit that, for a moment, I tried resisting this strong circus / freak show pull, but it prevailed. As, in fact, it prevails over the entirety of Ilzė Butkutė’s Caravan Lullabies collection. And now I think there is absolutely nothing wrong with that…

Translated from the Lithuanian by Rimas Uzgiris