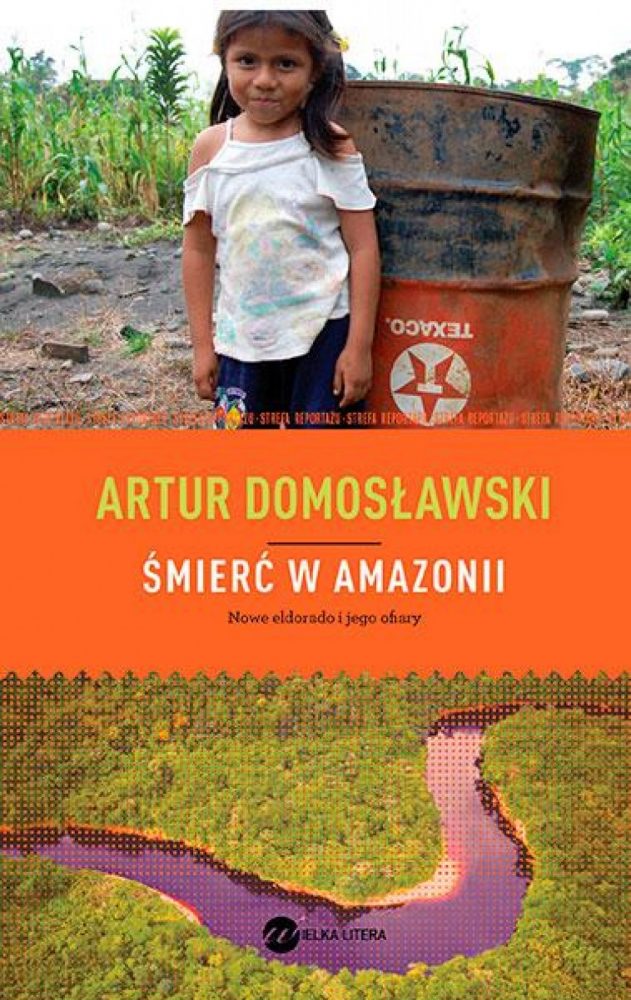 This book of reportage documents three instances of severe environmental damage and industrial skulduggery committed by major international companies, to the detriment of local people fighting for their rights in areas of the Amazon rainforest.

Part One, “Death in the Amazon”, describes the assassination in 2011 of two campaigners against the destruction of the rainforest in Parà, Brazil, killed on the orders of those with vested interests in the industries that benefit from deforestation. Hundreds of rural activists have been killed for trying to protect the environment against the ravages of timber traders, producers of charcoal used to make parts for domestic appliances and cars, and cattle breeders. Acting as syndicates, these major industries are dangerous opponents, well connected at the top of the power chain.

Part Two, “Mountains of Gold”, describes efforts by local campaigners to combat the persecution of indigenous people and the destruction of the environment by a gold mining company in the Peruvian Andes. By force as well as corruption, the mining company has annexed the indigenous people’s land and polluted it with the toxic byproducts of their industrial activities. It invests in terrorising its critics.

Part Three, “Smoking Selva, Rainbow River”, describes environmental poisoning caused by oil extraction in northern Ecuador since the 1960s, when there were no environmental laws. Worse yet, the local people were told that, far from being toxic, crude oil was good for their health. Laws were introduced in the 1970s, but aren’t enforced. A lawyer who grew up in a polluted village champions the local people against oil conglomerate Texaco-Chevron. He and the American lawyer who has helped him to win compensation for some of the devastation of local lives have suffered revenge attacks. But Domosławski sees their success in the courts as an optimistic sign.

One review of this book said: “Reading it makes you feel like going outside and trying to change the world. And perhaps it’s high time we got on with it.” This is an important point – Domosławski doesn’t let his readers complacently feel that educating themselves by reading this book is enough of a contribution to a serious problem. Instead he makes them aware of their own culpability as consumers.

He tells his stories convincingly, in a lucid, readable way, with plenty of direct evidence from those at the heart of the issues in question. His interlocutors are activists, lawyers and journalists involved in the fight for local rights, often at risk of their lives. He also talks to ordinary people whose lives are affected by environmental destruction. He has spent years investigating and following events, immersing himself in the story as much as possible. He backs up his on-the-spot reportage with research from books and press material written in Spanish, Portuguese, English and Polish.

He also views modern events from a historical perspective, comparing the colonial abuse of the indigenous people of the region by the conquistadors to modern-day industrial exploitation by foreign conglomerates – there isn’t much difference. As a journalist he champions the downtrodden, voiceless native people, presenting the privileged northern hemisphere reader not just with some shocking facts, but a challenge. He definitely has a mission, and he makes his arguments very persuasively.

Read extract from DEATH IN THE AMAZON by Artur Domosławski translated by Antonia Lloyd-Jones.