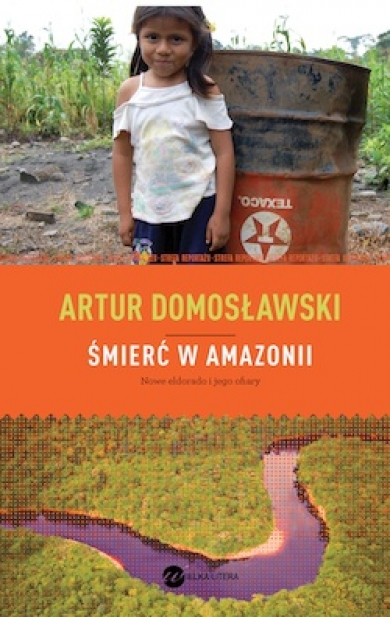 They made seventeen holes in his body.

Four of the bullets pierced his abdominal cavity, six went into the right lung, one went into the inner part of his neck on the left side, another one lodged in the back of his head and the rest wounded various parts of his body.

Forty-three-year-old Edmundo Becerra, whom everyone called Esmundo, was watering his cattle at a place not far from the village of Yanacanchilla, where he lived with his wife and four-year-old son. […]

Esmundo was not a typical, indigent highlander. Educated, a vet by profession, he had a large piece of land and a small herd of cattle. He was a dairy farmer.

When the Yanacocha-Newmont mining corporation was preparing to exploit new deposits a short distance above Yanacanchilla, Esmundo founded the Front for

Protection of the Environment. No pasaran! In response, the corporation brought in people from outside the region. They looked like indigenous Andeans, and they started to settle in the terrain above the village. They set up a rival Front for Protection of the Environment and Development – the typical strategy of dividing people to be able to say later on, “Look how many of the locals support us”. The “importees” had guns and walkie-talkies, and operated as an organised group.

Conflict erupted when Esmundo tried watering his cattle in the lagoons located on land occupied by the newcomers. The ownership law doesn’t cover the lagoons, and the owners of the surrounding land have a duty to enable access for farmers wanting to water their cattle. But the newcomers had no respect for the law.

He started receiving threats: don’t interfere with mining issues. He was showered in insults of the worst kind.

One day some armed men beat him up. He drove to the police station in Chanta Alta, two hours away, to report the incident. Go and see the judge in Cajamarca, said the policemen. And they laughed.

Others who were intimidated heard men from the armed group boasting that they were untouchable because they were protected by Yanacocha-Newmont.

Soon after, Esmundo was shot dead.

The killing is reminiscent of the typical elimination of an inconvenient community leader, in Colombian or Brazilian style. The project to exploit the new deposit was suspended. The “imported” highlanders dissolved into thin air, and their front for development disappeared with them.

Esmundo’s village was traumatised. It’s a small community, just 45 families at the time, among whom fear, mistrust and suspicion prevailed. The crime broke those people, it did them harm. Genaro López, Esmundo’s closest associate in the struggle, moved to Cajamarca. He now keeps away from social activism and won’t talk about his friend’s death.

Esmundo’s wife and child left the village, but nobody knows where they went.

Artur Domosławski (born 1967), is a journalist and reporter. His primary area of interest is Latin America, specifically the alter-globalisation movement and North-South relations. Controversially, he became famous for his monumental biography, Ryszard Kapuściński: A Life (Verso, 2012), in which he claimed that Kapuściński’s writing method involved departing from the precise facts. In Latin American Fever Domosławski discusses the complex socio-political situation in several Latin American countries, disproving myths about the continent. In Death in the Amazon he exposes the criminal activities of the timber, mining, charcoal and meat industries in Brazil, Peru and Ecuador, including the persecution of local ecologists and indigenous peoples. His new book, The Excluded, a summation of 20 years of travelling in the southern hemisphere, draws a broad portrait of those “whom nobody will speak up for”, ranging from Brazilian street children to Egyptian women fighting for their rights.