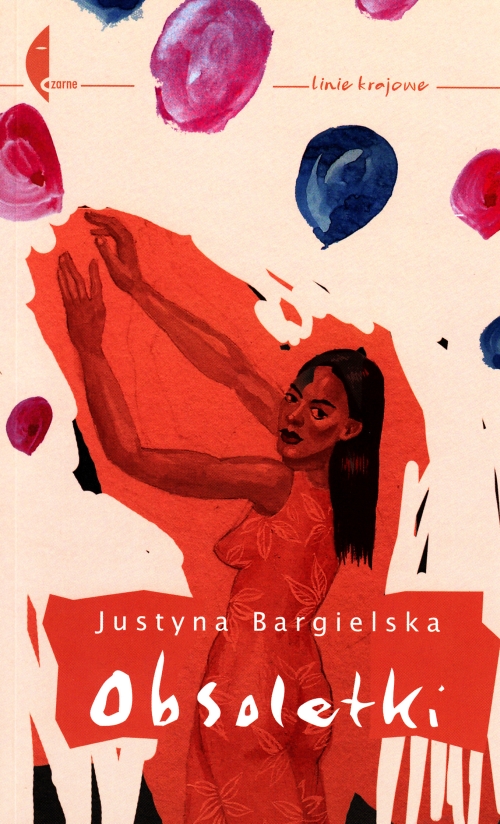 “Is Our Lady coming to the pool with us?” my daughter asked. She was holding the blue plastic Virgin Mary filled with Holy Water from Licheń and fiddling with the white crown.

My daughter turned me to ash with a look from those eyes of hers filled entirely with their pupils, and she stuck the Virgin Mary in the bag with our swimsuits.

Water is one of those environments where I feel like turning on the charm. For my birthday, my husband bought me a designer swimsuit, reversible.

“One side is black with reddish-brown flowers.” I called Agata immediately to brag. “And the other side is leopard print.”

“That side’s for around the house, right?” Agata asked.

“Yeah, you know, I put on the soundtrack to The Claim, throw on the suit and dance around.”

“Must be a rather stately dance.”

Our Lady fared well at the pool, right up to the moment she lost her crown, and her insides filled with water. In ’48 a more or less similar fate befell 20 girl scouts on one of the Pomeranian lakes. They set out in two boats and drowned. The previous evening they had staged, as part of camp, the psychodrama of Princess Wanda, who didn’t want to marry her German suitor – that night only one of them drowned, and it was only pretend. It turned out that she was the most remarkable of the twenty, and her mother, certain of her daughter’s holiness, proved it with 25 bullet points. That particular Wanda ended her resumé, written a month before her death, with the line: “After finishing my general education at high-school level, I intend to study at the Academy for the Dramatic Arts.”

When I was six, my dad brought me a walking-talking doll from the Soviet Union.

After a while it stopped walking, and also talking: my brother had pulled out her walking-talking mechanism and shoved a sausage sandwich in its place. I never heard the end of it for not looking after my doll.

Born in 1977, Justyna Bargielska is the author of seven poetry collections and two novels. Published in 2010, Obsoletki won the Gdynia Prize and was also nominated for the Paszport Polityki Prize and the Nike Prize. The renowned Gazeta Wyborcza newspaper places Bargielska in fourth place as Nobel Prize candidate for 2040.

Maria Jastrzębska first got to know Bargielska’s work by translating a selection of her poems for Modern Poetry in Translation. More translations appear in Poetry Wales, the pan-European project E-Merging Creativity, and Poetry International. She is co-translator, with Ana Jelnikar, of Iztok Osojnik’s selected poems Elsewhere. Her most recent poetry collection is At The Library of Memories.

Mira Rosenthal is the translator of several books by Polish poet Tomasz Różycki, including Colonies, which won the Northern California Book Award and was shortlisted for several other prizes, including the prestigious International Griffin Poetry Prize. She is the author of The Local World and Director of Creative Writing at the University of South Alabama.