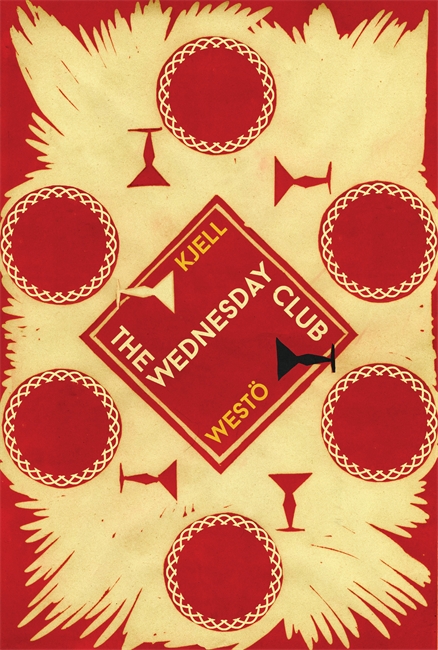 It is 1938, some twenty-one years into Finnish independence, and the scarred layers of Helsinki society are continuing to reconcile the ghosts of civil war with a new, contemporary identity. The Wednesday Club, a dining and debating society made up of six upper-middle-class men, has been meeting once a month for the last eleven years, but now, with the European continent sliding dangerously into chaos and war, tensions and divisions between them are surfacing and threatening to destabilise the club – and with it any hopes they may have of maintaining their places in the Swedish-speaking establishment.

Kjell Westö sets his psychological thriller against this background, shaping the narrative alongside the simmering and unpredictable national-political interests and pressures Finland experiences as a result of her geographical “buffer-zone” position between the Soviets and the Nazis, both of whose propaganda machines are focusing on the new country in the run-up to World War II.

This is not, however, a novel about middle-aged male officialdom and bureaucracy. Far from it. It is very much a human-interest story. Claes Thune, the liberal-leaning former diplomat in the Finnish legations in Moscow and Stockholm, now a lawyer, is the male protagonist. Already heartbroken that his wife, Gabi, who finds it easier to make friends than he does, has left him, Thune remains deeply unsettled by the Nazi and anti-Semitic leanings of some of his colleagues and relations.

An assorted political field is represented by the other members of the Wednesday Club. Leopold (Polle) Grönroos, possibly the wealthiest member, is a pro-German investor whose main concern is that his fortune keeps growing. Guido Röman, a lazy print journalist with a famously large penis, is happy to go with the flow. There are two successful physicians: Robert (Robi) Lindmark is a progressive psychiatrist, while Lorens (Zorro) Arelius is a private doctor, whose scepticism towards liberalism and democracy comes from profound right-wing personal convictions. Joachim (Yogi) Jary is a Jewish poet and actor, prone to bouts of debilitating mental illness during which he has moments of insightful clarity. It is a “mixed company. But united by strong bonds”. Enter Matilda Wiik, and the club’s already fragile unity starts to wobble.

Mrs Wiik is from a working-class background and comes to Thune’s employ as his new secretary. Like Thune, she lives alone; her husband Hannes has simply walked out without a word. Polished, manicured and efficient, and always reading up about Hollywood stars in the latest issue of the Finnish-language Elokuva-Aitta movie magazine, Mrs Wiik has her eyes set on the wider world. But when she unexpectedly hears a familiar voice in Thune’s innermost room, her psychological childhood scars are re-opened as the trauma of the silent rapes perpetrated by “the Captain” in a prison camp during the Finnish Civil War of 1918 returns.

Westö’s tale is instantly enticing, taking us with it as events unfold. It is masterfully translated into English by Neil Smith who perfectly balances the “panoptic claustrophobia of Swedish [-speaking] Helsinki” with the “plain-spoken Finland” of the 1930s. And, sadly, we can also recognise the warnings in Westö’s novel about fascism in Europe today.

Andy Turner is an emerging literary translator from Swedish and German into English. He has just completed an MA in Literary Translation at UEA.