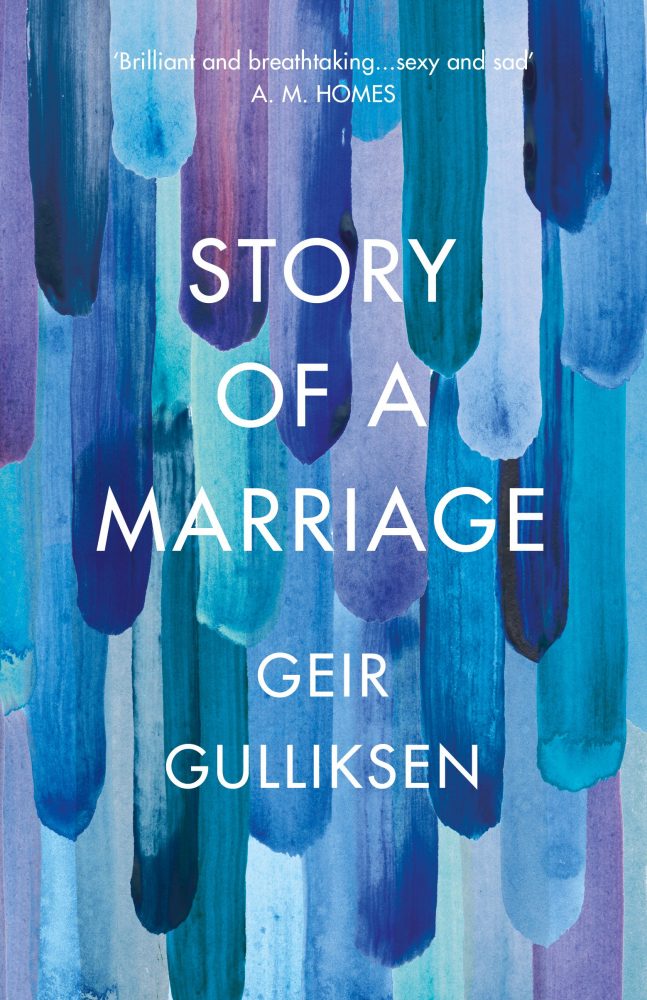 Engaging with the Nordic tradition of domesticity, from August Strindberg to Ingmar Bergman, Story of a Marriage is, in fact, the story of a middle-class Norwegian marriage. Gulliksen describes, from a male perspective, a marriage from its beginning to its end, offering us the turbulent thoughts of a man who is trying to understand his past mistakes. This stay-at-home dad (of unknown name), remembers his obsessions and flaws, attempts to come to terms with domesticity, and tries to understand if there was something wrong with his marriage or whether relationships are just meant to end.

Story of a Marriage explores how one couple strive to differentiate their partnership from what they see as common marriages, search for a definition of their own relationship, and try to be in a marriage while escaping the idea of marriage. But trapped in this paradox, the attempts to find an alternative way of living are not really successful. The reader is left to wonder if the very meaning of marriage can change, if its limits can expand without turning marriage into a formless reality, without dissolving the bond between two people. Do spouses need to draw red lines to keep their relationships safe? How far can we push our commitment to one person? Gulliksen asks us to put our own limits on the table and to acknowledge them. And in doing so, we are invited to reflect about the meaning of boundaries in our relationships and in ourselves.

Gulliksen’s novel also wonders about the possibility of an open sexual life, which is not without its own problems. In fact, while the protagonist does not seem bothered by his wife’s independent life, he cannot cope with her new ‘running mate’, who he imagines is a threat to his marriage. The introduction of this third party into their lives makes evident his own emotional vulnerability, forcing him to question all his assumptions about what a modern marriage is. The boundary between fiction and reality is, therefore, constantly blurred in the mind of this modern yet jealous husband, leaving the reader confused about what is fact and what is imaginary. And this indistinct boundary is what creates the tension between ‘who I am’ and ‘who I would like to be’ in the man’s own marriage. He has fantasies about his wife in bed with other men while he is making love with her in their own bed, but these scenes are not clearly depicted, highlighting his confusion about what he thinks he wants and what he actually wants. Thus, the novel raises interesting questions about the image we create of ourselves, our actual, true selves, and how far away these two are from each other.

Story of a Marriage is a tale of modern love that adapts the domestic genre to contemporary life, and tries to deal with questions that marriages confront today. It offers a space for reflection on the ways we organise our intimate and emotional lives, and is therefore an excellent read for anyone trying to understand the puzzle of relationships.

STORY OF A MARRIAGE

Translated from the Norwegian by Deborah Dawkin

Aina Martí is Assistant Lecturer in Catalan at Kent University and Researcher at the TV boutique production company Bryncoed Productions. She lives in Canterbury and loves spending winter nights with her boyfriend watching films and cooking hot chocolate in the Spanish style (real hot chocolate). She also enjoys to interview writers and edit her own blog.