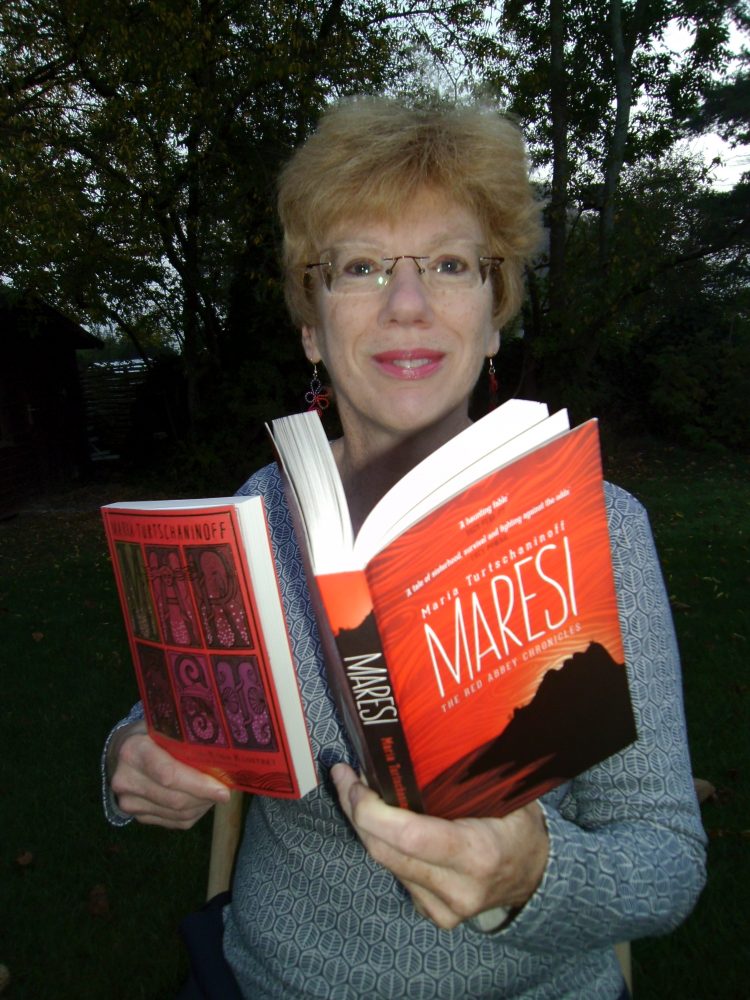 Thirteen-year-old Maresi is a novice in a matriarchal religious community on a remote island, where she has taken refuge after a famine. Many of her fellow novices have fled from benighted societies where women are chattels, and are denied education and personal freedom. Maresi is set in a pre-industrial world that resembles medieval Europe – but there is a striking difference. Though the sisters of the Red Abbey worship a holy trinity, their deity is a moon goddess who is at once maiden, mother and crone. They are not subject to a male hierarchy, but live independently in an all-female community.

The first half of this imaginative young-adult novel depicts the texture and rhythm of life on the island of Menos, whose name – ‘life force’ in Ancient Greek – also suggests the female cycle. The mythical setting is painted in Tolkienesque detail. Real natural phenomena coexist with the imaginary: the koan bird that warns of approaching peril and the blood-snails harvested in harmony with nature.

This idyll is disturbed when the arrival of a shivering, browbeaten refugee named Jai brings forebodings of an external threat. Fragments of her horrific story emerge little by little, building suspense. Maresi, for her part, discovers a mystical affinity with the crone aspect of the goddess, which horrifies her at first.

When an unknown ship approaches, Jai knows her father has come to subject her to the same fate as her sister. Peaceful resistance is met with violence, so now the onus is on Maresi – a bookish but carefree young girl up to this point – to harness the powers vested in her by the crone and save her friends.

In this darkly enchanting novel, with prose that, in A.A. Prime’s translation, is often richly poetic, Turtschaninoff has created a female protagonist who, though endowed with abilities that recall the prowess of The Hunger Games’ Katniss Everdeen, is a very different kind of heroine. Despite her supernatural powers, Maresi impresses more through her thirst for learning and her vocation to impart knowledge and understanding. By the end of the tale, there is something of Malala Yousafzai about her.

Is this fictitious world pure fantasy? Not in my view. In 2018, two-thirds of the world’s unschooled children are girls. ‘Honour killings’ of the kind depicted in Maresi are a reality. And rape – which, mercifully, is alluded to only obliquely in the novel – continues to be deployed as a weapon of war.

Conversely, some readers have questioned whether the peaceful matriarchal community portrayed in Maresi is too idyllic. Had Naomi Alderman, author of The Power, written this novel, she might well have transformed the Red Abbey into a female warlord’s fiefdom and the young heroine into a man-zapping girl warrior. Turtschaninoff, on the other hand, holds out the hope that female empowerment might eventually result in a gentler society. This more optimistic vision has much to recommend it in an age when violence is all too often equated with strength.

Translated from the Swedish by A.A. Prime