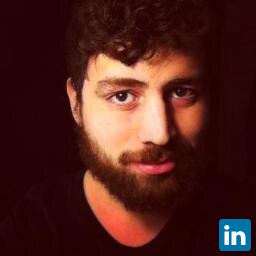 What are the libraries of tomorrow going to look like? Last month, during a dinner, I debated the question with Michael, an architecture student at Gothenburg University.

In my view people who lick their fingers to leaf through the pages of books will be an extinct species in future, as printed books are going to disappear and will be replaced by e-books. If you share my opinion, you must admit that building new libraries makes no sense in a world without books. So I answered Michael sceptically, “Do you really think that libraries will still exist in the future because you can already download all of Stieg Larsson’s books at home on your iPad?”

“It will be different,” commented the Swedish architecture student. “People won’t come to libraries just to find books, but to meet other people.” According to him, readers will come to tomorrow’s libraries with their tablets and download books from the catalogue just like they once borrowed printed books. Users will appreciate the convivial zen atmosphere and meet in libraries to read their tablets and talk about the latest books they’ve read.

I still can’t believe him. Today, algorithms already suggest books that might interest me and I can access a wealth of websites with reviews by literary critics and alpha readers. In these circumstances, why should I leave my living room and go to the nearest tablet library?

And what about “meeting in a convivial atmosphere”? Will the library become a coffeehouse? I doubt whether librarians would ever appreciate becoming part-time baristas or technicians tasked with sorting out all the glitches with tablets…

I was fairly surprised, however, as I discovered that bookless libraries already exist. In most cases, they are university libraries with young users who are perfectly attuned to computers, but the first public digital library opened in San Antonio, Texas, in September 2013. The promotional video clip shows something that resembles a 4,000-square-foot Apple Store with orange furniture. Thanks to five hundred e-readers, forty-eight computers and twenty iPads, the users can access as many as ten thousand digital books listed in the catalogue. But no single printed book.

In my opinion, the aim of this kind of library isn’t promoting literature or being a convivial place for reading books, but something radically different. The video presentation states that San Antonio’s “BiblioTech” supports the local population without any Internet access to get online to write a CV or answer job ads. Maureen Sullivan, President of the American Library Association, emphasized the facility’s social mission as she wrote in Time in September 2013: “The library is no longer the place where you walk in and the thing you pay most attention to is the book collection. It’s now a place where, when you walk in, you’re immediately attuned to the variety of ways that people are making use of that space.”

Was my Swedish dinner companion right with his statement? To find out the truth, I contacted Catherine Muller, who works at ENSSIB*) and has an expert knowledge of the importance of digital books in the French and European libraries, and asked her if San Antonio’s bookless library was to become the standard for tomorrow’s libraries: “In my opinion,” she answered, “a variety of libraries will exist in the future: with and without printed books, specialising in old or new titles, borrowing books or not. In a word, the libraries will diversify according to their technical, social or political orientation. Anyway, even if we’re doubtlessly living in a transition period, I don’t believe that the generation born in the first decade of the new millennium will renounce printed books and their symbolism. This will be true even after digital books are in general use.”

So, there’s no reason to be worried: our children, and possibly even our grandchildren, will still experience that feeling of anxiety that takes hold of you when you didn’t return that library book, which you borrowed, on time.

This blog was originally published on ELit Literature House Europe on 30 July 2015.