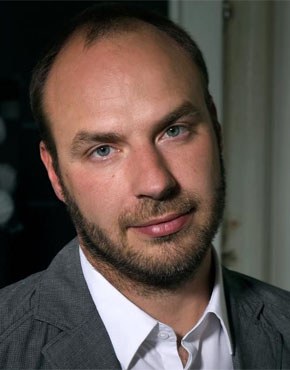 Note to the Newer Slovenian Film Adaptations by Gorazd Trušnovec

A brief overview of statistics shows that over 40% of all films produced between the inception of Slovenian cinematography after World War II and 1991 were literary adaptations. After Slovenia’s independence in 1991, the amount has halved to a mere 20%. In recent years, the attitude towards literary adaptations for film has somewhat improved both in the sense of content as well as public acceptance.

All of these trends share a logical background. Vast amounts of literary adaptations after the war are no surprise, as Slovenian literature in particular was traditionally regarded as a nationally constitutive art from and the film genre, which did not spring indigenous roots for various reasons (the first longer movies were filmed as late as during the early 1930s), acquired homeland rights by leaning on literature. Furthermore, Slovenian cinematography was established through the contributions of acclaimed – and “orthodox” – literati (Ciril Kosmač, Matej Bor, France Bevk, Ivan Potrč, Beno Zupančič …). It is interesting that the local echo of the neo-Slavic movements remains the same. Ples v dežju (Dance in the Rain, 1961), directed by Boštjan Hladnik and adapted from Dominik Smole’s existentialist novel Črni dnevi in beli dan (“Black Days and the White Day”) is still considered the best Slovenian film in history. Nasvidenje v naslednji vojni (Farewell until the Next War, 1980), directed by Živojin Pavlović and based on a controversial namesake novel by Vitomil Zupan comes as a close second. The three champions of Slovenian modernist film – Boštjan Hladnik, Matjaž Klopčič and Vojko Duletič – intensely relied on film adaptations. Duletič, who may have developed the most eclectic as well as homogeneous film diction meticulously weaved his entire opus from yarn made of literature.

In the sense of authorial film movements, this almost represents a sort of s local curiosity and it has only become apparent after the independence that the cineastes attempted to “secede” from literature too. Creatively, the younger generation had established itself and infused the artistic expression with a spark of playfulness and freshness at the turn of the millennium. Unfortunately, their approach turned out to be the consummate flaw preventing them from creating significant, meaningful films in the long run. Thus, it comes as no surprise that literary works are gaining momentum as potential adaptation sources.

Novelist Feri Lainšček, a native of Prekmurje, stands out as the post-independence principal whose works tempted a string of directors to turn them into films (Halgato, Mokuš, Traktor, ljubezen in rock’n’roll, Hit poletja …). He and director Marko Naberšnik in particular developed a very special kind of “authorial chemistry”. Naberšnik is responsible for the cinematizations of Lainšček’s novels Petelinji zajtrk (“Rooster’s Breakfast”, 2007); the third-most viewed Slovenian feature film to date; and Nedotakljivi (“The Untouchables”), which premièred under the title Šanghaj (Sanghaj) in 2012.

Slovenian cinematography also recently begun to systematically support the youth and young adult films. Matjaž Pikalo was the first screenwriter to carve a niche for himself in this genre. Pikalo penned the feature films Rdeča raketa (The Red Rocket; directed by Vojko Anzeljc, 2015) and Nika (directed by Slobodan Maksimović, 2016), while his novel Modri E (“The Blue E”, 1998) also has potential for a future screen adaptation. Incidentally, the mentioned novel once caused the author quite a lot of legal and financial trouble as a person sued him for libel and slander for allegedly having had been portrayed negatively as one of the antagonists in the book. The freshly cropped collaboration between director Igor Šterk and author Dušan Čater that lead to the feature film Pojdi z mano (Come With Me, 2016), adapted from the latter’s namesake novel (2008) also deserves to be mentioned particularly.

Another prominent name is Miha Mazzini, one of the most translated Slovenian authors, an experienced screen-writing lecturer, and prolific director of highly acclaimed shorts. His novel Kralj ropotajočih duhov (“King of the Clanging Ghosts”) served as template for the feature film Sladke sanje (Sweet Dreams; directed by Sašo Podgoršek, 2001). In 2016, Mazzini received the prestigious Kresnik Award for the best Slovenian novel of the Year for Otroštvo (“Childhood”), a return to his childhood in words. However, he has anything but given up on his burgeoning film career and proceeded to direct the feature film adaptation of his novel Izbrisana (“Erased”, 2015) by himself. A similar transition between both fields is also characteristic for Goran Vojnović who, contrary to Mazzini, has a formal degree in Directing but has hitherto experienced more success as a novelist. He recently directed two film adaptations of his own prize-winning works. While his original novels were met with much acclaim, the movie versions thereof received mixed reviews.

The crime fiction genre is also on the move among the increasing number of literary adaptations. Two thriller adaptations turned that deserve to be mentioned particularly are Psi brezčasja (Dogs of Timelessness; directed by Matej Nahtigal, 2015), adapted after Zoran Benčič’s namesake novel and Pod gladino (Buoyancy; directed by Klemen Dvornik, 2016), a fairly free adaptation of the plot of Maja Novak’s novel Cimre (“Roommates”, 1995). Tadej Golob’s most recent crime novel Jezero (“The Lake”) conveys a subtle atmosphere similar to the “Scandinavian noir”. The book of the former Kresnik Award winner for best novel of the year positively beckons to be adapted for the big screen. Even before Golob’s excursion, theatre director and playwright Matjaž Zupančič’s Hitchcockesque novels Obiskovalec (“The Visitor”, 1997) and Sence v očesu (Shadows in the Eye, 2000) oozed film promise but somehow still remain untapped to this very day.

However, there also many “great national stories” that would be a perfect fit for the silver screen. Immediately, two examples come to mind – two novels; two intimate, touching, factual stories set in a turbulent historic time: Maja Haderlap’s family saga Angel pozabe (“Angel of Oblivion”, 2011) and Drago Jančar‘s Rashomon-esque masterpiece To noč sem jo videl (“I Saw her That Night”, 2010). Both of these are also translated into English and German, thus interesting for international productions …

This blog was originally published on ELit Literature House Europe website on 6 March 2017.