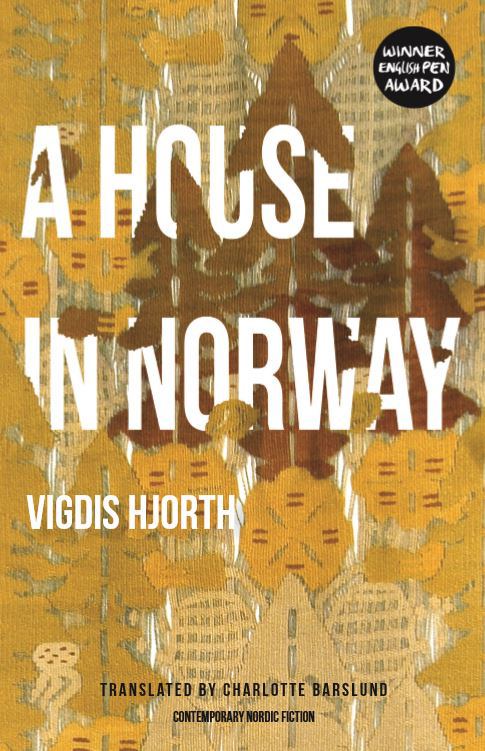 A HOUSE IN NORWAY by Vigdis Hjorth

Is it possible to reconcile the desire to be tolerant and altruistic with the imperative need for creative and personal space? Vigdis Hjorth’s A House in Norway looks at one of the big political questions of our time, the crisis of population movements and the desire to give assistance versus the threat to our traditional way of life, and makes it personal and gripping.

A House in Norway tells the story of Alma, a divorced textile artist who makes a living from weaving banners for trade unions and marching bands. She lives alone in an old villa, and rents out an apartment in her house to supplement her income. She is overjoyed to be given a more creative assignment, to design a tapestry for an exhibition to celebrate the centenary of women’s suffrage in Norway, but soon finds that it is a much more daunting task than she had anticipated. Meanwhile, a Polish family moves into her apartment, and their activities become a challenge to her unconscious assumptions and her self-image as a good feminist and an open-minded liberal.

Vigdis Hjorth (born 1959) is a Norwegian novelist whose work has been recognised by many prizes. Most recently she has been nominated for the Nordic Literature Prize for her novel Arv og miljø (“Inheritance and Environment”, Cappelen Damm, 2016). She writes about the dilemmas of living in modern society; her characters struggle to come to terms with a rapidly changing world and to find a meaningful way to integrate with others and realise their own potential.

Time and again, Vigdis Hjorth puts her finger on the pulse of Norwegian society.

A House in Norway

This translation by Charlotte Barslund was supported by NORLA and English PEN.