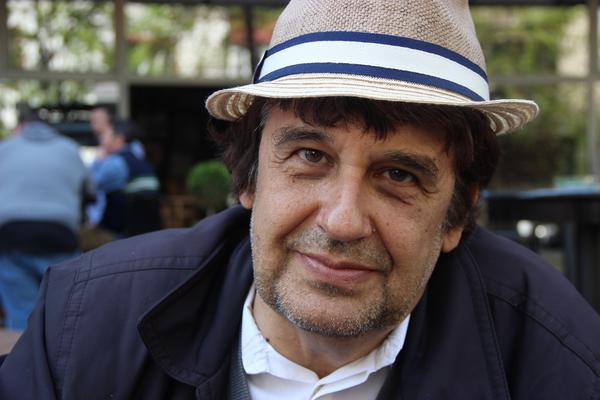 Macedonian writer Aleksandar Prokopiev spoke with translator Nathan Jeffers about his new book ‘Homonculus‘, out now at Istros Books. Listen to the podcast on AudioBoom.

Aleksandar Prokopiev graduated from the University of Belgrade Faculty of Philology, General and Comparative literature department, and finished his postgraduate education in Belgrade and at the Sorbonne. He has published 13 books of stories and essays, as well as a novella, ‘The Peeper’ (2007) and his collection, ‘Homunculus’ received the Balkanika Prize 2012. He has worked as a editor of several magazines, and was a member of the editorial board of Orient Express (Oxford, UK) and World Haiku (Kyoto, Japan); and presently for POEM Magazine (University of Roehampton). He has written screenplays for film, theatre, tv shows, radio dramas and comic books, and his works have been translated into many languages. Prokopiev is also the Artistic Director of the Pro-Za Balkan International Festival of Literature, Skopje, Macedonia.