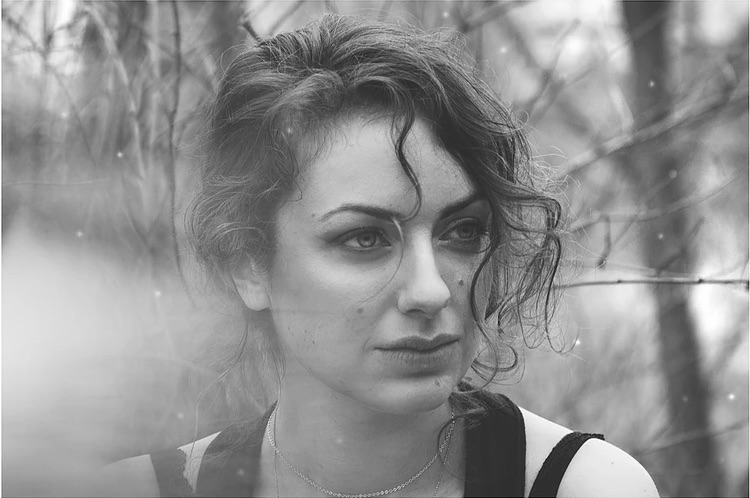 Fridolijn, an original singer and songwriter hailing from Amsterdam first appeared in 2011 with the release of Crossing the Rubicon, by her band Finn Silver. A self-released debut, that used jazz, pop and hiphop influences to create an original sound. The album reached top chart positions in Holland and Japan. It brought the band to international stages like Billboard Live Tokyo & Osaka as well as North Sea Jazz Festival. Itunes hauled the band ‘New Jazz Artist of the Year’. Fridolijn got involved in Singer/Songwriter supergroup ‘Ladies of the Lowlands’, she toured internationally with British jazzband Kairos 4tet and became host of the monthly vocal session at Amsterdam’s North Sea Jazzclub.

​After an intense time 2014 was the year to withdraw and focus on writing music again. With songwriters Danny Fisher and David Austin she took to the idyllic British countryside where the three ended up writing personal, deep and beautiful new music. The efforts of multiple writingsessions resulted in a magical studio session in London, during the summer of 2014. With a British topband of Richard Spaven on drums (Jose James/ Flying Lotus), Grant Windsor on keys (Jose James/ Gregory Porter), fellow songwriters Danny Fisher and David Austin on acoustic guitars, and Alex Bonfanti on bass Fridolijn and her band recorded a brand new album. With the help of mixing engineer Axel Reinemer and producer Richard Spaven the album was finalized at the Jazzanova Recording Studio in Berlin.

​The result is Catching Currents: a striking solo debut that blurs the boundaries between cinematic folk, singersongwriter, jazz, electronica, and broken beats and blends them into touching songs.

​With Catching Currents Fridolijn got signed to V2 Records Benelux and P-vine Records Japan, where it climbed the jazzcharts up to the top 10. The album was launched with an hour long concert at a crowded Bitterzoet. The response to the album was impressive: A solo debut of overwhelming ripeness. (Revolver’s Lust for Live magazine), It’s only a matter of time for Catching Currents to become a succes. It would be more than deserved. (Platomania), Fridolijn manages to move, seduce and impress with timeless popsongs. (Velvet Records).

When Fridolijn is asked to why she decided to move on by herself and releasing a highly personal album under her own name she replies: “When all currents seem to suddenly be flowing in a different direction than you, you can either struggle on, battle the undertow, or you can let go, catch the current, and let yourself be carried towards the unknown…”

Fridolijn will play at the High Impact. Literature from the Low Countries event on 17 January at the Tabernacle in London. Other guests include Herman Koch, David Nicholls, Esther Gerritsen, Joost de Vries, Sam Garrett and Jonathan Gibbs.