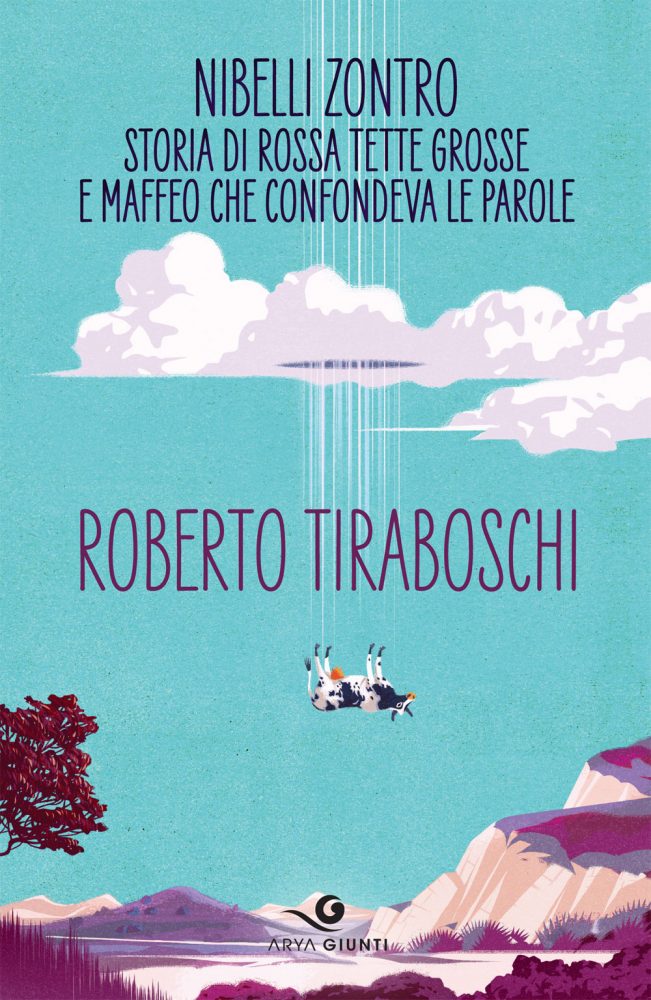 THE ITALIANIST. From NIBELLI ZONTRO by Roberto Tiraboschi, translated by Katherine Gregor

It’s windy. Autumn has arrived overnight. The sky is grey and the mountains around Santa Caterina seem wrapped in dust. Red zips up her fleece and covers her head. Her fuchsia locks hang loosely outside her hood.

She sees him come out. He looks different outdoors, younger. He’s wearing a green jacket that’s a bit too big for him. He’s carrying the leather messenger bag, with a long strap, over his shoulder. He walks slowly, head down.

He follows the river along the promenade that was once full of tourists. They’d come from all over Italy to go to the spa at Santa Caterina. Now, it’s a half-deserted little town, crushed by columns of lorries that scatter the gravel and spew crap.

Where does Bellini come from? Not from around here. His accent’s different.

He’s dragging his feet like someone with nothing to do. Red is determined to confront the teacher. She just has to find the right moment, make it look as if it’s a coincidence.

Bellini enters a Carrefour convenience shop. Red leans against the wall across the street; there’s still time before the bus. She takes a bag of crisps from her rucksack and starts eating them without taking her eyes off the entrance. Lorries keep driving past. The air is shitty.

There he is. He’s coming out. He’s holding a plastic bag. He can’t be that old after all, maybe forty, forty-five. It’s the goatee and the glasses that make him look ancient.

She could cross now and walk towards him. Red can’t make up her mind and starts following him again. Is she planning to spend all day tailing him?

The teacher crosses the bridge. He stops and leans over the railings to look at the river.

What’s so interesting to look at? Nothing. It’s just rocks and a sewer filled with muddy water at the end of the valley.

Doesn’t he have a family? A wife and kids waiting for him at home?

He resumes his walk, goes down to a kind of panoramic viewpoint on the riverbank and sits on a bench. He takes a sandwich out of the plastic bag and starts to eat.

Red can’t believe it. The Italian teacher is eating a sandwich on his own, on the bank of a river in the bleakest valley in the whole of northern Italy, like some homeless guy!

Suddenly, her chest is bursting with the heartbreaking sadness that comes over her whenever she sees her mother sitting in the kitchen watching television, or when she’s at Dino’s bar on her own, on a winter’s day.

An undefined sorrow that spreads through her whole body and devours even her few thoughts of freedom.

He’s finished eating. He takes a sip of Coke, puts everything back into the bag and heads down the tree-lined street that skirts the now abandoned spa. Red brick walls covered in moss.

He stops outside the front door of a white, two-storey cottage with the balcony railings painted red. He rummages in his bag.

An officer gets out of a carabinieri car parked across the street. He looks around, then walks over to Bellini. Perhaps he calls out to him, because the teacher turns around. They talk and Bellini nods. The carabiniere hands him a letter. The teacher holds it up as though he were about to let it fly away. They say goodbye.

Roberto Tiraboschi was born in Bergamo and lives between Rome and Venice. A playwright and author of screenplays, he has written for a number of Italian directors, including Liliana Cavani, Marco Pontecorvo and Silvio Soldini. He is the author of the novels La levatrice di Thanatos (The Midwife of Thanatos; Dino Audino editore, 1995), Sguardo 11 (Glance 11; 2002), Sonno (Sleep; 2007), as well as the noir trilogy set during the birth of Venice, La pietra per gli occhi. Venetia 1106 (The Eye Stone. The first Medieval noir about the birth of Venice; 2015), La bottega dello speziale. Venetia 1118 (The Apothecary’s Shop. A Novel of Venice, 1118 A.D.; 2016) – both translated into English by Katherine Gregor and published by Europa Editions – and L’angelo del mare fangoso. Venetia 1119 (all published by Edizioni E/O).