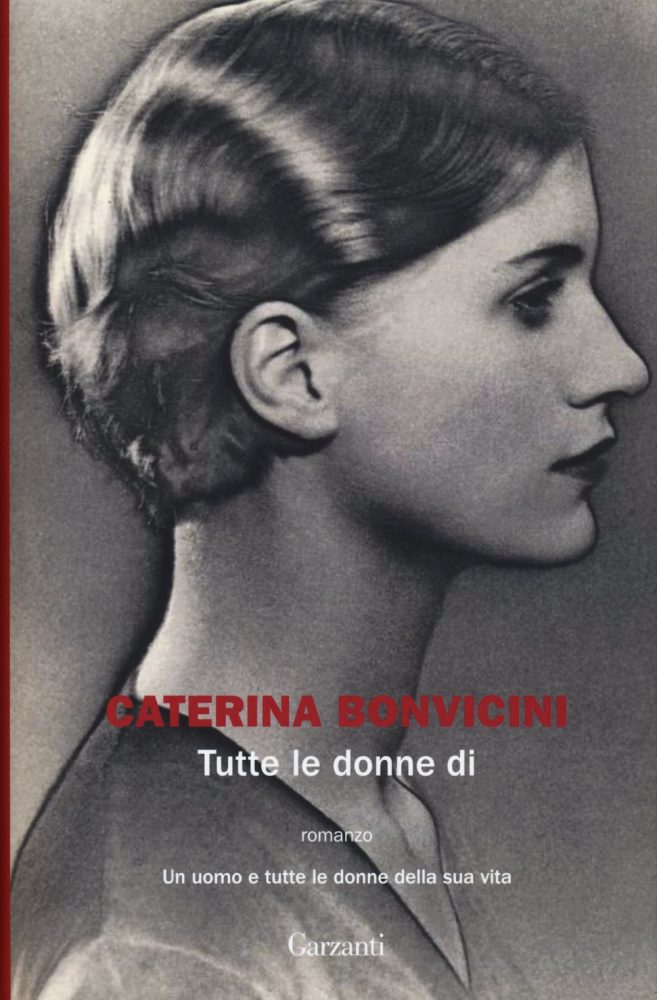 Christmas Eve. Seven women, all somehow connected to Vittorio (mother, wife, ex-wife, daughter 1, daughter 2, sister and girlfriend) are about to have dinner. Only Vittorio does not show up, and so begins a year of getting used to living without him, getting to know one another, catfights and networking. But what did happen to Vittorio?

A beautifully written, polyphonic novel narrated from the point of view of all the women, or those observing them. Not only a witty, insightful portrayal of contemporary upper-middle-class Milan, but an exploration of female relationships, from needy to controlling to supportive.

KG: Let’s talk about Tutte le donne di, an almost anti-feminist novel in which you focus on seven women and all their flaws. What inspired you to be so brutally honest in your portrayal?

CB: I am actually a staunch feminist and I love women, I have many female friends and boundless admiration for women who do something special and differently from men. In my novel I am picking not so much on women as on a specific bourgeoisie in Northern Italy. So, it’s a caricature of that kind of woman, which is entirely unrelated to my female writer friends or the extraordinary women I meet on the NGO ships. It’s more a social commentary about some middle-class false myths.

KG: Which character are you most fond of?

CB: I adore the grandmother [Lucrezia, Vittorio’s mother]. I think she’s the most entertaining character in the book. I like old ladies with perhaps a bit of a temper and daring, who’ve done a lot in their lives. I had a lot of fun sketching Lucrezia: she’s a very charming woman, an architect who has lived among artists, a friend of everything and everyone in the world of culture in Milan in her day. I love this kind of character in real life, not to mention in literature.

KG: As we speak, you are in the middle of the Mediterranean, on board the Médecins Sans Frontières/SOS Méditerranée ship Ocean Viking, which rescues migrants. Your daily travel log is being published in the weekly magazine L’Espresso. What prompted you to sail with them? Do you think you will write a book about this experience?

CB: I fell in love with the maritime NGOs a year and a half ago when I first sailed aboard the Mare Ionio, and there I got to know this world and became close friends with the people in this environment. I found out more through the Italian office of Médecins Sans Frontières and decided I really wanted to sail with them. I have now been on three missions – in August I witnessed my first rescue: 98 people, including 22 children. Now, aboard the Ocean Viking, we’ve performed six rescues so far. The Mediterranean is a subject that has been haunting me ever since I first got involved. Nothing else seems to interest me. I’ve decided to write a book [to be published by Einaudi next year] about the maritime NGOs, the rescue missions in the Mediterranean and these amazing people – the rescuers – who they are and their experiences. This has been an important turning point for me because from the moment you discover the tragedy of the Mediterranean, there’s no turning back.

Caterina Bonvicini and I exchanged these messages on WhatsApp following two rescues by Ocean Viking. She and the crew had not slept for 24 hours while dealing with the emergencies. They had 407 people on board.

Tutte le donne di is scheduled to be published in French translation by Gallimard in April.

Caterina’s previous novel, Correva l’anno del nostro amore, is to be translated into English by Antony Shugaar and published by Other Press in spring 2021.

Recently published in English translation: Michela Murgia, How to be a Fascist: A Manual (Pushkin Press, 16 January 2020) Translated by Alex Valente.