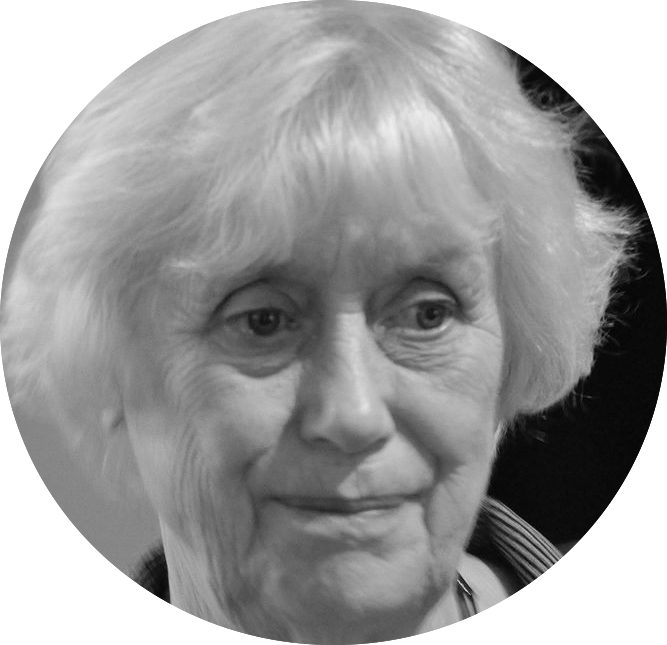 From DEVIL’S HORN (“Pukehornet”) by Kerstin Ekman, introduced and translated by Sarah Death

Two decades before Paul Auster published his meta-detective fiction in the stories of The New York Trilogy, leading Swedish author Kerstin Ekman dipped her toe in the same waters. Her Devil’s Horn, a clever and intriguing short novel, long overdue for translation into English, is set in a run-down workers’ district in Uppsala and in the surrounding countryside. It is sometimes described as a crossover work, marking the author’s transition from crime fiction to “serious” literature. But then all of Ekman’s fiction is multi-dimensional and resistant to straightforward genre categorisation.

In this opening chapter of Devil’s Horn we see old Agda Wallin’s insecure carer-handyman Pär (Peardrop) become trapped by his own fear and inertia after a  disastrous trip to the country. He soon finds himself caught in a web of lies. But is Peardrop the only teller of stories in the novel? Another narrative voice emerges: that of the female writer who rents one of the upstairs flats. The entire premise of the plot is gradually called into question: is the whole first section of the novel in fact a product of that writer’s imagination?

Pär went with her to Kolarby as usual to see she got on the bus alright and didn’t lose her footing on the way. She had made her usual trip in June. Now it was November, and if there had been snow on the ground, she would not have been able to make it from the bus to her sister’s cottage. It was too far by the lane, the way the milk lorries went, but there was a short cut along a good, level path through the forest up to the main road.

On the way back, he walked behind her to make sure she didn’t fall as she heaved herself along. Looking after old women had its drawbacks. Her sister had shed a few tears, sitting there among her packed boxes of possessions, and they had stayed longer than planned. Now they were making their way slowly through the forest, and as they did, he was telling someone about their trip.

“And wouldn’t you know it, the batty old bird wanted to take the forest path even though we had a full half-hour until the bus went. Agda, I said, you listen to me.” That’s what he could have said to her. He was practising the story of their trip to Rotbol near Kolarby. There was no guarantee he would ever have listeners to tell it to, but everything was better when he told it as a story. That was something he had often noticed: everything was better if he told it as a story while it was happening.

She stopped, not abruptly because she wasn’t capable of that, and at first he thought she had paused to look at something. But there was nothing to see. The ground was a patchwork of pine needles, ice and worn tree roots. The fir trees looked dead: grey beard lichen and pointed branches with no needles. Their tall tops were still green and were stirred by the chill and distant wind. He never felt comfortable in the forest. He shifted his feet restlessly, for the soles of his best shoes were thin. Then he saw she was staring.

She turned her eyes towards him and her body hunched over. “Feel poorly.”

He took out a cigarillo and stuck it in his mouth. Once he had lit it, he felt as if the forest were absorbing all its smell and taste.

He wanted her to shut up. He was so cross that he felt like lashing out; here he was, strolling along telling the story of what had just happened, and then she had to go and say something, or something happened, that didn’t fit at all. It was like stirring something fragile with a heavy implement.

Now, though, she was quiet for a long time, and while they were neither walking nor talking, he could hear the forest breathing sharply with its great lung.

“Just you take it easy,” he said. “We won’t miss the bus. But this is the last time, make no mistake, because you can’t bloody well carry on like this every year at your age. Even for me it’s –” he was forty-one “– a bit of an effort.”

He hadn’t wanted to say anything at all. If only she’d start moving again. But she was still doubled up. There were beads of sweat between the bristles on her top lip. Her eyes were not moving. Slowly and distinctly she said: “You must fetch help. Right away.”

He shifted his feet a little because he was so cold. She seemed to be afraid of moving her body. It was only her eyes that were following him, and he involuntarily retreated. Then she closed her eyes and stretched out a hand towards him. It was softer and limper than ever, and as she rested all her weight on his arm he almost lost his balance. She licked her lips and moved slowly back against a big, fallen tree. When she finally got herself down into a sitting position with the roots of the tree behind her for support, she gave a groan. He saw with disgust that something was dribbling from the corner of her mouth. She tried to spit out what she had brought up, and he took a couple of steps backwards. He was obliged to shut his eyes.

Now she’s down, she’s stuck, he thought. The thought must have struck her the same instant, because he saw once more the disconnected yet deeply focused look she had when she couldn’t get up by herself.

He had forgotten to take the cigarillo out of his mouth, or he would long since have asked her what was the matter.

“You must fetch help. Now.”

It wasn’t his fault he couldn’t stand that look of hers. That was the only reason he backed off. It did not occur to him that she could interpret it as a refusal, so used was he to obeying her.

“Pär,” she said, and her tongue went in and out between her lips; he couldn’t take his eyes off that trickle running from her mouth, “you’ve got to get help now, you hear me?”

Now she’s down, she’s stuck. Even if there’s nothing wrong with her. If I went off and left her now, she’d never get up. She’d be stuck down there until – well yes. She would. She can’t cope without me. She can’t do anything without me.

Her right arm still wasn’t working properly after that mini-stroke she had in August, which had also started with her feeling poorly.

Her eyes were steady, showing the patience of a dumb animal. If it hadn’t been for the rapid movements of her tongue and mouth, he would not have appreciated her terror or been infected by it.

Kerstin Ekman is Sweden’s storyteller extraordinaire, with numerous successful novels and many literary prizes to her name. Witty and erudite, she is an acute observer of society and its ills, especially of women’s place within its structures. She is best known in the UK for her so-much-more-than-crime-fiction title Blackwater (Chatto & Windus, 1995).

Sarah Death has translated almost forty books, mainly from Swedish. Her awards include the George Bernard Shaw Prize for Kerstin Ekman’s The Angel House. She is a managing director of Norvik Press and spent twelve years as editor-in-chief of Swedish Book Review.

Photo of Kerstin Ekman by Boberger