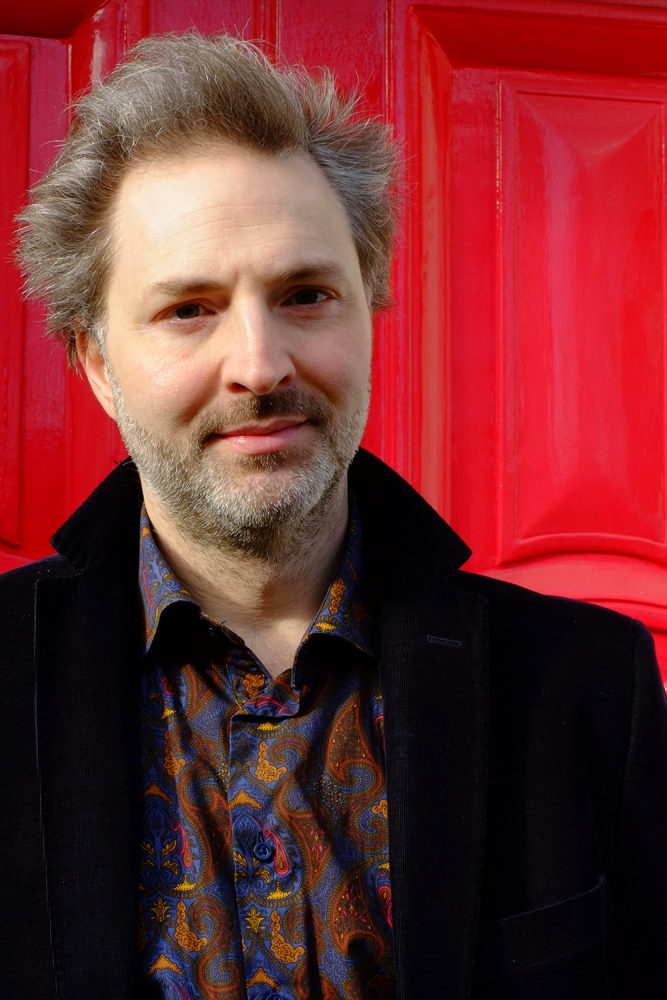 For as long as I can remember, any fantasising about writing or translating a book has been accompanied by daydreams of log cabins, beach huts, sea views, mountain horizons or a book-lined study in some rural nook. But although I have written and translated in many places outside of home, from trains to cafés, libraries to friends’ apartments, nowhere was ever quite right. Or at least it wasn’t until several years ago when I finally decided to get my act together, apply for a residency and find out if its fruits really were as sweet as I’d imagined. I am happy to report that they are even sweeter, but in ways I would never have dreamed.

The opportunity arose when I was asked to co-translate a long and complex historical novel: Le trajet d’une rivière by Swiss author Anne Cuneo, published by And Other Stories as Tregian’s Ground in 2015. The novel is the fictional memoir of real-life Cornish Catholic recusant, musician and music copyist Francis Tregian, thought by many to be the compiler of the hundreds of pieces in the Fitzwilliam Virginal Book. Having flipped a coin with my collaborator Louise Rogers Lalaurie to divvy up the chapters – odds for me, evens for her – I immediately set about finding a residency, mindful that we had to deliver in five months.

Looren was a place I’d heard mentioned by several colleagues, although I had assumed it was for Germanists only, being located thirty kilometres southeast of Zurich. But when I perused their website (www.looren.net) I was very pleasantly surprised to see that they accept applications from translators of all language combinations. In fact, Looren is one of several centres in the European Network of International Centres for Literary Translators (www.re-cit.org) available to translators working between any languages. Most of the other centres either insist that the translation be to or from the language(s) of the country in question, or else give priority to those languages. This might suit some people, particularly if you wish to immerse yourself in the language you’re working from, but it does limit the options, especially if you’re working with rarer or non-European languages. There are of course many other residencies not aimed specifically at translators, but for writers or artists in general; but although they may boast idyllic settings they can harbour certain disadvantages, such as a poor (or even non-existent) internet connection or else quite rigid mealtimes! Another factor to take into account is that, as translators, we often don’t have the luxury of planning very far in advance, unless we happen to be working on a long project. Some residencies require you to submit an application half a year or more ahead of time; Looren, however, can be booked at relatively short notice, depending on availability. In my experience, and those of others I’ve talked to, as long as you have a contract to translate a book (fiction or non-fiction) or poetry/story collection, then acceptance for a residency at Looren is pretty much a formality. And it’s relatively cheap too, costing 25 Swiss Francs (around £20) a week plus the cost of buying your own food, as well as any printing or telephone usage. Of course, travel and food can be a little dear (especially in Switzerland), so there are several grants you can apply for. I successfully applied for a Max Geilinger Grant, funded by a prize Looren had received to support the translation of Swiss works into English.

I didn’t want to be away for too long, so I planned a stay of just two weeks, at the end of the project, to do an in-depth read-through and polish. Why so short? The truth is, I was concerned that maybe a residency wouldn’t suit me at all, that I would get little done, or work poorly, and find myself up a gum tree. But I needn’t have worried. My stay at Looren was a revelation, one that began the morning after my evening arrival when I pressed the button to raise the electronic Venetian blinds on my large window, revealing an Alpine panorama: fields and trees and rolling hills stretching down to Lake Zurich, with the distant horizon a long line of mountain peaks as far as the eye could see.

At full capacity, Looren has space for twelve translators, though we were never more than eight during my stay. There is a large shared kitchen and a huge, comfortable living room that also serves as a library of Swiss literature. A wood-burning fireplace in one corner ensures cosiness, while the three-quarter high glazing on two sides fills the space with light. Guests prepare their own meals, sourced either from the petite but well-stocked village store, the large supermarket in town or the farm shop, which dispenses eggs, yoghurt and milk on a self-service honour system. Natural affiliations of character, language, or working rhythm lead to a certain amount of ad hoc communal dining and chit-chat, but the absolutely wonderful thing is the way that nobody bats an eyelid when you drain your mid-morning espresso cup or post-dinner snifter of Lithuanian moonshine and declare, ‘Ich muss dann jetzt mal noch was arbeiten / I must go and work now / Je dois aller travailler / Tengo que trabajar ahora / А сейчас мне надо идти работать.’ No frowns, no sighs, no ‘At this time?’ or ‘We were supposed to go and do X’. You’re safe among your own kind. And as happens when there are at least two translators in a room, questions of language, sense and phrasing are pitched and discussed, tips proffered, solutions formed and darlings murdered. It’s great to have company to hand – with whom to go for a morning stroll or share a naughty cigarette in the garden – but then retire to the solitude of your room or just slip on a pair of headphones and sink into an easy chair with printout or laptop, perhaps a book from the library, or one of the many literary journals which line the shelves.

Another gem is the generously stocked reference library on the lower-ground floor, organised by language and containing bilingual dictionaries, specialist glossaries and esoteric encyclopaedias. I would often nip down there to look for something then suddenly realise, half an hour later, that I had quite forgotten what word, phrase, or historical or scientific fact I had come to check, my attention having been distracted by the International Dictionary of Ballet (two thick volumes) or Eric Partridge’s Wordsworth Dictionary of the Underworld (hoodlums not Hades). There are monolingual and multilingual dictionaries in around 90 languages. The main languages catered for are German, French, English, Italian, Russian and Spanish, but there are a good few more languages (including Hungarian, Chinese, Swedish, Hebrew, Persian, Turkish, Danish, Latvian and Arabic) that have several dozen reference works each. And then there is the collection of Swiss literature in the four national languages (German, French, Italian and Romansh), as well as books on translation, and the ‘Looren Collection’: yes, that’s right, a condition of your residency is that you send Looren a copy of the published translation you were working on for future residents to peruse! Check out the online catalogue to see what they have: http://opac.winmedio.net/Looren/en/Default.aspx.

So how about the translation work itself? Well, it so happened that I was two chapters short of my first draft by the time I arrived at Looren. I would like to be able to say that I completed them twice as fast as if I were working at home, but no, they still took nearly as long. Procrastinatory tendencies travel remarkably well, and I found little change to my usual working rhythms. But later, when I was revising my translation back in London, a curious thing happened. As I worked through the final chapters, the ones I had translated during my residency, it was as if the heavens parted, bathing me in a divine light: ‘Who has written this sublime text that hardly needs changing?!’ I wondered. The quality of those final chapters was far superior to the others and required much less tweaking. Clearly the residency had worked a treat. Was it the fresh alpine air? The inspiring view? The company and tacit support of my colleagues working away in their own rooms just down the corridor? The extensive reference library? I doubt I will ever know for sure. But Looren had worked its very special magic.

Roland Glasser’s latest translation, Real Life by Adeline Dieudonné, was published by World Editions in Spring 2020. Roland is a co-founder of The Starling Bureau (www.thestarlingbureau.com) – a London-based collective of literary translators bringing the world’s best books to publishers.

An earlier version of this article appeared in issue #44 of In Other Words.