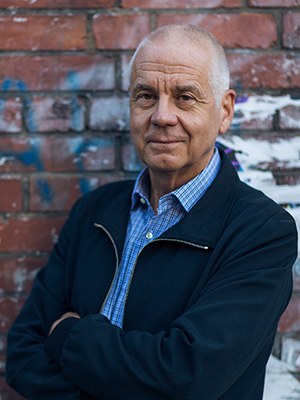 ELit Europe After Corona: Europe – from the Vision to Fata Morgana by Matthias Politycki

Europe – from the Vision to Fata Morgana

In the early 1990s – the Iron Curtain had just fallen – when the hint of revolution and future was in the air and our heads were full of visions, I decided with my Dutch friend, Johan de Blank: that on day X when the European Union would have turned into the United States of Europe, we would go together to the residents’ registration office with the intention of applying for a European passport. Its bordeaux-red cover would no longer bear any differentiation below the new state’s name like “Federal Republic of Germany” or “Koninkrijk der Nederlanden”.

A small symbolic act, inspired by the great narrative that carried us through this golden decade, the narrative of a united Europe. Strictly speaking, it already carried me through the preceding decades. My parents, who had experienced the Second World War, consciously educated me as a European; what the founding fathers of the EU had actually felt, the yearning for unifying Europe as a peace project, was also a heart’s desire for them, which they actively lived and bequeathed to me as their emotional legacy.

But we, the next generation, have evidently omitted to transfer this emotional legacy, too, to the generations who came after us. Imperceptibly, the EU became a cipher for its residents and, at some point, for many people even an annoyance; the seriousness, which was behind its foundation, the experience of violence and suffering, the fear of a new war, we’ve forgotten all that. Even the elites were eventually no longer interested in Europe. You just don’t arrive in a genuine community with others by making possible claims about noble objectives, and definitely not by gradual bureaucratization of an idea, but rather by having lived through a key experience together. Often, they are disasters; yet even the summer fairy tale of the 2006 World Cup was such a shared experience whose effect lingered for a long while – incidentally, far beyond German borders. Did Europe have such a key experience?

It had several veritable crises that, in the end, it overcame very well. However, apparently the urgency was never great enough for us to need to get that much closer as Europeans and because of sheer closeness being able to grow into a genuine, felt sense of us. The migrant crisis in the years 2015ff. disunited us more than it united us, not least due to Germany’s independent surging ahead. Great Britain was the first country that drew the consequences and bade farewell to the European idea through a referendum; analyses of voter mobility show that the “Leave” campaign was able to take the decisive two percentage points with the message, “We must break free of the EU and take back control of our borders”, which it prioritized in the final days before the vote.

A tremendous shock to the European foundations that reverberates to this day. What was lost was a central piece of the shared narrative that would time and again have to newly connect the many diverse narratives of our “home countries” on a higher level and over time would mean ever closer integration with each other. The once (seemingly) not far off vision diffused into a faraway utopia. Maybe we just forgot that something so wonderful as the European idea only makes hearts leap if it’s told in a wonderful way: with love, pathos, passion, at least every now and again. So the idea became pale and flimsy; it no longer has any aura and certainly no magnetism.
Other narratives were stronger and remain so until today – globalization, migration, climate crisis, the end of the world. They exerted their influence, so the visions of the youngest generations, according to regularly conducted surveys, amount to the hope for everyone to have a good life. Who wouldn’t want that? But this also means: young people’s vision of saving the world supersedes a European vision. Every young generation in its specific radicalism proves to be moral and with integrity; and the older people always react with balancing interests, in this instance with the question: where is it actually best for us to begin as moral individuals to commit to a better world? Should we not also promote the difficult internal process within the EU of intertwining the diverse European cultures more closely with each other again in one and the same European spirit (of the Enlightenment, humanism, human rights)? To open up Europe, especially in its currently critical state, for all those who hope for a better life here, is a laudable sentiment and amazingly naive thinking. It would mean nothing other than: a majority of the European partner countries would not be ready for this and would similarly break away from the EU, like Great Britain already has done.

The European idea has already been eroded long ago; now the coronavirus has efficiently added to it again. Not because all states, even EU member states, have temporarily closed their borders – social distancing at state level. At least that made it clear to everybody that borderless freedom of movement in Europe is not to be taken for granted, no basic right that we could demonstrate for and insist upon. The European idea has lost again because the EU became a spectator, while country- and even regional princes, each for himself, rose to being the great organizers of the crisis. The mid-May Forsa opinion poll recorded that, in Germany, all political institutions during the two-month ‘stay home’ rule could win approval, the federal chancellor, regional prime ministers, mayors – except for one single institution: “Only the European Union has lost”, according to DIE WELT on 16.5.2020: “It lost three percentage points and its approval rating is now only 37 per cent.”

Apparently, the coronavirus has showed us in particular how little the EU member states would hold together and take joint action even in the next crisis. What was no longer a vision for quite a while is now not even utopia any more, but Fata Morgana. In the opinion of the political scientist, Herfried Münkler, “a return to the state and nation” is already apparent (“Der 8. Tag”, Morning Briefing podcast, 15.5.2020). Faced with imminent world disorder, the idea of nation and nation-state seems to promise greater security simply because governments have used the opportunity to prove themselves as responsible crisis managers and also to stage-manage, cue love, pathos, passion, and because courtesy of its dry-as-dust EU bureaucrats’ mode, the EU failed in exactly that.

Should it not have tried to moderate the raging particularism of the nation-states, to coordinate, to provide infrastructure for multilateral discussions, which would at least have made the will for joint action noticeable? Even on 18.5.2020 when Ms Merkel and Mr Macron could force through a decision for a 500 billion euro stimulus package, so for their circumstances a remarkably unified commitment to Europe, no joy emerged anywhere. What actually still needs to happen before the idea of the EU stirs emotions again? Do we just have to wait for the next crisis or, preferably, for a next summer fairy tale that welds us together to a European “we”. I cherish the vision of the United States of Europe, even if I probably won’t be around to experience it myself anymore. And Johan de Blank, my Dutch friend, does too. Anything else would seem to us depressing, negligent, myopic, totally out of the question.

This blog was originally published on ELit Literature House Europe website on 11 June 2020.