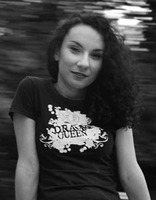 Looking around the milieu of former Yugoslavia and its writers, many of which have migrated across the globe due to the war and the following transition, one is hard pressed to find an author enjoying greater international esteem than Aleksandar Hemon. The global recognition of this Chicago-based writer from Sarajevo has been growing steeply ever since the publication of his short story collections, The Question of Bruno (2000), when critics began comparing him to colossi of world literature such as Joseph Conrad and Vladimir Nabokov who had, just as Hemon, also learned English only at an adult age. Hemon is now actually so big that, when visiting the Slovene literary festival Vilenica last year, he was casually asked by a local reporter how he plans to react if, or rather when, he receives the Nobel prize. A lavish question, certainly, and yet one that probably didn’t raise many eyebrows, including Hemon’s own. As befits an author who always puts literature first, he simply replied that he doesn’t plan on getting one yet, and that all this was far removed from his mind.

His life story, contained in general or journalistic strokes at least, is well known: in the early nineties he receives a scholarship to stay in Chicago, which ends up colliding with the reality-shattering moment of the war’s violent eruption in his Bosnian homeland. Stranded in a new, alien land (as opposed to being stranded under siege in Sarajevo), Hemon is left at the mercy of growing a friendship with Chicago – finding his bar, finding his barber, his butcher, in short, establishing an intimate infrastructure. While at it, he observes that “you don’t have to know the whole city to know it’s a great city,” drawing parallels to Jorge Luis Borges who, having read but the first two chapters of Joyce‘s Ulysses, sat down and penned a critique stating the work was a masterpiece. The attitude can also be discerned from any of his texts, even those in the sphere of the media – like the columns he has for years been contributing to Radio Sarajevo, a precious wormhole to the current politics of his birthplace and likely the only public words he now writes in his mother tongue. The Bosnians, it was plain to see during his literary evening in Ljubljana attended by many of his countrymen, immigrants to Slovenia, cherish him as a national treasure. Naturally, since Hemon gives voice to the unnumbered immigrants, emigrants, victims of war, social outcasts and the struggling, a vessel for their realities’ exposition through journalism and literature.

Hemon honed his English while discovering Chicago in the nineties, making good use of his then employment with Greenpeace that had him walking door to door. He also revisited the great English classics, considering himself to be clumsy with the ‘foreign tongue’, keeping perhaps even purposefully some of this “clumsiness” to present day: “For me, it’s not about learning flawless English, it’s about molding it with my presence,” was a comment he made at that event in Ljubljana. “In Bosnia, the color of red wine is called black, for example. A literal translation into English gives me black wine, and with it a slew of new connotations.”

The second aim of his return to the classics was decoding them on his own terms, beyond interpretations offered at the Sarajevo faculty by professor Nikola Koljević who during the war transgressed to the side of politics, the executioner’s side, a move that in Hemon’s eyes relativizes the issue of ethical bearing within the domain of literature.

A good year or so ago, during our first debate which took place via e-mail, I mentioned his life could be seen as a piece fitting the notion of the American dream, a motif cherished in the US to an essential degree as it reaffirms their ideas of exceptionality and greatness. His riposte, in tone nearly incensed, was that the only dream he was living was writing books people liked to read, and that, “For every migrant who ‘makes’ it, there are hundreds or thousands of those enduring humiliation, racism and persecution. Who knows what my story might have been like had I not been white, or male, or if I happened to be a Muslim.” In reality, the varnish of the American dream mirrors the daily exploitation of the powerless. Accordingly, the backbone of his famous novel The Lazarus Project is the experience of a Jewish immigrant to America at the outset of the 20th century, who is executed by the authorities for “appearing to be an anarchist”. The work, loosely based on a true story, stays current for the ominous sentiment it invokes, hinting at the insufferable ease with which the word “anarchist” could be replaced by today’s “terrorist” or, by extension and based on recent events in Europe, even “refugee”. Indeed, such a shuffle wouldn’t have shaken the credibility of the novel. Hemon doesn’t explain this phenomenon in terms of that exhausted evergreen humanist notion of history repeating itself. After all, the world is now different than it was a hundred years ago when women didn’t have voting rights, when African-Americans were enslaved and so on. “Sooner than being history’s own undulations,” he asserts, “these continuities aren’t mystical but rather political in origin.” These continuities are what interests him most in his writing. “If things were doomed to endless repetition, that would have meant we are helpless, rigid.” But in reality we are not, or as offered profoundly by the author, “As a society, we are obliged to persist in the creation of such circumstances that make people want to be good.”

Perhaps the most stirring among Hemon’s works is his collection of autographical essays The Book of My Lives (2013) whose narrative power, clarity and, not least, well placed humor are bound to touch anyone grazing its pages. It’s one of those books you simply don’t want to finish, something you carry within for a long part of the journey. Luckily, we’ve been granted another dose not too long ago, the 2015 novel The Making of Zombie Wars whose appearance on the reading lists of several of the world’s most noted publications certainly wasn’t contrived. The place is the United States, the time the invasion of Iraq, the central protagonist, like in the Lazarus Project, a Jew. Joshua, the failed scriptwriter, constantly dreaming up stories about superheroes, never managing to wrap a single one up. As Hemon puts is, the fantasy of super powers is related to the awareness that the age of American supremacy is at an end. No longer the dominant force of the world, not least because it has “de-facto eliminated itself from the new divisions of global interests” by the desolate manner in which it had intervened in the affairs of sovereign states, the superhero trend is here to fill the void. “In the old comics and films, there used to be a single hero but now there’s like five of them – just in case one isn’t enough,” was another spark offered in Ljubljana by the author who is increasingly making his case for that most complete recognition, one that is synonymous with all the others – a worldwide literary great.

This blog was originally published on ELit Literature House Europe website on 18 April 2016.