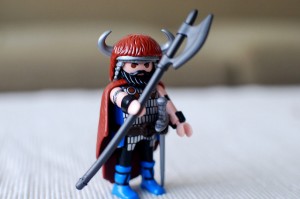 A Warrior’s Spell by Meike Ziervogel

‘Oh, my god! This is awful!’ On Friday morning Peirene and I starred in shock and disbelief at the referendum results. I felt the Nymph next to me gasping for air, then tears began to roll down her cheeks. I searched for her hand and held it tight.

‘I’m going back to bed,’ she eventually said. ‘Maybe this is all a bad dream.’

She didn’t reappear for the rest of the day. In the evening I woke her up and encouraged her to eat and drink something. She did me the favour but then went straight to sleep again. I sat by her bed and stroked her head. I was worried about her. Would my little Nymph slide into depression? Or worse: leave me and this country for good?

The next morning as I emerged from an erratic sleep, I could hear commotion from the next room. My heart stood still. This could mean only one thing: Peirene was packing her suitcases.

I jumped out of bed. ‘Don’t go!’ I shrieked and tore open the door to the office.

A most peculiar scene presented itself to me.

Peirene was standing in the middle of the room. She was wearing a rag that resembled a tunic and on her head the old plastic viking helmet that my son used to play with when he was four or five – she must have found it in the attic.  In her hand she was holding the kitchen broom like a spear. Around herself she had organised in a circle hundreds of our books. She was pointing her broom-spear from one book to the next, muttering incomprehensible words.

The Nymph had gone mad! I now noticed her red cheeks, a gleaming wild look in her eyes. She must be burning with a fever way beyond 40C. I had to get her to hospital straight away. I stepped forward.

‘Don’t!’ she hissed, directing the broom head at me. ‘You might break the spell!’

I froze. After all, unsettled nymphs might become violent. So I decided not to risk a confrontation and ambled downstairs into the kitchen. I brewed up a pot of tea and waited.

‘We have a lot of work ahead of us.’ Peirene sits down opposite me and pours herself a cup of tea. She is back in her jeans and T-Shirt, her hair in a neat pony tail, her face calm.

‘So you are not leaving me?’ I watch her carefully. Then add with a lump in my throat: ‘And you’re not losing your mental stability?’ I prefer to put things on the table.

Peirene throws me a surprised glance. ‘Leave? Now? Mental stability? The referendum has made clear what we’ve always suspected: this country needs to learn to listen to other people’s stories, only then it will change for the better.’ She pauses. ‘We have an important mission that hasn’t yet been accomplished. We can’t give up half way.’

‘And your show upstairs,’ I nod towards the ceiling. ’What was that about?’

‘Something I will now do every morning. It’s an ancient ritual that gives power to our books to penetrate to the heart even of the most closed Brexiteer.’ Suddenly her face breaks out in a smile. ‘I have to admit: I don’t know if it will work. Brexiteers are hard nuts to crack. But it has made me feel more positive. And that’s a good start.’

This blog was originally published as part of Peirene Press‘s series Things Syntactical. The Pain and Passion of a Small Publisher on 26 June 2016.