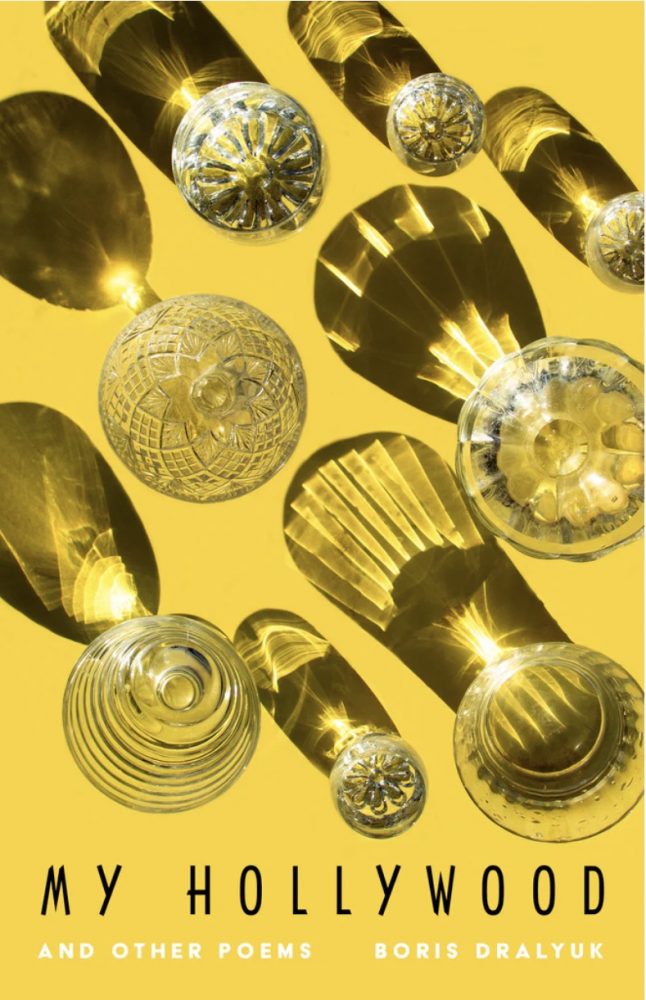 A Brief Interview with Boris Dralyuk by Katherine Gregor

From what I understand, you are perfectly trilingual, in Ukrainian, Russian and English. You and your family moved to Los Angeles when you were eight years old. Did you speak any English when you arrived? Could you tell me a little about your journey into this new language?

I’m afraid I’m not perfectly trilingual, though I aim to get there. I grew up in a Russian-speaking family in Odesa, Ukraine, which was then a largely Russian-speaking town – if you can call the Russian spoken there Russian. Odesan is a notorious, glorious gallimaufry of Yiddish, Ukrainian, and a dozen other ingredients, served on a Russian bun. I’m not the first to resort to a culinary metaphor … In 1895, the journalist Vlas Doroshevich described Odesan as a ‘sausage stuffed with the languages of the entire world, prepared à la grecque, but with Polish sauce’. One can’t help but notice that Doroshevich left out the tangiest of its constituent parts: Yiddish, which was spoken by Jews, who made up some thirty percent of the city’s population; and Ukrainian, which was officially banned as a literary language under the tsars. Odesan was my mother tongue, and I only had a little Ukrainian by the time we left the Soviet Union in 1991. I had much less English – in fact, only two words, which I’d picked up from a pair of fly-by-night scam artists who’d charged desperate soon-to-emigrate parents a few rubles to teach their children to speak the language of their adoptive homeland-to-be. These linguists ran off with the money after one lesson. The words they taught me were ‘hello’, which was useful enough, and the considerably less useful ‘poppy’ – California’s state flower. It was only a few days after my arrival in Los Angeles that I realised how lost I was. What came to my aid was not so much the local elementary school (it was ill prepared for the influx of Soviet émigrés) as the Zenith television set, with its bent rabbit ears, bulbous, chocolatey belly and missing knobs (we used a pair of pliers to change the channels), that we lugged into our small apartment off the street. If it weren’t for I Love Lucy, I’d be speechless.

When I read your poems, I feel a blend of different languages even though they’re written in English. As though you’ve produced an alchemical reaction that is one of a kind. When you write (in English), do you hear other languages in your mind’s ear, so to speak?

I’m sure you’re right to feel the presence of other traditions, especially the Russophone tradition, and I also sneak in very small amounts of French, German and Yiddish. My subject, in many of the poems, is the émigré experience, which is inherently bilingual or even polyglottal. But if I do hear other languages as I write, it’s only in snippets – weak little gusts of this or that. What I attend to more consistently in those émigré poems is the polyglottal sensibility of exiles – what their English sounds like. It’s no less polished than the English of native speakers, but at times it ripples with undercurrents of otherness. I hear an English with hidden reservoirs.

You’re also a literary translator. As one myself, I find that it tends to drain the energy away from my own writing. How do you manage both?

Ha! I wish I had a secret to share. I find that I’m driven to translate by the same impulse that drives me to write poems of my own. It’s just that I very seldom have anything to say, so instead I find a poem that expresses a thought or a mood perfectly in another language and set about embodying that thought or mood in English. Whether I’m writing a poem of my own or translating someone else’s, I’m writing poetry – scratching the itch.

In My Hollywood and Other Poems, the city of Los Angeles, seen through the eyes of émigrés, becomes a character in her own right (or should I say his right?). Have you ever lived anywhere else except Los Angeles? Would you consider moving to another city? Why/ Why not? If Los Angeles were a human being, how would you describe her/him?

What a spectacular question! For a year and half I lived in Fife, Scotland, and now I’m spending a good deal of time in Tulsa, Oklahoma, but Los Angeles has long been, and will always be, my home. Of course, Odesa too will always be home, come what may, although decades went by without my setting foot in it – so even if I do leave Los Angeles, I’ll never truly leave. If the city were to turn to me with a person’s face, it would likely be that of my old neighbour, Nola Thorp, about whom I wrote a post a couple of years ago. A midwestern beauty queen who came out to Hollywood in the late 1950s to be a star, Nola racked up only a modest list of credits in B-movies and TV shows, but she wasn’t disappointed – nor was she disillusioned with the art. For all the years that I knew her she religiously attended the weekly discount matinees at the local independent movie theatre. And she was very kind to me. My memories of her inspired me to translate Vernon Duke’s ‘Sunset Strip’ and fed into my poem ‘Uncredited‘.

My Hollywood and Other Poems is a collection of poems by you, but also of your translations from Russian of other poets – some hardly known. Tell me a little about how you found these gems.

I’m very glad you asked that, because I do hope to bring at least a few new readers to these Russophone Angeleno poets, who don’t deserve to be forgotten. Two of the five, Vladislav Ellis and Richard Ter-Boghossian, are almost entirely unknown. Another, Peter Vegin, was well known in Moscow in the late Soviet period but essentially fell off the map after immigrating to the United States. Of the other two, only Vladimir Korvin-Piotrovsky enjoys something like wide recognition among readers of Russophone émigré poetry, but that’s a narrow circle. Vernon Duke (born Vladimir Dukelsky) is of course better known than the rest, but as a composer, not as a poet. I found their work little by little, mostly by chance – a reference in an article, an old self-published book on the library shelves, an off-hand comment by a colleague. I wouldn’t have found any of it, of course, had I not been looking. My search for these authors, whom I see as my predecessors, began years ago. I wrote about this search in 2015. At its root lies the desire to belong, to see my experience as part of something larger, a history — to feel less alone in the city.

Boris Dralyuk is a literary translator, poet, and the Editor-in-Chief of the Los Angeles Review of Books. He holds a PhD in Slavic Languages and Literatures from UCLA, where he taught Russian literature for a number of years. He has also taught at the University of St Andrews, Scotland. His work has appeared in the Times Literary Supplement, The New York Review of Books, The New Yorker, London Review of Books, The Guardian, Granta and other journals. He is the author of Western Crime Fiction Goes East: The Russian Pinkerton Craze 1907–1934 (Brill, 2012) and translator of several volumes from Russian and Polish, including Isaac Babel’s Red Cavalry (Pushkin Press, 2015) and Odessa Stories (Pushkin Press, 2016), Andrey Kurkov’s The Bickford Fuse (Maclehose Press, 2016), and Mikhail Zoshchenko’s Sentimental Tales (Columbia University Press, 2018). He is also the editor of 1917: Stories and Poems from the Russian Revolution (Pushkin Press, 2016), and co-editor, with Robert Chandler and Irina Mashinski, of The Penguin Book of Russian Poetry (Penguin Classics, 2015). He received first prize in the 2011 Compass Translation Award competition and, with Irina Mashinski, first prize in the 2012 Joseph Brodsky/Stephen Spender Translation Prize competition. In 2020 he received the inaugural Kukula Award for Excellence in Nonfiction Book Reviewing from the Washington Monthly.

His latest translation, Isaac Babel’s Of Sunshine and Bedbugs has just been published by Pushkin Press.

Katherine Gregor is a literary translator from Italian and French, and a writer.  Recent translations include Caroline Lamarche’s The Memory of the Air (Héloïse Press), Marion Brunet’s Vanda (Bitter Lemon), Donato Carrisi’s The Whisperer’s Game (Little, Brown) and Oriana Ramunno’s Ashes in the Snow (HarperCollins). She is currently writing a non-fiction book.