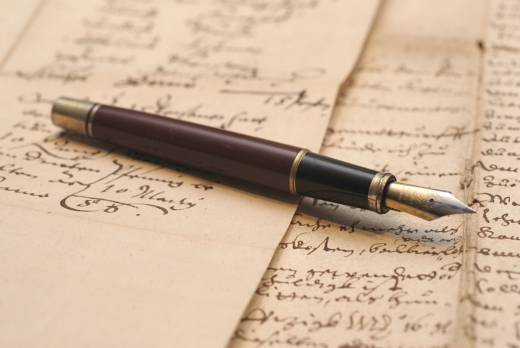 Writing in Space by Beat Mazenauer

In the 1990s, hyperfiction pointed new ways into the literary future. Mark Amerika’s Grammatron narrated a Golem story through short text particles, which were interlinked, and offered alternative narrative pathways to reading. Yet the trend was short-lived – the new narrative forms were barely acceptable for traditional literary criticism. Today, what is left is the complaint that hyperfiction has not managed to create any relevant works.

This criticism may be valid, yet it is still unjustified. Firstly, it compares 500 years of book culture versus 20 years of digital aesthetics. Secondly, the critique is based on normative aesthetic ideas that are, thirdly, often aligned to a lack of knowledge about what emerges on the internet in the marginal spheres of literature and art. The web universe Désordre by Frenchman Philippe de Jonckheere is just this kind of project. Since 2000 Jonckheere, originally a graphic designer and photographer, has been writing and working on an omnibus packed with text and image excerpts that are long since unmanageable, and they are based on ‘disorder’ as a working title and principle. The basic form is a record of the artist-writer’s everyday experience. He recounts what he is doing, what he is working on and where he is travelling. Over the past 15 years, 250,000 documents (texts, photos, videos and sounds) have been collected that are assigned various category headings. These include playful applications like a series of travel photos that website visitors can then send as email postcards.

Désordre consistently expands within a multimedia narrative space that leaves infinite reading pathways open. “Infinite” in the literal sense of the word because chance is the primary design principle. Désordre defies any reading plan, even the author never knows for sure which narrative thread he is clicking on via the website’s welcome page. In recently compiled “Instructions for use”*, Jonckheere writes: “From the very beginning, even in the early planning and development stage for the website Désordre one of the design aims was to lead the visitor astray, by deliberately arranging all the generic rules of navigation so that they go against the grain.” This is achieved by leaving navigation purely to algorithmic chance. In this regard, the website’s structure based on information technology is “a miracle of orderliness”.

In no time the critics will highlight the random nature of the reception and assess the resulting arbitrariness as ‘non-literary’. Yet what about serendipity, or the aberration as a source of narrative fantasy?

Nowadays, these and similar projects encounter the same rejection by the critics as one hundred years ago, for instance, like the case of James Joyce. The comparison is possibly clumsy, yet literary quality is always initially measured in terms of traditional aesthetic norms, though without considering that precisely these norms are in a continually shifting state of flux. Could it not also be the case that Philippe de Jonckheere’s ‘writing in space’ also gives rise to new aesthetic ideas with which they can be first judged valid?

In any case, Philippe de Jonckheere’s comprehensive and enigmatic project Désordre is a challenge. “To a certain extent”, comments the author, “the entire project of Désordre is less the work of its author than of the spectator, listener, reader or visitor. Désordre is a website and you are the author.” It’s the realization of what theoretically has long since been a topic of conversation.

*A print version of De Jonckheere’s article is available as a brochure and was published as part of a ‘future studio for literature’ at the Solothurn Literature Days.

This blog was originally published on ELit Literature House Europe on 11 June 2015.