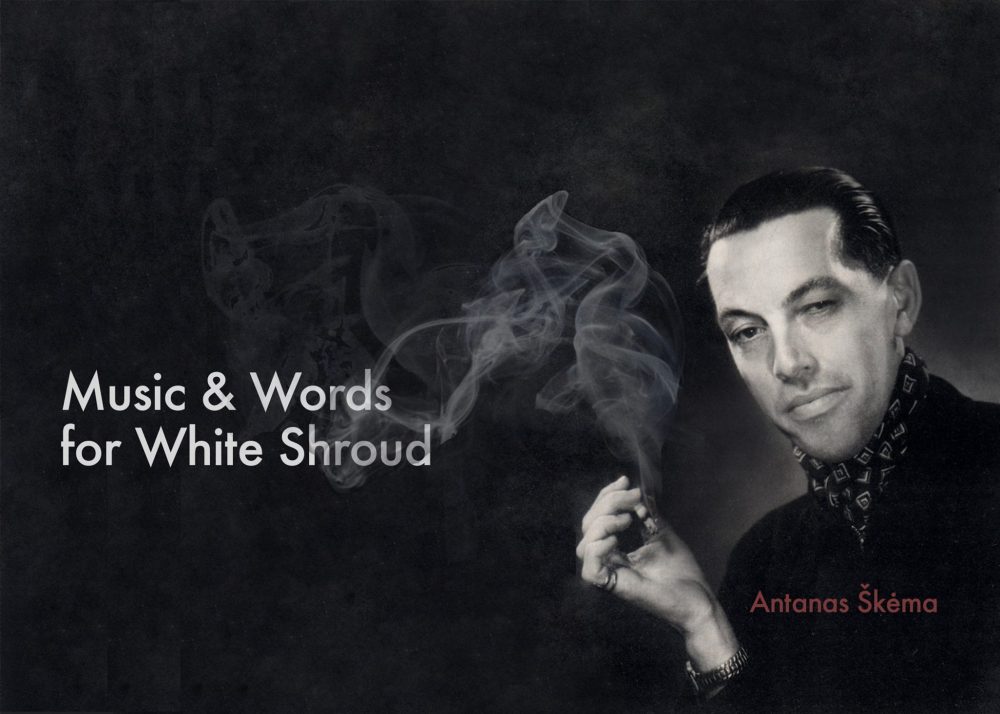 “Ask any well-read Lithuanian who completed high school after 2002 which work of literature they remember best from their studies and you are almost guaranteed to hear,
Antanas Škėma’s White Shroud – that’s my favourite novel!’”

So begins the introduction to the first English translation of White Shroud, the Lithuanian modernist classic written in New York in the 1950s and recently published in English by Glasgow-based Vagabond Voices.

As progressive Berlin-based daily TAZ wrote about White Shroud – “It’s amazing how current this novel still feels. Škėma can be ironic and sarcastic, but also existentially serious and even sentimental. This novel is no simple singalong tune, but rather a highly polyphonic symphony; indeed, a polyphony that is a pleasure to experience.” (Jochen Schimmang, TAZ)

To acquaint you with this newly available avant-garde gem, superbly translated by Karla Gruodis, we invite you to a series of bespoke evenings of indie-folk music and readings to be held in London, Glasgow and Edinburgh.

Drawing heavily on the author’s own refugee and immigrant experience, Škėma’s psychological, stream-of-consciousness work tells the story of an émigré poet working as an elevator operator in a large New York hotel during the mid-1950s. Using multiple narrative voices and streams, the novel moves through sharply contrasting settings and stages in the narrator’s life in Lithuania before and during World War II, returning always to New York and the recent immigrant’s struggle to adapt to a completely different, and indifferent, modern world.

On April 18 this polyphony of voices, dotted by Lithuanian folk songs, will be reflected and interpreted by the talented musicians Indrė Jurgelevičiūtė and Bert Cool from the band MEROPE. They promise put you in a sort of trance, where boundaries between here and now, and then and there, start to blur, evoking the melancholic existential context of exile literature.

Indrė Jurgelevičiūtė – Lithuanian kanklės (zither) player and singer. Her music combines the traditions of her native land and the sounds of various cultures and contemporary styles. The quiet minimalism of Lithuanian folklore and creative improvisation of Indrė’s music has opened possibilities for successful international projects, including the folk indie band MEROPE and the award-winning duo ‘Solo & Indrė’ with Senegalese kora master Solo Cissokho. Bert Cools – guitar player and sound artist from Antwerp, Belgium, mainly active in the improvisation and electronic music scene of Europe.

Copies of White Shroud and limited-edition postcards designed specially for Antanas Skema’s White Shroud‘ by an artist and fashion designer Elena Guchas and Rasa Narkunaite will also be available at the event.

The event is free but space is limited. Please RSVP to rsvp@burleyfisherbooks.com to attend.

More about the book and the publisher: