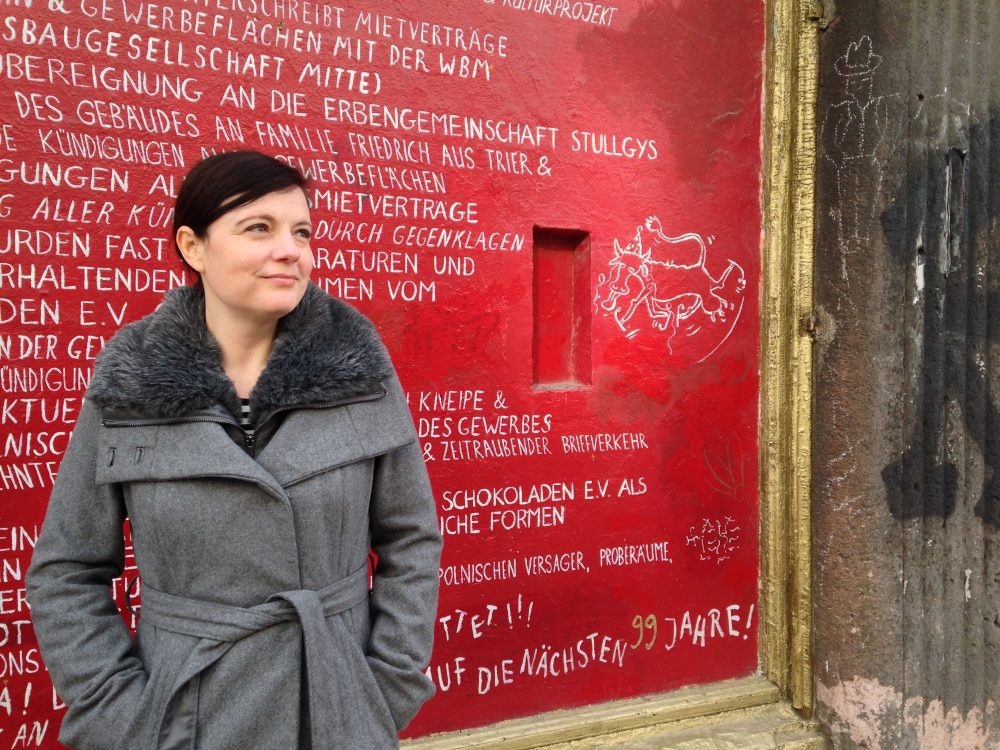 Women in Translation Month – Some Whys and Wherefores by Katy Derbyshire

If you’re reading this you’re probably already a reader of European fiction. You may have read Orhan Pamuk, Daniel Kehlmann, Karl Ove Knausgård or Sjón. You might be a fan of Jo Nesbø or László Krasznahorkai – or perhaps you’ve succumbed to Ferrante fever?

Elena Ferrante is the odd one out on this list, not just because we don’t know what she looks like, but also because she’s one of very few translated writers to have made it big at the same time as being a woman. And even then, people wonder if she really is a woman. In a way, you can hardly blame those people (men) who suggest Ferrante isn’t a she. Because writing while being female is a fairly good way to ensure you won’t get translated into English in the first place.

My statistics show that only about a quarter of translated fiction published in the UK was originally written by women. And if you’re reading this you probably already know how few books get translated at all. In 2013, that meant just over eighty books of female-authored translated fiction were published. I probably missed a few, but you get the picture. At a guess, I’d say there are more yoga books available in British bookshops than novels written by non-Anglophone women.

Which is a pretty good reason to support the ones that do make it through the eye of the patriarchal publishing needle. Women in Translation Month – happening right now in August – is an initiative started by the blogger Meytal Radzinski. It’s a way to encourage readers to pick up a translated book written by a woman. This year, bookshops have joined in and the social media hashtag #WITMonth has become more popular than ever. Several small publishers have taken the opportunity to highlight the translated women in their catalogues and some are offering special discounts. Bloggers are sharing reviews and tips, and translators have put together a long list of available books.

All in all, it’s a great way to talk about the hideous imbalances in Anglophone publishing while appreciating the positive side: all the amazing women’s writing out there! My not-so-secret hope is that all this activity will make publishers notice that not only do women make up about 60% of fiction readers, we’re also interested in reading books from other parts of the world. The best possible outcome would be for mainstream publishers to realize there might actually be demand for translated fiction – and female-authored translated fiction to boot – with the smaller houses that already support translation making an effort to find more women writers who would fit into their profiles too.

Of course, a few independent publishers are already doing that: Peirene Press, And Other Stories, Portobello/Granta, Tilted Axis, Calisi Press… all working hard to bring us outstanding books by women from around the world. Because we live in a diverse world and we should be able to read writing by all different kinds of people, not just middle-class white Anglophone heterosexual men.

So what are you waiting for? Broaden your horizon, discover hidden talent, support a woman writer, get a great read out of it, join the conversation, recommend books to your friends, write a review or two – and enjoy the delights of women in translation.

Katy Derbyshire lives in Berlin and translates German contemporary fiction. She blogs occasionally at lovegermanbooks and also co-hosts a translation lab and a “literary cabaret” by the name of the Dead Ladies Show.