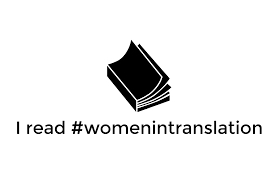 Women in Translation: A listicle of listicles by West Camel

August 2016 was Women in Translation month.

A collective effort, managed by book blogger Meytal Radzinski, but propagated by readers, by the hashtags #WomeninTranslation month, #WITmonth and #WomeninTranslation, and by publishers and booksellers, the month has drawn attention to the wealth and quality of translated books written by women.

As part of their efforts to spread the word about the month and the range of titles in translation, many organisations have taken up the sometimes derided, but in this instance very useful tool of the listicle.

Here I’d like to create the European Literature Network’s digest of these lists, highlighting some European titles I come across in the process.

Bookshops took up the listing challenge too.

Many other such lists were produced throughout August, and the drive to translate and publish more women writers continues. Small publishers – namely  And Other Stories and Tilted Axis  – are committing to only publishing books by female writers in 2018, and new imprints Calisi Press and Les Fugitives have been launched with the remit to publish only women in translation.