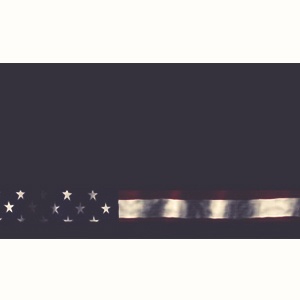 What We Have Done. After Election Night, Turning to the Gilmore Girls by Manuel Gonzales

I also make cookies — Jacques Torres chocolate chip cookies (and technically, I make them twice, because I overbaked the first batch and there’s no fucking way I’m serving my wife anything less than a perfectly baked chocolate chip cookie, not now, not tonight) — and then I call a cab, because I’m flying to New York the next morning — boarding at 6am — and my blood pressure, already significantly higher than healthy, makes my head feel like a pulsating orb about to pop.So far, it’s not a good night for the United States of America.

The New York Times is giving Trump 54% chance of winning the night, predict he will become president if their numbers are right.

In 2000, I wanted to cry when George W. Bush was elected president, maybe not the first time, when I expected him to come close if not win, and told my non-Texan friends they were underestimating him, but the second time. The second time GWB was elected, I cried because I had high hopes that the disaster he’d set in motion would convince people to remove him from office, and my faith in the American public was undermined by, well, the American public.

This time, I harbored a healthy fear that all the numbers were wrong, all the predictors were wrong, and that Trump had more of a chance to win than anyone expected, but I never looked this fear straight in the eye, because it was too much to consider directly, and now I feel as if even the harboring of this fear, even the acknowledgment that Trump might win, has created the conditions that made him win, a manifestation of my fear, maybe, or a kind of punishment for my lack of faith.

This time I don’t simply want to cry, but am afraid.

I’ve promised the poet, Pat Cotter, pie any and every day he asks for pie, if he secures safe passage for me and my family in Ireland. My editor for this piece — Noah Charney — has offered us space in Slovenia.

All of the pressure of my heart is pressed behind my eyes and the bridge of my nose, and I’ve drunk a total of five glasses of bourbon, but I will not drink another drop the rest of the night.

Right now, all that’s saving me is the episode of Gilmore Girls when Liz (Luke’s wacky sister) marries TJ, and they are dressed in Renaissance Faire garb and have just planted a ceremonial sword in the ground.

Sadly it’s also the episode that ends with Rory calling Dean to save her from a lame date at a frat bar and Dean walks her home to her dorm, even though he’s married, and then Jess shows up and somehow this all feels like a metaphor for the country and it makes my head want to explode.

I cleaned so hard today. I spent the entire day cleaning — in part to take my mind off things, but mostly because my parents arrive in two days, and I leave in less than a day, and I didn’t want to stick my wife with the kids and the house and everything in between — and we voted this morning, and it was a happy moment, voting, even though we knew, here in Kentucky, our vote would be swamped by the racist, misogynist vote, or the conservative religious right vote, or the simply ignorant and increasingly angry vote. But it was a happy moment and our children were with us and our daughter had dressed in red, white, and blue for the occasion, and then we went for donuts and we dropped our kids off at school, and it felt like a moment.

And now a friend just texted me that the New York Times gives Trump a 76% chance of becoming president, and honestly, I believe I will leave the country.

People might suggest that leaving the country is giving up on the country, or that it’s a privileged stance (though I am not a person of great privilege), or that it’s posturing, the way those on the right claimed to want to leave the country when Obama won in 2008 and again in 2012, but it’s none of these.

Fear for myself, to an extent, because I’m Mexican, but more importantly because I look like I’m something not white, and already since these campaigns began, I’ve had my car window slammed by someone yelling at me to go back home.

And the Associated Press just called Florida for Trump, and ten minutes before that, Ohio.

Thoughtlessly, I stuff random clothes into my back pack. When I’m sitting in the airport waiting for my flight to board, I won’t remember what I’ve packed, won’t be sure if I packed extra underwear or a shirt other than the shirt I will be wearing. But I won’t care, either. Instead, what I will be thinking of, what I will be dwelling on, once Trump has been declared the president-elect of the United States of America, will be the shame and guilt I feel because, when my children wake up, when our daughter, who has invested herself so strongly into the outcome of this election, wakes up and asks who won the election, I won’t be there to break the news of this horror show to her or my son, won’t be there to soothe them, assure them, and that I will have left that to my wife. I will feel guilt for the normal guilty reasons, the kind that follow me whenever I leave my family for a few days, but the shame will be new. The shame will grow out of the relief a small part of me will feel that I don’t have to bear witness to the expression on their faces when they find out what we’ve done.

By Manuel Gonzales
This blog was originally published on Versopolis website on 9 November 2016.
Manuel Gonzales is the author of the story collection, The Miniature wife and other stories, and the novel, The Regional Office is under Attack! He lives and teaches in Lexington, Kentucky.