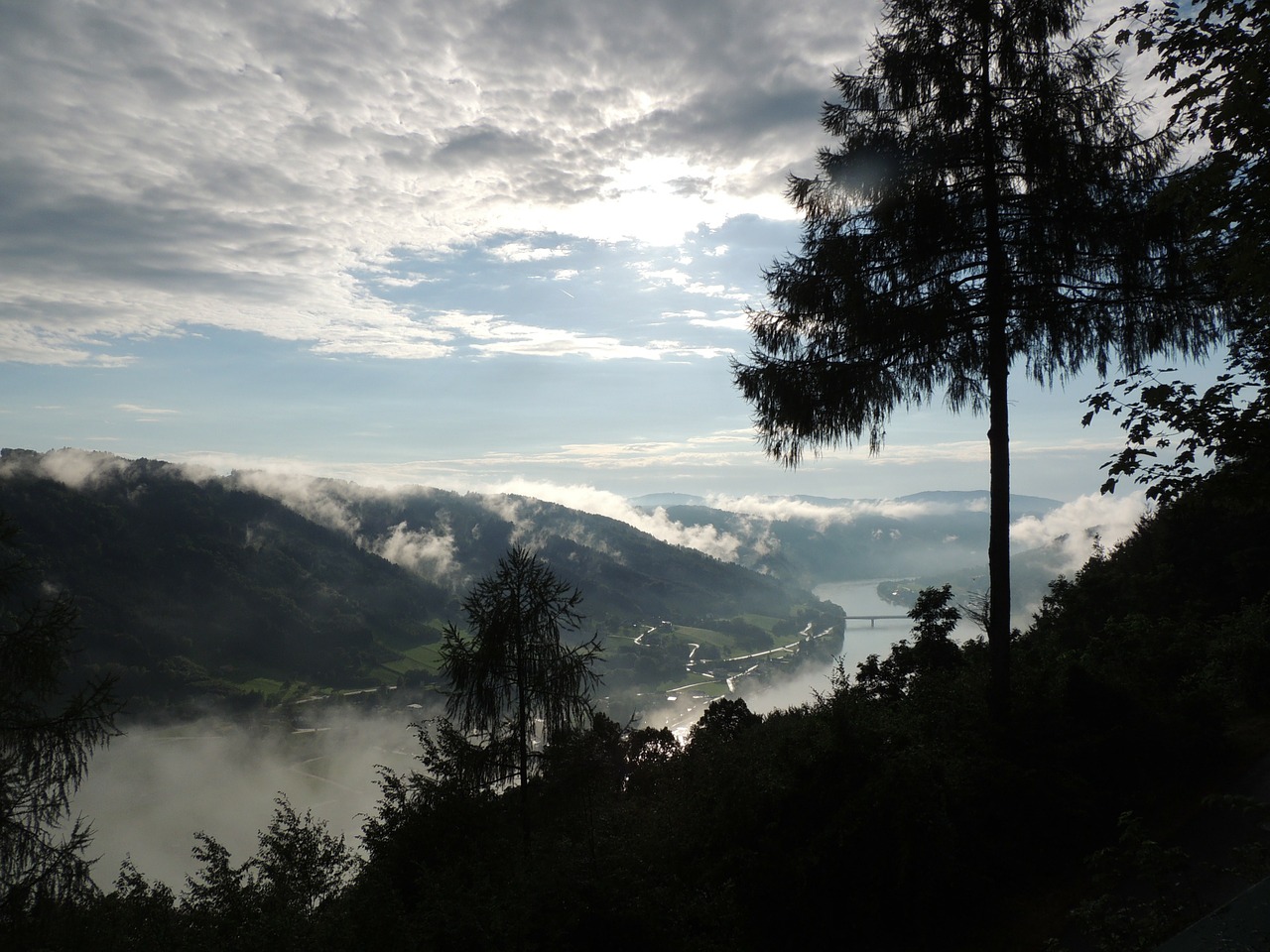 War On The Danube
by Rosie Goldsmith

For a few weeks in the year Spitz an der Donau is one of the most beautiful places on earth. The autumnal vines turn the hills into carpets of green and yellow; the October sun warms the Wachauer vines into aromatic white wines; the Danube ferries chug along the swollen river; nestling villages of willowy church spires and pastel-painted baroque buildings punctuate the river banks. Every blink of the eye a picture to treasure for ever.

Here in the idyllic town of Spitz, just over an hour from Vienna, everyone greets everyone on the street; Wifi connections are wobbly; women dress in folk costume and men in their traditional winemakers’ jackets. On Saturdays shops close at 12 (until Monday) and after 9 at night the streets are deserted.

But for 4 days in October Spitz is transformed. It becomes a European city. Mitteleuropa. You can hear Hungarian, Swedish, Czech, Polish, Ukrainian and English voices, high heels on the cobbles and see blazing red lipstick. Spitz is a happening place. The hills are alive with the sound of literature.

For 4 days and for the 6th time Spitz is a hub for literature and ideas from across Europe. But ‘ELIT’ is not a festival or book fair but a gathering place for writers, thinkers, book trade innovators, translators, academics and journalists interested in, well, Europe and books. ELIT founder and visionary Walter Grond calls it an ‘Observatorium’ or ‘think tank’.

There are workshops and readings and lectures and panels and debates. And the talking continues over lunches and dinners and, ofcourse, wines. The participants have names like Teichgraeber, Sonnenberger, Loeffler, Popescu, Kurkov and Bodrozic. Because we are in the centre of Europe. As a Brit, even though I speak some European languages and often work on European topics, being here at the heart of it all, to experience the continent’s culture, is mind-altering. Especially as this year the talk is of War in Europe.

For the people of Spitz /Austria/the Danube, war is just round the corner; just across the border. The world wars took place here on continental soil and ex-Yugoslavia and Ukraine are near-neighbours. Every day as we walk up the steep Spitz hill to the castle where we meet, we pass an ornate white marble war memorial listing the local men who fought and died in the 2 world wars. The plaque reads: ‘Die Heimat ehrt ihre Helden’ – ‘the homeland honours its heroes’. Not ‘the fallen’ or ‘soldiers’ but ‘heroes’.  Those words ‘Heimat’ and ‘Helden’ and the fact that this is Austria adds spice to our debate. But, the fact that we openly and honestly debate war in all its horrors, here of all places, is a testament to the ELIT idea.

The keynote lecture is delivered by the Grande (and very nice) Dame of Austrian literary and cultural life, Sigrid Loeffler. She delivers a 45 minute lecture on war as depicted in world literature. Comprehensive and eloquent.

‘War literature is per se a paradox’ (she says). ‘It transforms war – essentially a destructive phenomenon – into an aesthetically creative act. It is also paradoxical because it often arises from the author’s motivation to understand war and to make it more comprehensible than it actually is.’

And then more war on the Danube: Apart from red lipstick, my main contribution to this year’s ELIT is hosting the opening event which is a staged discussion between 2 great European writers, the Russian-Ukrainian Andrei Kurkov and the Croatian-German Marica Bodrodic. Both at home in German (their ‘second mother tongue’) and both popular public figures. You’ll know Andrei in the UK and US because since 2001 and the devastatingly funny and furious ‘Death and the Penguin’, his novels have been (mainly) translated. But the equally brilliant Marica you won’t know unless you read German – thanks to the hit-and-miss vagaries of the English publishing world.

It was a riveting evening. Maybe because it was so unexpected – they are both so different – but definitely because it was so honest. For the first time these 2 fiction writers have written autobiographies, set in the 2 modern war-torn European homelands. Marica’s ‘Mein Weisser Frieden’ (My White Peace) is a personal, philosophical journey through contemporary Croatia, which – as Yugoslavia – she left age 10. She talks to friends, family and chance encounters today and discovers traces of war everywhere. Andrei’s daily ‘Ukraine Diaries’, written from November 2013 to June 2014 tells the story of the Maidan Revolution as seen from his balcony in Kiev.

With their insight into contemporary war zones, these 2 intense, and intensely humane, writers move everyone with their tales of the psychological scars of war, of brothers killing brothers, of seismographic shifts in once civilized worlds. Of how they feel literature helps explain the psychology and inner world of the perpetrators and victims; of how war fiction provides cultural memory, engagement and understanding; of the fact that writers today in Ukraine must go into inner emigration; that war always repeats itself.

After an hour of anecdotes, readings and profound poetry both Marica Bodrozic and Andrei Kurkov look out at the audience and quietly deliver heartfelt pleas to remember, never to forget. You could have heard a pin drop.