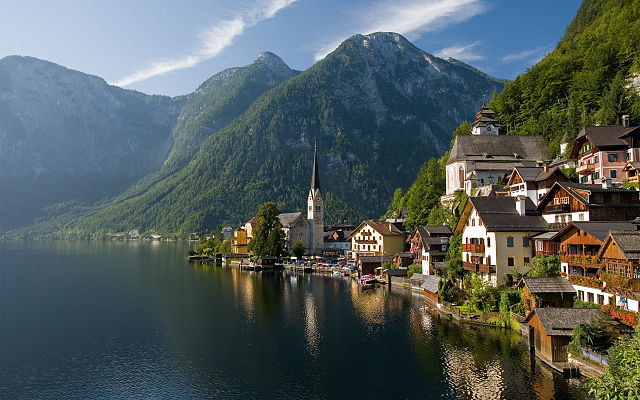 In part one, I explained that in Austria we practically have no professional literary criticism be it good or bad. There are a handful of managers of literary journals or literary shows. Plus, we have a larger number of part-time critics working as a sideline in many fields, including literature. The same also applies in Germany, yet the size of the country and the myriad of publishing options prevent literary critics or those writing about literature from forming a homogenous group. In Austria’s media landscape, which is easy to figure out, there has been no great affinity with literature from the start. Apart from the public broadcaster ORF, as well as several supra-regional daily newspapers and weekly magazines, not even the basis of a Feuilleton exists where texts about literary criticism would be published. Incidentally, nobody thinks about what a Feuilleton should be. An extended cultural feature section? An island that is tolerated from the publisher’s side and harbours more or less intellectual libertines?

Austria is just a small country. That may be an advantage in the political arena because domestic politics can always invoke constraints imposed from the outside; moreover, in foreign policy terms, there is no pressure to create a high profile. In the cultural arena, however, being small implies substantial problems. Cultural policy puts a lot of energy into managing the historical heritage. The lost grandeur of the Imperial past influenced the cultural self-understanding of the First Republic from 1918 to 1938, and even after 1945 anything new was always under the general suspicion of abandoning the country and its traditions to ridicule or being despised. Members of the avant-garde – be it in literature or the fine arts – had a hard time until the 1970s defending themselves against the pathologization, criminalization or at least marginalization of that public sphere that the politically correct elite claimed for themselves, though without asking what culture actually was. This led to different perceptual levels of art that persist to this day, although the former ideologically defined demarcation lines now play a minor role. The middle-class and left-wing have not stood in opposition to each other for a long time, since no clearly defined political awareness can be discerned either among the cultural producers or the recipients. For at least three decades aesthetic discourses are no longer associated with the question of political location, since the political dimension is outsourced to social networks where it tends to have a more therapeutic function.

That has its effects on criticism because here in Austria we continue to make a virtue out of our small size, as well as our abstention from adopting any stance. The literary scene is a sort of protected community, not least due to its complete dependence on public funds without any alternatives. The few critics in the country, who enjoy some sort of regular employment, are simultaneously jury members, curators and moderators. Hence, their relationship to writers and publishing houses is anything but distanced. Their capacity to produce criticism is therefore rather restricted – however, they see this less as a problem than as a mark of quality. The critic has mutated to being a promoter whose goodwill compensates for the shortcoming of the scarcity of Austrian writers in the German media. However, if he writes for the German Feuilleton, he often stylizes himself as an apologist of the Austrian cause. He regards his task as slightly alleviating German complacency and self-referentiality with the obstinacy of a younger brother, and grants Austrian writers a favourable position in the media. In terms of marketing strategy, creating a cluster of critic/writer/publisher is not that clumsy. Yet, this degrades literary criticism to an instrument of national cultural marketing, as though the focus were Burgenland wine or holidays in Ausseerland. It’s a free choice. It’s not to order. In our corner of the world, we enjoy smiling about the chauvinism of sports reporters. Literary criticism is not too far from abolishing itself as an intellectual discipline in the shadow of the red-white-red flag.

This blog was originally published on ELit Literature House Europe on 18 May 2015.