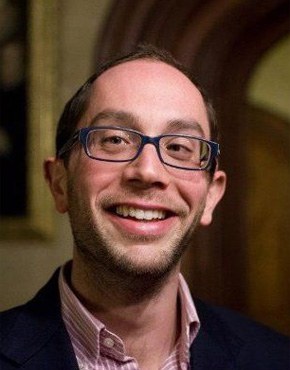 The Unhappy Children of Central Europe by Mark Baczoni

I’m thinking here of a few books, specifically, and the world they create more generally: Szilárd Borbély’s The Dispossessed, Ferenc Barnás The Ninth, György Dragomán’s  The White King. These are all powerful books, and all share first-person child narrators, lending them a particular immediacy. All these books are versions of rural life in the 60s and 70s in Hungary and Romania, a brutal and vague, ill-defined and meaningless world of adults who are themselves lost in an incomprehensible new world they find just as difficult to understand and navigate as the children they’re trying – somehow – to raise.

Fathers, in this world, are often absent or dubious. Borbély’s narrator is dogged throughout by the suspicion that his father isn’t his real father; Dragomán’s central character’s father has been dragged off for forced labour. Here is a generation of children trying to understand a world that broke their fathers – the heroes boys look up to; a generation of children trying to make sense of the muddy and uncertain, unsteady compromise of the lives of their broken, war-scarred parents. That generation had had to deal with the war, with deportations, the Eastern Front and forced resettlement, the continuation of the unfinished business of Versailles and Trianon. This generation has to deal with the unfinished business of fascism, of Holocaust, of Communism, of the secret police, anti-Semitism, nationalisation, collectivisation, loss, and rape, and Lenin, and all those things it was impossible to talk about.

Gone are the certainties, social, historical, and financial, of the pre-War years. Gone is the humour of pre-War Pest. The knowing world of the pre-War ‘Witz’, the worldly-wise, cynical and wary humour of László Vadnay and Jenő Rejtő, of the cafes and the cabarets, has been extinguished once and for all, and all that’s left is the silent brutality of the hopeless countryside, of a society where no one knows their place and everyone has secrets to keep and things to regret. There’s nothing clear about society any more, and no one quite understands what’s going on – least of all the reader. Things are implied, not said; as so much was left unsaid during Communism; because so much had become taboo. The reader is given clues with which to fill in the gaps, vague and wobbly handrails to hold on to, so as always to be at the very limit of getting lost. This sense of vagueness, of refusing to guide the reader, this abdication of the author’s responsibility to root us in our new surroundings is an extension (almost too far, for me) of the retreat into the slightly melancholy magic-realistic world of the previous generation of great Hungarian writers, like Miklós Mészöly, Ádám Bodor, and Péter Esterházy.

There is no humour any more in the world that comes after. The children in these books suffer – sometimes more than they know. They have no way of identifying their suffering – they just live it, making it more intense by digging their way into it, by thinking it’s their own fault and they deserve it. These are children without a childhood – children with no innocence. Childhood, the way we conceive it these days, is dependent on the adults around us being strong enough, confident enough, and safe enough to be able to create a safe space for us to explore the world through play. Here is a generation of writers whose worlds were never that secure – whose parents themselves, though adults, could not find the security, the anchors, the bearing, to give their children what they themselves didn’t have in post-War Central Europe – a sense of peace enough to make space for that rarest of things: a happy childhood.

It leaves me to wonder what the generation of the mercilessly young – those born after the transition to Democracy in 1990 – will make of the world, and of their parents. It makes me wonder whether their childhoods will be whole, and whether we in Central Europe will ever be healed of our 20th century.

This blog was originally published on ELit Literature House Europe website on 3 April 2017.