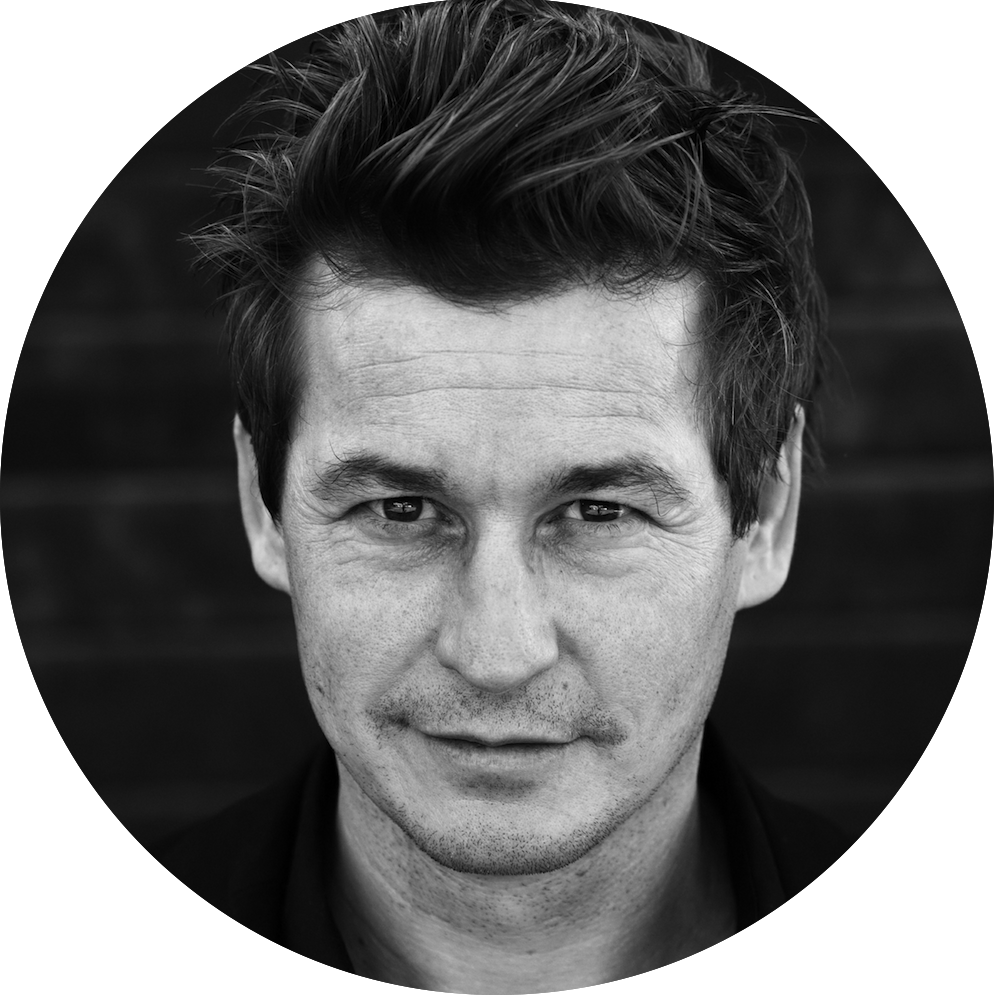 Ora pro nobis, the old man up in heaven is taking his time this year, michty me, it widna exactly be wrong if it’d snow a bit, says Paul and looks at the sky, but that donkey Saint Peter’s keeping us waiting and his boss has other things to be getting on with. He holds a hand above his eyes, a woolly hat on his head, and stands in front of the ski lift’s wee hut. The sky is blue as steel, the sun is rising. What can you do, there’s been a wee bit at least, just take it as it comes, Georg says and straightens his cap, there’ll be more, but we canna exactly do magic. He’s wearing an old ski jacket and holds a red bucket in his hand. There’s a coating on the ground anyway, so at least it looks like winter, bit of sugar on the mountains, it’s a start, eh? The Almighty’s lost His nerve, says Paul, or do we have to go down on our knees for snow, it’s rarer than cocaine now, it is. Next year we’ll do what the Austrians do, we’ll simply roll the snow up like a rug at the end of the year and stow it in the bunker, and as soon as November’s shoved October off its perch and it gets colder again and you have to wear gloves when you’re out on the moped, we’ll fetch the old snow out of the depot and roll it out, no one’ll notice if we put down a bit of last year’s snow, who’d even think of it, and it doesna say anywhere that it’s not allowed, does it, after all, the Austrians cheat too. Georg puts the red bucket down next to Paul and takes a cigarette out of the pocket of his ski jacket and lights it, hm. And if they catch us, says Paul and looks at the sky, we’ll play deid. Madre mia, that we’d have to live to see this too. Whoops, now the cigarette’s fallen out of my mouth, says Georg and looks down into the snow.

They stand next to the ski lift with their hands in their pockets and look at straightens his cap, he’s holding a coffee cup made of glass, do you want a filter coffee too, he asks and turns to Paul. Steam rises from the coffee. His red jacket has the ski lift’s symbol on it. We were the first, we had the world’s very first ski lift here in our district, it all started here, and from here the tow conquered the world like wildfire, we’re at the hub of the world, says Paul and nods. Hm, says Georg and pours himself a coffee, strictly speaking, he says and pulls a face, well, actually it wisna the very first ski lift. He puts sugar in his drink. Ach, what are you saying, says Paul, of course we had the first one in the world, that’d be news to me, we dinna want to start rewriting history at our age, do we? Aye, of course we had the first T-bar lift, says Georg, that’s right, but. But what, says Paul, nae buts, there you are then. Aye, says Georg, but them in Schneckenhof in Germany, back there in the Black Forest, they were almost even earlier. What ‘hof’, asks Paul, in the Black Forest, there’s no been snow there for ages, why should they have a ski lift, I’d like to know, that’s just nonsense. That Mr Winterhalder thought it up, says Georg and takes a sip of coffee, for the spa guests who went there to fix their motors. Paul laughs, for the asthmatics, he says, and looks, hands in his pockets, up the mountainside, that doesna count, that wisna a proper ski lift, that was a rope with a pulley and two lads who worked at it, naebody knows if anyone ever went up this rope, it was more of an elevation aid, which you could use when someone had bronchitis and had coughed out his lungs till they lay on the floor like rags, so they could stand up again. It wisna a proper tow, it was just for their health, health equipment, and it didna even have electricity, you still had to pour water onto it, no, no. Georg shrugs his shoulders and says, hm. Ours was still the first proper tow, says Paul, a T-bar, still the most honest way to get to the top of a mountain, switched on for the first time in Davos in 1934 – at Christmas, as it should be – and since then business has been good in Grisons, and as long as Saint Peter doesna take the powder away from us, it’ll go on for a long while yet, but there you are. Georg stirs his coffee.

Arno Camenisch, born in Tavanasa in Graubünden, writes in German and Rhaeto-Romansh (Sursilvan). One of Switzerland’s master storytellers, his novels include The Alp, Behind The Station and Last Last Orders. His texts also appeared in Harper’s Magazine as well as in Best European Fiction 2012 published by Dalkey Archive Press.

Annie Rutherford makes things with words and champions poetry and translated literature in all its guises. She currently works as programme co-ordinator for StAnza, Scotland’s international poetry festival, and as a freelance translator. Her translation of Nora Gomringer’s work, Hydra’s Heads, is now available from Burning Eye Books. She is also editor-in-chief of the literary magazine Far Off Places.﻿