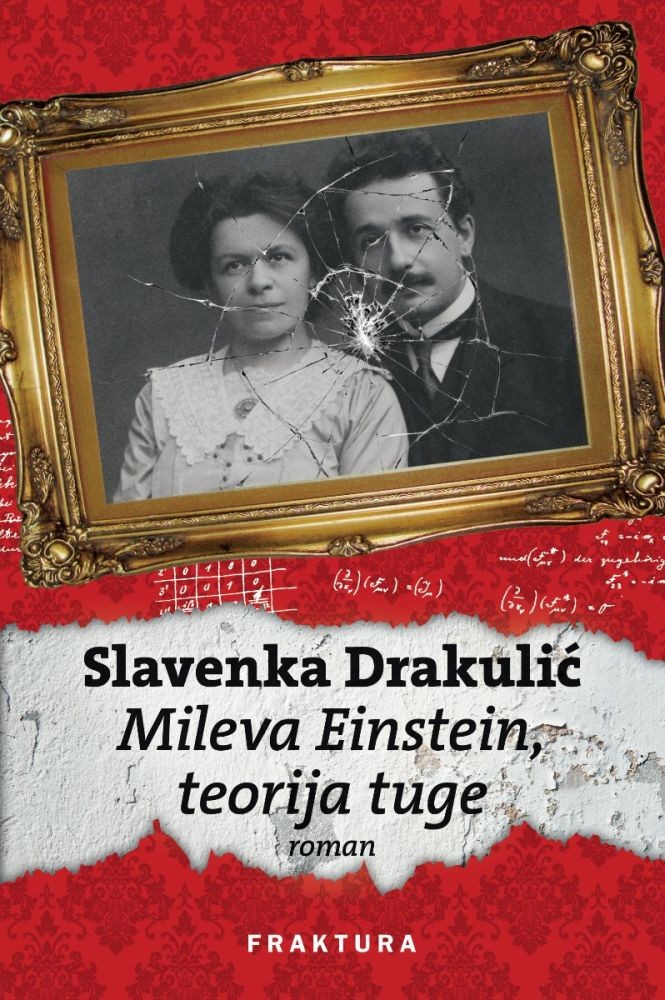 The celebrated Croatian writer Slavenka Drakulić has never been afraid to tackle convoluted subjects, break taboos and explore uncomfortable truths. Her latest novel, the third about women who have been overshadowed by their famous men, is no exception. This time Drakulić’s penchant for marginal individuals emerges through the real-life tale of a provincial girl from Vojvodina in Serbia, Mileva Marić, one of the first woman scientists in Europe to study mathematics and physics at the end of the 19th century.

At the heart of this novel is a car-crash relationship, and Mileva’s powerlessness to break away from the adverse circumstances in which she found herself. Weaving together historical fact and fiction, Drakulić illuminates the personal and professional turmoil of a fascinating and tragic historical character whose promise was never properly fulfilled.

In 1896, Zürich Polytechnic was one of few universities to accept female mathematics students, and as a double outsider – she also had a disability – Mileva very quickly developed a close friendship with an introverted classmate who shared her passion for physics: Albert Einstein.

The time the couple spent debating and exchanging ideas soon led to something more, and sadly also to Mileva’s pregnancy. Their daughter, Lieserl, was born out of wedlock, a secret that was kept from all their friends and ultimately caused Mileva’s nervous breakdown. After leaving Lieserl with her parents in Novi Sad, Mileva never fully recovered, and never sat her final oral exam, an omission that aborted her career.

A year later Mileva and Albert married, and subsequently had two sons. Mileva’s life fell apart, especially when their youngest son, Tete, started showing signs of schizophrenia. Despite Mileva’s exceptional talents in theoretical physics, her status was now reduced to that of mother and housewife. Although she helped Albert with scientific papers, her name never appeared on them, and her scientific work remained unacknowledged by either her husband or her circle of friends. This invisibility was corrosive to Mileva’s mental state, which further deteriorated in the absence of female support – even their friend Marie Curie did not take her seriously. A painful reality struck when Albert fell for his cousin Elsa, and filed for what turned out to be a bitter divorce.

Mileva Einstein, A Theory of Sadness is not only the story of a talented mathematician whose career was destroyed by a tormented relationship. It is also a story about the only female student in a class full of boys; a disabled woman from the Balkans wrestling with prejudices in Western Europe; a woman mourning her abandoned daughter, caring for vulnerable boys, and coping with her brilliant but probably autistic husband. Drakulić’s compassionate writing captures the patriarchal brutality of those times, and is a compelling reminder that the obstacles and attitudes that Mileva encountered as a woman over a century ago are by no means a thing of the past.

The European Literature Network is publishing a taster translation (by Christina Pribićević Zorić) of this engaging novel, in the hope that it will soon be published in English.