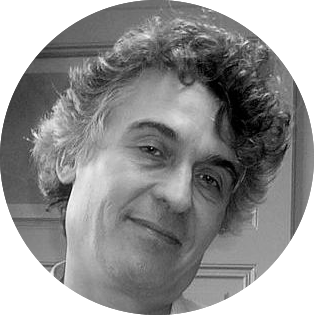 skim through the rain clouds

of those who despair most

and have no voice,

your azure, capture our eyes

lay down the emerald of a hypothesis,

Then, touch every thing

Fabio Pusterla is a poet, translator, essayist and scholar. For his work, translated into many European languages, he has been awarded the Premio Montale, the Schiller Prize, the Premio Dessì and the Premio Lionello Fiumi, the Premio Prezzolini for translation, the Premio Marazza and the Gottfried Keller Prize.

Vanni Bianconi was born in Locarno and now lives in London. He has published four poetry collections in Italian and one prose book in English, London as a Second Language. He’s the founder and artistic director of Babel, festival of literature and translation, and of the multilingual web-magazine (www.specimen.press).