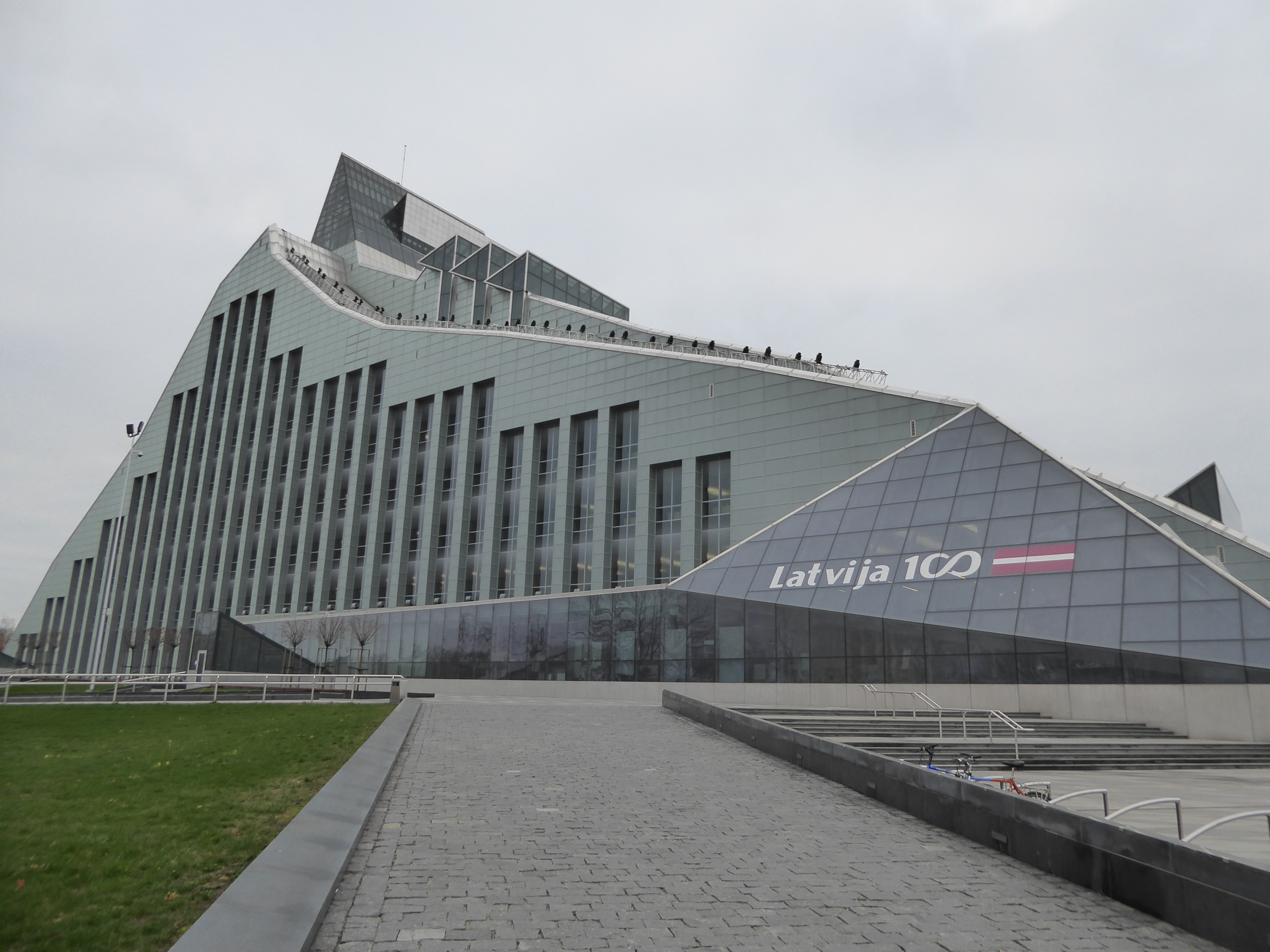 A literary visit to Latvia by Anna Maria Espsäter

Anna Maria Espsäter explores the Latvian literature scene as the country celebrates the centenary of its Declaration of Independence.

There’s a buzz about books in Latvia and I was lucky enough to enjoy a wonderfully informative stay in its capital Riga in November 2018. My visit coincided with the country celebrating the 100-year anniversary since its declaration of independence on the 18th of November 1918.

Latvian literature is relatively young by European standards and perhaps this is why it comes across as so vibrant. Although the first book in Latvian was published as early as 1585 in Vilnius, modern-day Lithuania, the formation of a Latvian literary tradition only seriously began in the mid-19th century, with the first Latvian novel published in 1879. Latvia may be celebrating its centenary, but it has spent less than half a century as a fully independent nation. A brief period of independence in the 1920s-30s was followed by first Nazi, and then Soviet, occupation, affecting all aspects of Latvian life, including literary output. Since 1991, however, with the restoration of independence, the number of new publishing houses and translations of Latvian books has grown.

Some 350-450 titles are published annually – not bad for a small language. As an author myself, I was intrigued to find that any book selling over 1800 copies is considered a best-seller in Latvia. Interestingly, both children’s books and poetry are selling well. In fact, many of the young authors in Latvia today are poets. Illustrators are considered as important as authors and this is reflected in the growing genre of children’s books.

Perhaps one of the main reasons that published literature emerged relatively late, is the country’s strong oral tradition. So-called dainas, or folk songs, capturing daily life and folk wisdom, form part of the cultural heritage and there are over 1.2 million dainas in existence. Many of their texts are stored in the Cabinet of Folksongs, housed in the National Library, which I visited on my first morning in Riga. Latvians love their books and are immensely proud of their new library, a modern architectural masterpiece, known as The Castle of Light.

Literature feels ever-present in the Latvian capital. I was staying at the Grand Poet Hotel, named after national poet, Rainis (1865 – 1929), whose statue holds pride of place outside the National Library. The library was opened in 2014 when Riga was European Capital of Culture. During my library tour, my guide told me stories of how a human chain of volunteers physically transferred books from the old library to the new. The event was so popular it took far longer than anticipated, leaving the dignitaries who had assembled for the official opening of the library to freeze outside. Latvians were also encouraged to donate a favourite book to the library. Thousands of donated books in as many as 30 languages have been assembled  into a special wall in the library which is already several floors high.

After such an exciting start, I couldn’t wait to immerse myself in Riga’s literary scene. Next up was a visit to an alternative café, bookshop and giftshop, aptly named Nice Place (http://www.niceplace.lv/en), where the entire ceiling was made up of books. This was one of many interesting and unusual spaces dedicated to literature and culture. I also visited Mr Page (http://mrpage.lv/), run by three women from different walks of life. This bookshop was a classic “we’ll do it ourselves” post-independence tale. The women had simply come together and opened the kind of bookshop they’d wanted to spend time in – a true passion project.

Poetry occupies a key place in Latvian culture. The Orbita poetry group (http://www.orbita.lv), which publishes in Russian, Latvian and English, is very established and well-known internationally. There is also a new generation of poets that is achieving recognition. I spent an evening meeting some of the country’s best-known poets, writers and playwrights. Or so I gathered by the end of the evening: Latvians are so modest, you’d never guess who they are, or what they’ve accomplished, from the way they introduce themselves. It’s no coincidence that their advertising campaign for the London Book Fair in 2018 – when the Baltic countries were the Guests of Honour – was entitled “I am introvert”.

The focus of my trip was to inform myself about Latvia’s literary scene, but I certainly wasn’t going to miss the country’s centenary celebrations on 18th November. These included a spectacular dance performance at Riga Arena – the ice-rink converted into to a dance stage for the occasion – where Latvia’s entire history was depicted through dance, both traditional and modern. There was also lots of singing, with choirs performing all over Riga, indoors and outdoors and a torchlit march commemorating freedom fighters through history. Finally, the most spectacular firework display over the Daugava River lit up the Latvian night sky, while images of poets and writers were projected onto the buildings during the Old Town’s Festival of Light – a fitting end to my literary adventure.

Anna Maria Espsäter is a freelance, multilingual writer, originally from Sweden, but based in the UK for many years. She’s authored, co-authored or contributed to, more than twenty books on topics as varied as travel in Scandinavia and Latin America, South American gastronomy and everything you’ve always wanted to know about cats. www.annamariaespsater.co.uk