For new translators securing a first translation can be difficult. It can take years of dedicated hard work and half the battle is simply trying to convince a publisher – who tends to commission seasoned translators – to trust your work. This is where the Peirene Stevns Translation Prize comes in.

Open to all translators without a published novel, this prize not only looks to award great translation, it hopes to raise the profile of translated literature while offering a new translator the opportunity to see their work in print. This is the only translation prize that results in the publication of a full novel – read on to find out how you can enter!

This year’s entries are required to be translations from Italian to English.

The winner of the Peirene Stevns Translation prize 2019 will receive £3500, a writer’s retreat in the Pyrenees and the publication of a full translated novel in 2020!

The retreat is an 18th century mill house in the foothills of the French Pyrenees. It comfortably sleeps 5/6 and comes fully equipped. There is a large garden with a natural swimming pond! The village is a 10 minute walk from the retreat. For your daily needs there is a store with a bakery in the church square and a bar/restaurant. The closest airport is Perpignan (50 minutes from the retreat) and transport can be arranged.

The winner will be announced on the 1st of March with the residency taking place between the 18th May and the 20th July 2019.

The focus of this year’s prize is the Italian novel Neve, Cane, Piede by Claudio Morandini. The novel reached number 5 on Italian best-seller lists and has been translated into four languages. The winner of the Peirene Stevns Translation Prize will produce the first English translation.

Neve, Cane, Piede follows the life of Adelmo Farandola a lonely old man living alone in the mountains. Retreating both into himself and deeper into the wilderness, he meets a hungry and persistent dog. Adelmo grows used to the dog and starts talking to it – after a while, the dog start to talk back… 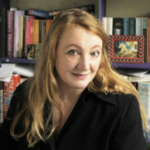 Amanda Craig is a critic and author of seven novels, often compared to those of Dickens, Balzac and Jane Austen. Her latest book The Lie of the Land was published in 2017. It was chosen as a Book of the Year by The Guardian, The Observer, The Telegraph, The Sunday Telegraph, The Irish Times and The Financial Times. She grew up in Italy and now lives in London. 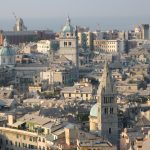 Gesche Ipsen is a freelance editor and translator, and has held editorial positions at Penguin, Pushkin Press and Duckworth. She has a PhD in Comparative Literature from UCL, where she founded the journal Opticon1826. She grew up in Italy and Germany, and has lived in London since Britpop was a thing. She promises us she is not actually the city of Genoa in real life, just a woman of mystery. 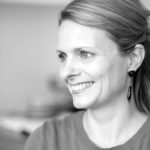 Meike Ziervogel is Peirene Press’s eminent Publisher. She grew up in northern Germany and came to London in 1986 to study Arabic language and literature. She founded Peirene in 2008 to bring the challenging brilliant literature she read in her native German to the UK market. Meike is also the author of four novels, all published by Salt in the UK. She is currently working on her fifth.

More information about the prize and the submission process here.