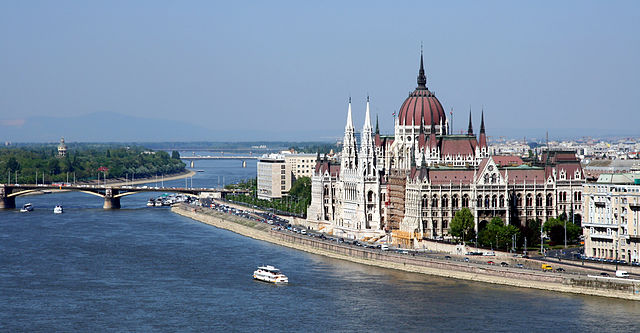 The paradox of digital transformation – the Hungarian case by Laszlo Szabolcs

A recent visitor to Budapest, the novelist Jonathan Franzen, believes that we are living in a “media-saturated, technology-crazed, apocalypse-haunted historical moment” which constantly gives one the feeling that the Krausian last days of humanity are near. Apocalypse notwithstanding, the American author—known for gluing off his laptop’s modem port so as not to let himself be tempted by the internet—was kind enough to accept the invitation to be the guest of honor for the 22nd International Book Festival in Budapest. He took part in several genuinely interesting and entertaining public discussions, gave a number of interviews, endured the photo sessions, signed a whole army of books, and then was free to finally do a little bird-watching in the Hungarian countryside.

Of course, the irony is that like most of the audience members at the discussion, I found out about his visit through the channels of what Franzen called the “infernal machine of technoconsumerism.” We were informed about the event, his books, his background, his obsession about birds, etc., on social media; then we shared these with our friends and invited them to attend the festival; and later on, read his interviews on the various literary websites which function as a dynamic network for culture in Hungary. Thus, it is quite easy to see how the digital and technological element was key in the realization of a very direct, personal, and (if you will) “traditional” literary experience. All that was missing from this symbiotic—part digital, part personal—encounter with a remarkable writer and his world of fiction was to read the book, The Discomfort Zone, which was newly published in Hungarian. For all the usual reasons (mobility, ease of access, storage issues, and in case of Franzen’s books, weight) I would have preferred to purchase the e-book version, but then I remembered: this was not an option. Just like it is not an option with many of the books published in Hungary.

Therein lies the paradox of the digital transformation of the publishing industry and the book marketplace in the country, and perhaps in the whole of Central and Eastern Europe. The wide-ranging and effective online promotional measures of the publishers, and the up-to-date media savvy of the (granted: urban, middle-class) public are not matched by an e-book production process or marketing strategy—which could complement the market for print books. The Hungarian literary scene has all but embraced the digital ways of the online realm. A forthcoming book now gets an early Facebook page which is widely shared and liked online, then excerpts and cover images start to appear, and a short trailer is made for Youtube by fellow filmmaking artists and actors, all building up to the book launch which can be live-streamed and tweeted. Afterwards come the online news reports, the sometimes clickbait-sounding, but insightful reviews, and (a trend which is becoming highly popular) Facebook photos with fans holding the book in various settings and holiday destinations.

Recent data on the Hungarian book market indicates that these strategies might have led to success, since the continued decline in book sales after 2008 finally turned in 2013, and there was a 2% increase for 2014 (as reported by the Hungarian Publishers’ and Booksellers’ Association ). Yet, while print books and authors are promoted through online and digital methods, there is almost no initiative in creating an e-book market. Although the main publishing houses have slowly started to produce e-book versions for a small fraction of their output, the two websites for e-book commerce (ekonyv.hu and dibook.hu) have very low visibility. Making matters worse: the websites of the publishing houses do not even have links leading to the e-book stores. In such circumstances, a couple of hundred sales for an e-book seems already a success, and the total market-share remains under 1% (a meager 130,000 euros in the 146-million-euro Hungarian book market).

As most specialists agree, the reasons for the slow and inefficient development of the e-book market are partly cultural and partly bureaucratic. There is no denying the fact that in Hungary (and in the wider region as well) there is a strong culture of internet piracy, based on the almost unquestioned principle that everything downloaded should be free of charge. In a survey conducted at the 2013 Budapest Book Festival, half of the respondents answered that they had read at least one e-book in their lives, but that 42% of them downloaded it illegally. Of course, it is safe to assume that the actual numbers for the use of piracy are much higher. Resulting from this is the other reason for the reduced scale of e-book production, namely that the author’s royalties for e-books are quite high: as opposed to the 6–12% for print books, it rises to 25–50% for the e-book editions (unofficially meant to compensate for the loss caused by illegal downloads). But most important of all, the underdevelopment is caused by the famously unfair EU tax legislature which deems e-books as “electronically supplied services,” and keeps their tax rates of VAT at 27%, in contrast to the 5% on print books. Unfortunately, as the recent ruling of the European Court of Justice against both France and Luxembourg showed , tax reforms for this domain are not likely to take place in the near future, maintaining relatively high prices for e-books throughout the EU.

Yet, perhaps we shouldn’t be too harsh on the prolonged infancy of this new form for reading: we are experiencing the difficulties of an exciting and unpredictable paradigm change. All we can hope is that through this transformation we will get closer to a truly rich, thought-provoking, and entertaining experience of literature.

This blog was originally published on ELit Literature House Europe on 21 May 2015.