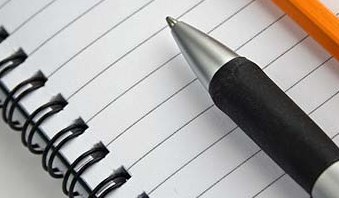 This is the first time that I’ve finished writing a novel since I’ve been living in France. I believed that writing outside of my country would increase my feelings of being no place. But now I am able to say that writing itself can become a home. It occupies the place of home and accompanies my wakefulness while moving through so many transient places; I inhabit writing when I am between one train or airplane and the next. I live today in a place of shrinking dreams, in streets that don’t look like me, in places that make me question if I’d ever be able to carve the letters of my language in their stones. But I find myself drawing circles in the air and writing on the surface of the rivers’ waters. These places are intractable. Both intractable and attractive, I don’t know if I prefer to remain outside them or go right inside. If I go in, I’ll narrate the seductive fullness of remaining on the margins—that is to say, I’ll always stay on the outside to some degree. These are migrating people’s places, in which writing looks like nothing but itself, and in which travel and movement change words. I write what all my senses capture on my daily hunt in these new places. I write my transformation and the transformation of my language. I also write while longing for home and I meet other people who live placelessness, just like me, and who write it in another language.

In all my moving around, I have learned how to lighten my load. Travelling has forced me to trick myself into giving up everything I think I need. Giving things up is a means of persevering.

I travel light. I keep my language; I stay attached to it and make it something ever present. It’s in my suitcase and my body, my memory, my papers and my books. It’s in a song whose opening lines stick in my head whenever I hear it sung.

Somehow writing is able to continue on out of place—it strolls through the corridors of Twitter and Facebook. It can capture transient memories on virtual walls. It’s the life of someone living in a world that is not the one they came from. It also migrates between two worlds, two places, two histories, two cultures—indeed between multiple places and multiple worlds. Its very place is inbetweenness.

his place has no sides and no corners; it’s open to every possibility.

And at this moment, there’s no place left to inhabit except language. Language itself becomes places to live in. As a “foreign writer,” I divide myself in these places, without moving. I furnish these places of language with my senses… I see them, listen to them, and touch them through writing.

This blog was originally published on ELit Literature House Europe on 28 May 2015.